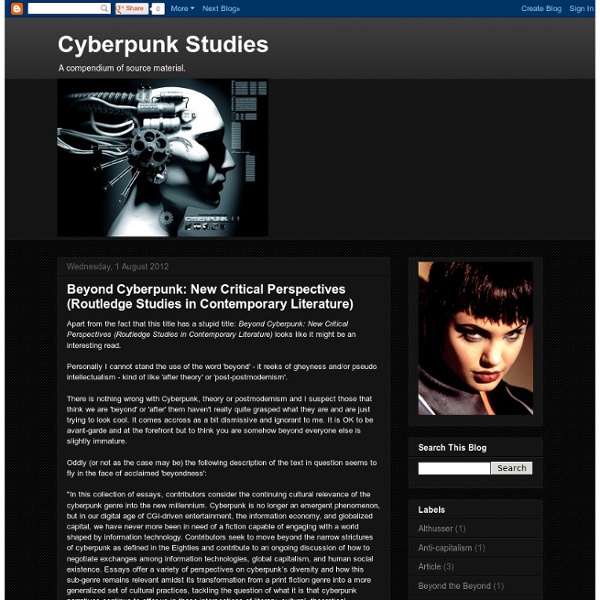 Brandon Sanderson: Sanderson's First Law Introduction I like magic systems. That’s probably evident to those of you who have read my work. For a while now, I’ve been working on various theories regarding magic systems. I’d like to approach the concept of magic in several different essays, each detailing one of the ‘laws’ I’ve developed to explain what I think makes good magic systems. The Law Sanderson’s First Law of Magics: An author’s ability to solve conflict with magic is DIRECTLY PROPORTIONAL to how well the reader understands said magic. When I applied to be on the programming of my very first Worldcon (following my sale of Elantris, but before the book was actually released) I saw that they were doing a “How does the magic work?” It my very first panel at the convention. I said something I took as a GIVEN. “Well,” I said. And every other person on the panel disagreed with me violently. I was dumbfounded. Then, I thought about it for a while. I disagree with this soundly—but in Mr. Soft Magic Hard Magic The Middle Ground

Brandon Sanderson: Sanderson's Second Law A few years back, I wrote an essay on creating magic systems that I titled Sanderson’s First Law. It had to do with the nature of foreshadowing as it relates to solving problems with magic. In that essay, I implied that I had other “laws” for magic systems that I’d someday talk about. I’ll start, however, by noting that none of these “laws” are absolute. These work for me. The Law Sanderson’s Second Law can be written very simply. Limitations > Powers (Or, if you want to write it in clever electrical notation, you could say it this way: though that would probably drive a scientist crazy.) Let’s do some explaining here. If I were to ask you about Superman’s magic, you’d probably talk about his ability to fly, his super strength, the lasers he can shoot from his eyes. However, is this what makes Superman interesting? I’d put forth that it is not. Think about it for a moment. But why is he weak to kryptonite? Superman is not his powers. What This Means for Writers This core is not original.

Glass Rivers And Lakes Flow Across Beautiful Tables By Furniture Maker Greg Klassen Talented Washington-based artist and furniture-maker Greg Klassen’s beautiful river- and lake-like desks and tables straddle the line between furniture and art. Due to his relationship with a local sawmill, Klassen has access to pieces of raw wood, which means that he can make use of its natural forms and beautiful imperfections for his creative furniture. These organic forms lend natural power to the “rivers” and “lakes” on his tables, which are completed with custom-cut panes of glass and look much like features on a topographical map. Klassen, who has a degree in theology, writes, “I try to marry the natural beauty of the wood with the skilled craftsmanship of the maker. More info: Website | Facebook | Shop (h/t: colossal)

How to Create a Unique Magic System for Your Book: 6 steps Edit Article Edited by Jonta, Maluniu, Grendle, Anonymo and 14 others Ever feel that books such as Harry Potter have taken all the good Magic set-ups in books? Despite the thousands of types of magic in books, it's still possible to make a brand new magic. Ad Steps 1Remember that magic is distinguished from science by the measure of mystery in its elements. 6Write your book and remember to follow your own guidelines! Tips Use abstract thinking. Warnings Use care when borrowing ideas from others. Things You'll Need A source of informationImagination and a lot of time

20 Of The World’s Best Restaurant And Bar Interior Designs A good interior design can do as much for a cafe, restaurant or bar as good food, drinks and service can. We made this list of establishments to show you some of the best bar, cafe and restaurant designs in the world, and most of them have even won awards for their interiors. Creating an amazing bar design is anything but simple. There are thousands of factors to juggle – What will your restaurant, bar or cafe’s style be like? When you think about just how much goes into the design of the modern restaurant interior, you’ll gain a whole new appreciation for these wondrously designed interior spaces. H.R. Designed by: H.R. Truth Cafe, Cape Town, South Africa Designed by: Haldane Martin The Jane Restaurant In A Renovated Church, Antwerp, Belgium Designed by: Piet Boon Bicycle Bar, Bucharest, Romania Designed by: Open Space Design Logomo Cafè, Turku, Finland Designed by: Tobias Rehberger Joben Bistro, Cluj-Napoca, Romania Designed by: 6 Sense What Happens When Restaurant, New York, USA Designed by: id

Horror Movie News, Reviews, and Interviews | The Blood Sprayer 30 Rooftop Garden Design Ideas Adding Freshness to Your Urban Home Not too long ago, we featured a post on Freshome entitled 38 Garden Design Ideas Turning Your Home Into a Peaceful Refuge, which turned out to be quite popular. Nourishing your love for gardening may prove difficult to do in an environment that lacks…a backyard. But we are here to offer alternative solutions to your home design issues. This post is a reminder of that unoccupied space above your building that could be converted into a beautiful urban oasis. Once you structure your rooftop garden in your mind, clear up the path for implementation. We're on a mission to spread inspiring content far and wide. Recommended For You Amazing Rooftop Garden Nestled Between Skyscrapers Striking Broadway Penthouse Rethinking the Concept of An Urban Garden 35 Irresistable Terrace Designs for Fresh and Dynamic Apartments Idea for underground parking in an urban environment Incredible Residence in Lithuania, a Perfect Escape from the Urban Jungle The Urban Lounge – An ergonomically pleasing seat