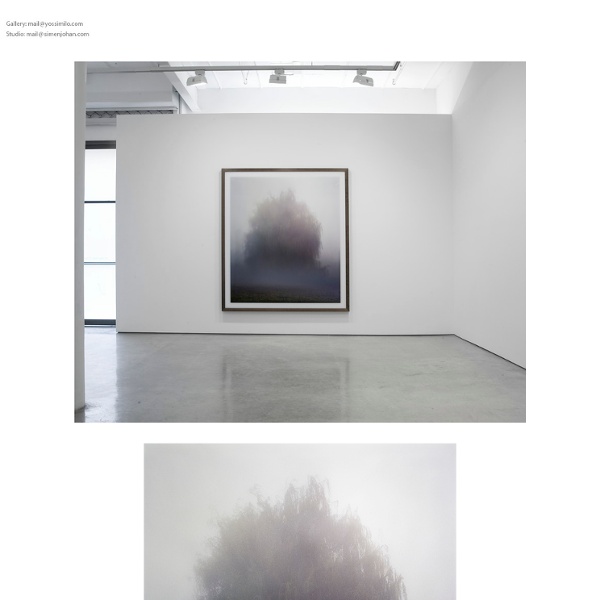 Tim Burtonesque Stories on Post-it Notes (13 pics) After you've seen the imaginative work of John Kenn, I bet you'll never see post-it notes the same way again. As his full-time job, Kenn writes and directs television shows for children. When he finds the time, he draws these dark and surreal stories of monsters, trolls and children in precarious situations. (Can't you just imagine him drawing these in a dark study, hunched over in a chair?) Kenn wonderfully calls his art "a little window into a different world." Notice all the small lines and intricate details!

22 Incredible Photos of Faraway Places Thailand Chances are you already know Steve McCurry as the man who took one of the most iconic photos of our time. It was of a 12-year-old Afghan refugee girl who's piercing green eyes told us her harrowing story. The image itself was named "the most recognized photograph" in the history of the National Geographic magazine and her face became famous as the cover photograph on their June 1985 issue. Echoes of War - StumbleUpon Sergei Larenkov His photographs of the siege of Leningrad and St. Petersburg really got lots of name on internet and are famous too. so we present some really nice photographs by sergei, where past and present meet in Moscow, Berlin, Vienna, Prague.. 1. - StumbleUpon Eating 10 hot dogs in 6 minutes and belching the national anthem may impress your friends, but neither of those feats will do much for your body—at least not much good. Instead, why not train yourself to do something that may actually pay off? We're not talking bench presses and interval training (though those do help). You can teach your body to cure itself from everyday health ailments—side stitches, first-date jitters, even hands that have fallen asleep. Just study this list, and the next time your friends challenge you to an ice cream eating contest, chow down: You know how to thaw a brain freeze—and 17 other tricks that'll make everyone think you're the next David Blaine.

It's Just a Plant Hi there, gentle reader! There’s a lot more, including a small history of prohibition and some thoughts on how the laws against marijuana might be changed. You can find a copy of the new hardcover book right here. Magic Mountain Hotel Located within the Huilo Huilo Private Natural Reserve,Chile, the hotel is nestled among the natural world. The Magic Mountain Hotel in the heart of the Huilo Huilo nature reserve. The architecture, combined with the forest setting, makes this truly a magical mountain.This hotel was made to look just like a volcano on the outside and has a waterfall which cascades down its windows and rocky walls.

Photographer Takes Stunning Surreal Photos With An Old $50 Film Camera Oleg Oprisco is a brilliantly talented photographer from Lviv, Ukraine, who creates stunning surreal images of elegant women in fairy-tale or dream-like settings. There’s one significant difference, however, that sets him apart from other artists who create similar work – Oprisco shoots using old-school film photography. The fact that he shoots with film means that everything you see in these photos had to be created that way – it couldn’t be done digitally. “I’ve found it ideal to do everything myself. National Geographic Photo Contest 2011 - Alan Taylor - In Focus - The Atlantic - StumbleUpon National Geographic is currently holding its annual photo contest, with the deadline for submissions coming up on November 30. For the past nine weeks, the society has been gathering and presenting galleries of submissions, encouraging readers to vote for them as well. National Geographic was kind enough to let me choose among its entries from 2011 for display here on In Focus. Gathered below are 45 images from the three categories of People, Places, and Nature, with captions written by the individual photographers. [45 photos]