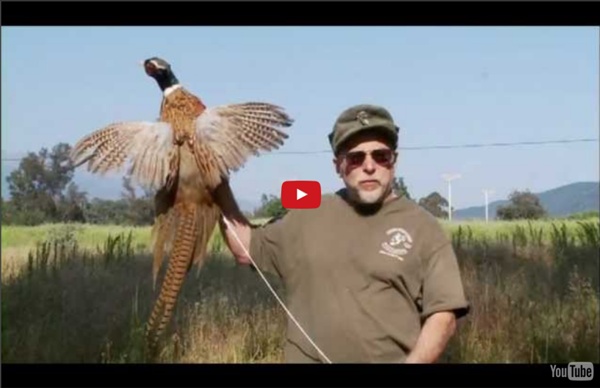 eBay Bidder Buys 4chan Screenshot, as Art, for $90,000 A screenshot of said screenshot. CNET reports that an eBay customer has bid $90,900 for a screenshot of a post on 4chan. Titled Artwork by Anonymous, the work features a user’s musings on the value of art. “Art used to be something to cherish,” they lament. To some, nearly $100,000 might seem like a lot to pay for the screenshot, which was free to take, is easy to duplicate and doesn’t really say anything Marcel Duchamp didn’t already say. CNET, thanks for pointing us to this story. Copyright 2016, Art Media ARTNEWS, llc. 110 Greene Street, 2nd Fl., New York, N.Y. 10012.

Harry Pointer During the 1870s, the Brighton photographer Harry Pointer (1822-1889) became well known for a series of carte-de-visite photographs which featured his pet cats. Pointer began by taking conventional photographs of cats resting, drinking milk or sleeping in a basket, but from around 1870 he specialised in photographing cats in a variety of poses, placing his cats in settings that would create a humorous or appealing picture. Pointer often arranged his cats in unusual poses that mimicked human activities - a cat riding a tricycle, cats roller-skating and even a cat taking a photograph with a camera. Harry Pointer soon realised that even a relatively straight-forward cat photograph could be turned into an amusing or appealing image by adding a written caption. Pointer increased the commercial potential of his cat pictures by adding a written greeting such as "A Happy New Year" or "Very many happy returns of the day". [PHOTO : Courtesy of Philippe Garner]

Play Him Off, Keyboard Cat! Birds with Arms About Birds With Arms is a photoshop meme in which images of birds are edited to have human arms editing on to their sides where their wings would have been. Origin Although bird images have been altered in many different ways in the past, the earliest thread where bird images were exclusively edited with human arms was in a thread on the Reeelapse Forums titled “Post pictures of birds with arms”, created on August 11, 2008. Spread On February 16th, 2009, the meme was featured in a thread on the Something Awful Forums titled “Photoshop Arms Onto Birds! Various Examples Search Interest

Loneliness Party (寂寞党) About The Loneliness Party (寂寞党) refers to a group of Chinese Internet users who commiserate over their loneliness and singlehood, in similar vein to the Solo Regiment on the Korean web. The party was established following the emergence of the viral catchphrase “What (X) is (Y)ing is not (Z), It is Loneliness” in 2009 and continues to remain active. Origin In early July 2009, a forum user on the Chinese BBS community Baidu Tieba posted a low-resolution webcam image of a man eating noodles with the accompanying text: “What [this] brother is eating aren’t noodles, but loneliness!” Shortly after the original post, other users on the forum began repeating this sentence with slight variations, giving birth to the phrasal template “What X is Y’ing is not Z, It is Loneliness” (Chinese: XY的不是Z，是寂寞) and a series of parody images centered around the theme of sad bachelorhood and loneliness. Spread Notable Quotes Wenlong_wenlong wrote: What brother is earning is not money, but loneliness. Image Macros

Save Toby About Save Toby is website made by two East coast college students, who have threatened to eat a small rabbit named Toby unless they receive $50,000. “On June 30, 2005, Toby will die. I am going to eat him. God as my witness, I will devour this little guy unless I receive $50,000 into my account.” Apparently, the two webmasters found an injured rabbit outside of their home, and nursed it back to health. It gained so much attention, that the owners of the rabbit were able to sign a book deal with Kensington Publishing. Hoax There are pieces of evidence that show that Save Toby was a hoax. Elsewhere Snopes Save Toby NBC Video About The Register s y b e r p u n k . c o m - Oolong - The pancake rabbit. Oolong. "The rabbit of this day was observed this way." And so begins each entry in Oolong's photo diary. I first discovered this website in June 2001. From that point I knew I had to find out the story behind this photo. I spent the next 3 hours going completely through every single picture on the site, reading every caption and comment and saving them all to my computer. I checked the counter on the site, and I was suprised at how very few visitors there had been to the site, about 2000 by my first count. Then I began sending a few friends this picture. Oolong's owner posted this message following his rise in popularity. Here are some facts about Oolong. Oolong Species: Oryctolagus cuniculus (Domestic Rabbit) Age: 7 Birthday: July 28 Sex: Male Location: Hokkaido, Japan. So how did Oolong's owner discover his rabbits unique ability for "Head Performance"? First one, then two, then three! After that, many many headperformances followed. My favourite pictures are the ones with food.

/an/ - Animals & Nature Internet Memes Timeline Trololololololololololo man Feb 28, 2010 6:00 PM Added to Youtube in November of 2009 the Video "Я очень рад, ведь я, наконец, возвращаюсь домой" had only few views until it was posted into several music blogs in march of 2010. In a week more than 1 million people watched the Trololololololololololo man sing his song. The title translates into 'I am very glad, because I’m finally back home'. The Singer is called Eduard Anatolyevich Khil born in 1934 who performed this song at a TV-Show in 1976. Why won't my parakeet eat my diarrhea? Nov 11, 2009 9:00 AM "Why won't my parakeet eat my diarrhea?" George W Bush shoes attack in Bagdad Dec 14, 2008 An Iraqi journalist hurled his shoes at Mr. Jizz in my pants Dec 7, 2008 Sickie Woo - Busted with the help of Facebook Oct 21, 2008 Chairman cracks under pressure SABC 2 Live with Chairperson of the finance portfolio committee - Nhlanhla Nene LHC is 42 Sep 11, 2008 11:19 PM The Large Hadron Collider is the answer to life, the universe, and everything Aug 5, 2008