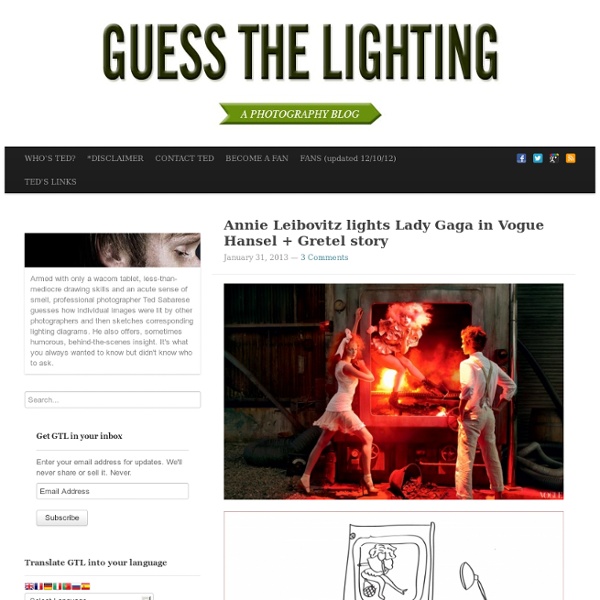 Photographer Captures An Underwater Dance Of Colors The shapes displayed in Luka Klikovac’s work look like colored smoke, or maybe strange deep-sea creatures, but they’re actually mixtures of colored and black liquids immersed in water. The Serbian photographer’s photo series is called Demersal and was based on the unique motions resulting from the combination of fluids. To create this psychedelic effect, the photographer used nothing but his camera and lights capable of showing the dance of fluid shapes captured by his lenses. No digital editing resources were used afterwards, so what you see in the images are actually the precise moments when the two elements were combined. Klikovac said that the goal of his work is to create images that allow people to escape from their daily routine and that his underwater shapes should be interpreted like the Rorschach inkblot test.

A Fashionable, Retro-Futuristic World In an ambiguous universe stuck between the present, the future and the 50′s, beautiful people lead a fashionable yet melancholic existence. Current and yet to be invented technology mingle with mid-century modern furniture and design. Photographer Ben Sandler captures the mood perfectly in his new series “Tomorrowland,” a world that seems cut perfectly for a movie scipt the likes of Gattaca. For more of Sandlers subtly surreal work, see his website bensandler.com Via: 1 2 3

Фото и рисунки, арт и креативная реклама Box is a collective project made with cardboard and miniature furniture. 2009-2012 Some photos just draw you in and you can’t figure out why. Sometimes it’s actually the not knowing that’s the attraction. That sense of confusion is exactly what the 354 Photographers collective out of Belgium is aiming for with their ongoing project Box. “A lot of people ask us what these scenes mean and we say they can mean whatever you want,” says Maxime Delvaux, one of the collective’s members. The photo series shows darkly bizarre dioramas built into cardboard boxes. Started back in 2009, Delvaux says the Box project was initially a portfolio piece for the then-budding collective whose original members also included photographers Kevin Laloux and Nicolas Velter. The dollhouse-sized cardboard settings allowed them to control every aspect of the photo. “We wanted to play with perception [in terms of the] people and objects they were around,” he says. “We try to not explain too much,” Delvaux says.

Mother Photographs Her Kids and Animals In Beautiful Russian Countryside EmailEmail Elena Shumilova is a brilliant Russian photographer, who gets her inspiration for her amazing photos from the everyday lives of her two little children, Yaroslav and Vanya, and the domestic animals they live with in the gorgeous outskirts of Andreapol, Russia. In her photography, the artist evokes long-forgotten magical realism, striking the viewer with the beauty in simple and precious things like human and animal friendship, a warm embrace, or just actually living in the moment. Take a look at Shumilova‘s photos, where kids, dogs, cats, rabbits, ducklings and geese are all one big happy family. Here are the photographer’s thoughts on photography and life that she shared with Bored Panda. Source: Flickr | 500px (via: boredpanda) “Children and animals – it’s my life. “When shooting I prefer to use natural light – both inside and outside. “When I graduated from school I entered Moscow Institute of Architecture where I practiced with sketching and painting a lot.

Breathtaking Surreal Self Portraits by 20-Year-Old Rachel Baran 20 years old U.S.-based photographer Rachel Baran creates powerful surreal and conceptual self portraits … Rachel Baran Secrets Of The Best Levitation Shots Shared The first time I saw a levitation shot, I stared at it for 15 minutes in astonishment. I could not conceive how the image was captured; I was captivated by the story it conveyed, it was surreal, magical and awe-inspiring. Conceptualizing the image and executing it can prove to be rather difficult and meticulous. Thankfully, photographers who have mastered the techniques involved in levitating have decided to share their secrets with us. Photo Credit (Featured image and the above two): Ravshaniya - 500px | Website I have heard that levitation images seem magical, but they don’t seem magical, they are magical. Photo Credit (above): Rey Vo Lution - 500px | Facebook - Nikon D90 50mm The interesting thing about levitation shots is that because the concept of a floating subject is so enchanting, the rest of the image can be simplistic in composition. Photo Credit: Sebastien Barriol - 500px | Facebook | Website - Canon EOS 5D 85mm Photo credit: Dani Diamond - 500px | Facebook - D800 16-35 Related

Polish Mother Of Two Takes Beautiful Pictures Of Kids Spending Their Summer In The Countryside Summertime is known around the world as a joyful span of months, a break from tiring schooldays and tedious assignments, a chance to relax, and let your hair down. Perhaps no one enjoys summer more than children, the memories from your own childhood summers might be enough on their own to fill you with happiness. One photographer in particular can help you conjure up these good feelings with her incredible images. Izabela Urbaniak is a mother of 2 boys and a photographer from Lodz, Poland. During the summer her family spends their time in a small village of Poland known as Lutowiska. In 2012 Izabela began creating a project she calls “Summertime,” which highlights how children in her rural town spend their summers as carefree kids living among farm animals and picturesque scenarios. Izabela’s photos from her “Summertime” collection are sure to inspire memories of your own favorite summers. Growing up Izabela spent her summers in the countryside with her grandmother.