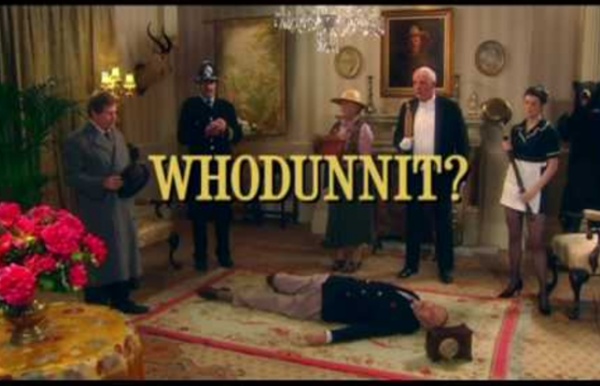 Classroom Murder Mystery Game: Mystery at Mr. Grim's Mansion (ESL/EFL) ESL Mystery Game: Mystery at Mr. Grim’s Mansion Strengths: Entertaining, speaking practice ESL Level: Intermediate to Advanced Listening: A Tour of London Tower Bridge, London (Copyright: Getty) When you visit a city for the first time, a good way to explore it is to go on an organised sightseeing tour. The tour will give you an overview of what there is to see and also provide you with some historical background. A popular way of seeing London is to go in one of the red double deck buses.

Why can't we trust what we see? Witnesses to a "murder" were tested on their powers of recollection The human memory can be impressive, but it is equally prone to letting us down. Now groundbreaking research has revealed the extent of just how fragile it can be - and how to use it better. You're in the pub and trouble starts. There is shouting, someone is stabbed, they die. It happened right in front of your eyes and the police want to speak to you. Past continuous/progressive worksheets: THE PAST CONTINUOUS TENSE Level: elementary Age: 12-14 Downloads: 3276 Past Continuous Level: intermediate Age: 13-17 Downloads: 2133 PAST CONTINUOUS-GRAMMAR AND EXERCISES (KEY+B&W VERSION INCLUDED) Level: elementary Age: 12-14 Downloads: 1871 Past Continuous: What was happening in the park?

Videos by WatchMojo.com in: Politics and History, 21st centurySeptember 17, 2015Top 5 Beer Factshosted by Chris MassonBeer is one of the world's oldest and most popular beverages, so of course it stands to reason that it is also one of its most fascinating. Crack open a cold one and join us for this instalment, in which we're looking at the most interesting facts about b PLAY VIDEO Mr. Preble Gets Rid of His Wife “Let’s run away together,” said Mr. Preble. “All righty,” said his stenographer. Mr. Preble jingled the keys in his pocket and looked out the window. “My wife would be glad to get rid of me,” he said.

Listening Listening Lessons Dogs, Dogs, Dogs - Idioms and phrases using the word 'Dog'. Get the phone! - A listening exercise. Listen to the phone conversation and then answer the questions. England riots: Timeline and map of violence Riots in London and around the country saw widespread looting and buildings set alight. Dozens were left homeless after a night of riots on the streets of Tottenham after a peaceful demonstration on 6 August over the death of a man who was shot by police turned violent. Here is a timeline of what happened, starting with most recent events. 00:22 BST - The Metropolitan Police say 1,103 people have now been arrested in connection with the riots and 654 people have been charged.