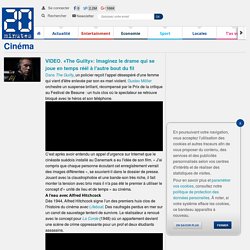 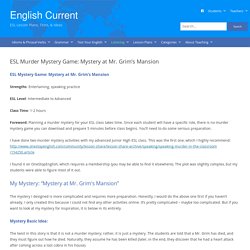 Grim’s Mansion Strengths: Entertaining, speaking practice ESL Level: Intermediate to Advanced. Speaking: Murder in the classroom. The Unicorn in the Garden. Board Message. Mr. Preble Gets Rid of His Wife. “Let’s run away together,” said Mr. 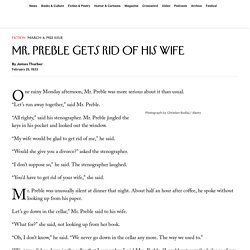 Preble. “All righty,” said his stenographer. Mr. Preble jingled the keys in his pocket and looked out the window. “My wife would be glad to get rid of me,” he said. “Would she give you a divorce?” “I don’t suppose so,” he said. “You’d have to get rid of your wife,” she said. Let’s go down in the cellar,” Mr. “What for?” “Oh, I don’t know,” he said. “We never did go down in the cellar that I remember,” said Mrs. “Supposing I said it meant a whole lot to me,” began Mr. “What’s come over you?” “We could pick up pieces of coal,” said Mr. “I don’t want to,” said his wife.

Un jeu d'enquête policière pour apprendre l'anglais cc @regitice35 @christelleques1 @Eng_Teacherette @Teachersilvert □ The beginning of the short story - The Fun They Had - English Day by Day. December 4 2009 6 04 /12 /December /2009 12:57 Today, we first warmed up about the gifts you were expecting to have for Christmas. 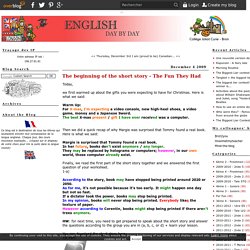 Here is what we said: Warm Up: For X-mas, I'm expecting a video console, new high-heel shoes, a video game, money and a Japanese Sword. The best X-mas present / gift I have ever received was a computer. Then we did a quick recap of why Margie was surprised that Tommy found a real book. Margie is surprised that Tommy found a real book. Finally, we read the first part of the short story together and we answered the first question of your worksheet. 1-a) According to the story, book may have stopped being printed around 2020 or 2050.

HW: for next time, you need to get prepared to speak about the short story and answer the questions according to the group you are in (a, b, c, or d) + learn your lesson. Crime and Investigation. Jack the Ripper Map of Spitalfields & Whitechapel 1888. The first whodunnit: How the murder of a three-year-old boy gave us the fictional detectives we know today. By Geoffrey Wansell Updated: 02:00 BST, 17 July 2008 The sun's rays were just appearing over the horizon in the early hours of a Victorian summer's morning. 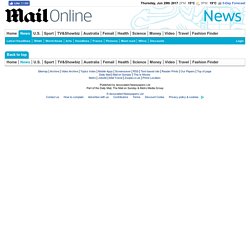 In an elegant Georgian house in the hamlet of Road in Wiltshire, all was quiet. The prosperous Kent family - nine family members, and three servants - were all asleep in their beds. Or so it seemed. Constance Kent. Jonathan Whicher was one of the original members of the Detective Branch which had been established at Scotland Yard in 1842. 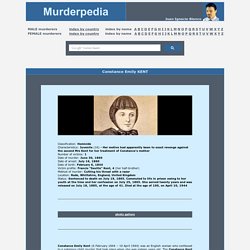 In 1860 he was called in to assist the investigation into the horrific murder of 4-year-old (Francis) Savile Kent. The child had been taken from the nursemaid's bedroom at night and was found, with his throat cut, in an outside privy in the garden of his family's house the next morning. The murder brought notoriety to the small village of Road (sometimes spelled Rode) in Wiltshire. When the nursemaid, Elizabeth Gough, reported the child missing at 7:15am to Mrs Kent, a search commenced for the child, who was found dead in an outside privy with his throat cut and a stab wound to the chest. TeachingEnglish. This is an activity that I've used with students of all levels to practise their ability to describe people and events and to produce questions. 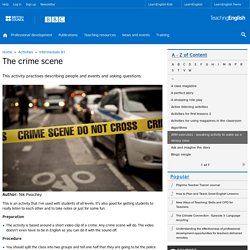 It's also good for getting students to really listen to each other and to take notes or just for some fun. Preparation The activity is based around a short video clip of a crime. Any crime scene will do. The video doesn't even have to be in English as you can do it with the sound off. Procedure You should split the class into two groups and tell one half that they are going to be the police and they are going to interview the witness to a crime. If you have a video that is in English you can play it with the sound on and, for higher levels, even extend the focus to reported speech: 'He told everyone to put up their hands.' 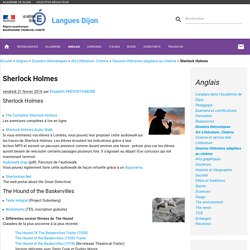 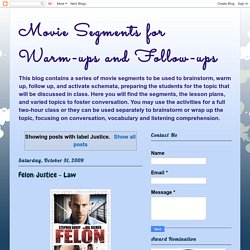 Describe the scene. 2. Jigsaw reading. Thief. Desiree's Baby by Kate Chopin. Madame Valmonde had not seen Desiree and the baby for four weeks. 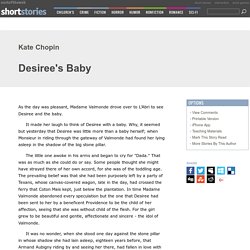 When she reached L'Abri she shuddered at the first sight of it, as she always did. It was a sad looking place, which for many years had not known the gentle presence of a mistress, old Monsieur Aubigny having married and buried his wife in France, and she having loved her own land too well ever to leave it. The roof came down steep and black like a cowl, reaching out beyond the wide galleries that encircled the yellow stuccoed house. Big, solemn oaks grew close to it, and their thick-leaved, far-reaching branches shadowed it like a pall.

Young Aubigny's rule was a strict one, too, and under it his negroes had forgotten how to be gay, as they had been during the old master's easy-going and indulgent lifetime. The young mother was recovering slowly, and lay full length, in her soft white muslins and laces, upon a couch. Test Your Awareness : Whodunnit? DETECTIVE STORY by Céline DELFOUR on Prezi. The crime scene. Crime + Investigation.