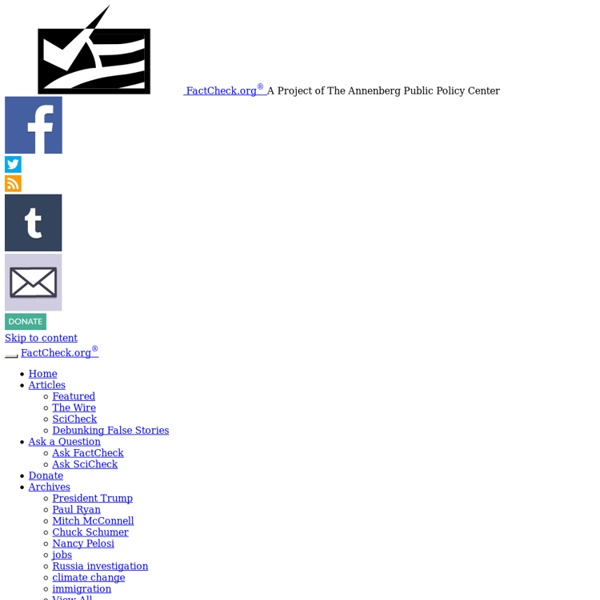 Here Be Dragons! - Photos Most Recent 1 - 5 of 41 Mysterious Light On MarsBeyond Belief Preview: Varla VenturaIllustration: City Bomb BlastEmerging Artists 4/7/14Volcanic Island Eats Neighbor The NASA rover Curiosity has beamed back a photo from Mars that shows a strange bright light that appears to emanate from the planet's surface. While NASA hasn't issued any official comment, bloggers such as Scott C. Fullerene The discovery of fullerenes greatly expanded the number of known carbon allotropes, which until recently were limited to graphite, diamond, and amorphous carbon such as soot and charcoal. Buckyballs and buckytubes have been the subject of intense research, both for their unique chemistry and for their technological applications, especially in materials science, electronics, and nanotechnology. History[edit]

SourceWatch Koch Spy Agency Led by Voter Fraud Huckster The Kochs have been complaining about a "lack of civility in politics" as they seek to boost their public image--but one of their top operatives helped propel perhaps the most egregious case of race-baiting voter fraud hucksterism in recent years. At the same time that the Kochs have been on a PR blitz, publicly spinning an image of themselves as well-intentioned patriots trying to make the world a better place and decrying "character assassination," they've been quietly ramping up a clandestine surveillance and intelligence gathering operation focused on their perceived political enemies, Ken Vogel reports at Politico. At the helm of this "competitive intelligence" operation is a man named Mike Roman, Vice President of Research for Kochs' Freedom Partners and who was paid $265,000 last year, according to Freedom Partners' recent tax filing.

SchoolJournalism.org : News, Information and Media Literacy The onset of the digital age forever changed the way readers interact with news and the way that journalists do journalism. Now that more data is produced in a single second that can possibly be consumed in a lifetime, the need for news literacy has never been more important. Simply put, news literacy is the ability to use critical thinking skills to judge the reliability and credibility of news reports and information sources. As 21st Century citizens, we must know what is in the news we consume — where to get the news, what to do with it and how to make news of our own. Want to learn more? Take a look at:

Fact checker A fact checker is the person who checks factual assertions in non-fictional text, usually intended for publication in a periodical, to determine their veracity and correctness. The job requires general knowledge and the ability to conduct quick and accurate research. The resources and time needed for fact-checking means that this work is not done at most newspapers, where reporters' timely ability to correct and verify their own data and information is chief among their qualifications. Publications issued on weekly, monthly, or infrequent bases are more likely to employ fact-checkers. Fact-checking, known as "research" at many publications, is most critical for those publishing material written by authors who are not trained reporters — such writers being more likely to make professional, ethical, or mere factual mistakes. Fact-checking methods vary; some publications have neither the staff nor the budget needed for verifying every claim in a given article.

Asemic writing Asemic writing from Marco Giovenale Asemic writing is a wordless open semantic form of writing. The word asemic means "having no specific semantic content". Fake-news search engine tracks spread of lies - CNET Now you can map the web of lies. A beta version of Hoaxy, a search engine designed to track fake news, was released Wednesday by Indiana University's Network Science Institute and its Center for Complex Networks and System Research. Hoaxy indexes stories from 132 sites known to produce fake news, such as WashingtonPost.com.co and MSNBC.website, and allows you to see how these sites' links spread across social media. Fake news has plagued the internet and social networks for a long time but has grown in prominence in the past year or so, forcing Facebook to introduce new features to flag false articles.

MIT's $1000 House Challenge Promotes Ground Breaking Designs Chui’s design is a series of repeated L-shaped walls made from earth blocks which are capped with a bamboo and corrugated roof. Each wall section is set 90 degrees from each other to create multiple rooms with an open center. The house was built in Mianyang, in the Sichuan Province which was devastated by the 2008 Chinese earthquake. Web Evaluation: Does This Website Smell Funny to You? One of my friends spent this past weekend working with her 2nd grade daughter on a research project. While her daughter flew through the arts and crafts portion and was able to handwrite the “sloppy copy” of her presentation, she struggled when it came to typing the final draft. She didn’t know where the period was.

The Self-Made Myth: Debunking Conservatives Favorite Photo Credit: Gage Skidmore April 25, 2012 | Like this article? Alan Turing Alan Mathison Turing, OBE, FRS (/ˈtjʊərɪŋ/ TEWR-ing; 23 June 1912 – 7 June 1954) was a British mathematician, logician, cryptanalyst, philosopher, pioneering computer scientist, mathematical biologist, and marathon and ultra distance runner. He was highly influential in the development of computer science, providing a formalisation of the concepts of "algorithm" and "computation" with the Turing machine, which can be considered a model of a general purpose computer.[2][3][4] Turing is widely considered to be the father of theoretical computer science and artificial intelligence.[5] During World War II, Turing worked for the Government Code and Cypher School (GC&CS) at Bletchley Park, Britain's codebreaking centre. For a time he led Hut 8, the section responsible for German naval cryptanalysis.

Building a Culture of Collaboration® In the wake of a contentious U.S. presidential election cycle, researchers and educators are shining a spotlight on critical “information literacy” skills. Determining authority, accuracy, and bias have long been essential aspects of analyzing content and sources of information. Today, this is no easy task for students (and adults as well) when authors of “information” do their best to deceive readers or hide their identity behind domains, such as .org, factual-seeming but phony statistical data, and authoritative-sounding language based on “pants of fire” lies. Likelihood function In statistics, a likelihood function (often simply the likelihood) is a function of the parameters of a statistical model. Likelihood functions play a key role in statistical inference, especially methods of estimating a parameter from a set of statistics. In informal contexts, "likelihood" is often used as a synonym for "probability."