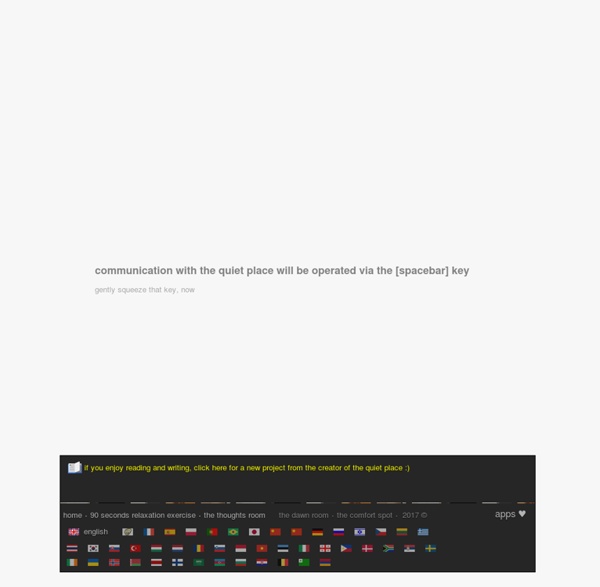 Skeleton of the Week, May 13: St. Notburga in Eben, Austria St. Notburga is the most impressive articulated and dressed skeleton in Austria. She is the patron saint of the poor and domestic servants, and is displayed at the Chapel of St. Bullish Life: When Men Get Too Emotional To Have A Rational Argument Jennifer Dziura writes life coaching advice weekly here on TheGloss, and career coaching advice Fridays on TheGrindstone. On the night of the election, I was alone in my apartment, refreshing CNN.com. The electoral tally went above 270. I refreshed again!

Scales and emotions See also a post about making chords from scales. So maybe you want to write a song or an instrumental in a particular mood or style, and you’re feeling overwhelmed by all the scales. Here’s a handy guide to the commonly used scales in Western pop, rock, jazz, blues and so on. Click each image to play the scale right in your browser with the aQWERTYon. Berne Convention for the Protection of Literary and Artistic Works of September 9, 1886, completed at PARIS on May 4, 1896, revised at BERLIN on November 13, 1908, completed at BERNE on March 20, 1914, revised at ROME on June 2, 1928, at BRUSSELS on June 26, 1948, at STOCKHOLM on July 14, 1967, and at PARIS on July 24, 1971, and amended on September 28, 1979 The countries of the Union, being equally animated by the desire to protect, in as effective and uniform a manner as possible, the rights of authors in their literary and artistic works, Recognizing the importance of the work of the Revision Conference held at Stockholm in 1967, Have resolved to revise the Act adopted by the Stockholm Conference, while maintaining without change Articles 1 to 20 and 22 to 26 of that Act.

Wallpaper Videos See the universe come to life via animations, scientific visualizations, expert commentary, and more. Musical instrument plans for download New! 11 String Kantele This is great new addition for 2013 and adds an extra C# in the upper octave to give a full diatonic D scale, This is a versatile instrument for Strumming and picking and easy instrument to make. plans include 5 drawings in pdf format, stringing chart and notes, and pictures of completed instrument. Video on youtube of this instrument! Video here Best to Buy this in conjunction with the Kantele CD-Rom disc or Download (see below) Invalidation Excerpts from an article by Cathy Palmer-Scruggs (Full article) Recently, I had a few situations to come up that called for some comfort from my friends. I really needed them. A few came through for me in just 'being there'...and others took it as their cue to 'give advice'...and believe me, it only made the situation worse.

Found at Auction: The Unseen Photographs of a Legend that Never Was Picture this: quite possibly the most important street photographer of the 20th century was a 1950s children’s nanny who kept herself to herself and never showed a single one of her photographs to anyone. Decades later in 2007, a Chicago real estate agent and historical hobbyist, John Maloof purchased a box of never-seen, never-developed film negatives of an unknown ‘amateur’ photographer for $380 at his local auction house. John began developing his new collection of photographs, some 100,000 negatives in total, that had been abandoned in a storage locker in Chicago before they ended up at the auction house. It became clear these were no ordinary street snaps of 1950s & 60s Chicago and New York and so John embarked on a journey to find out who was behind the photographs and soon discovered her name: Vivien Maier.

Kantele Koistinen concert kantele with 38 strings Construction[edit] Small kantele[edit] Lonely road: Why school is hell for transgender pupils - Schools - Education The day that Lauren Quick, 11, started at the mixed comprehensive in her Yorkshire home town, an older lad stormed into her classroom at break, shouting, "Oi, there's a tranny in here – show me where it is!" Suddenly, Lauren, who had been insisting from the age of three that she had "a girl brain in a boy's body", was surrounded. She was distraught and, weeks later, made her first attempt to kill herself.

The Paris Time Capsule Apartment A Parisian apartment left untouched for over 70 years was discovered in the quartier of Pigalle a few summers ago and I’ve been meaning to share the pictures with you. Time to unlock the vault … The owner of this apartment, Mrs. De Florian left Paris just before the rumblings of World War II broke out in Europe. She closed up her shutters and left for the South of France, never to return to the city again. Seven decades later she passed away at the age of 91.