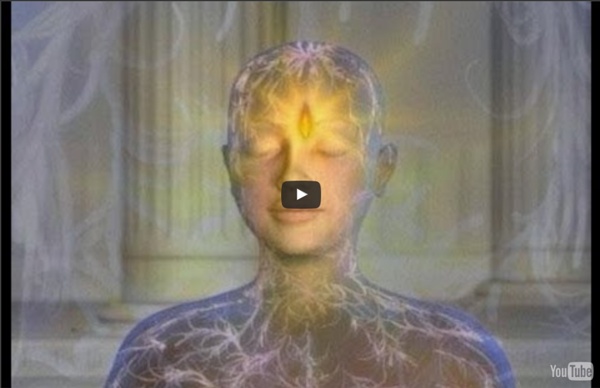 How to Meditate: What you didn't know about Empty Mind Techniques and your bliss Sow a thought and you reap an act; Sow an act and you reap a habit; Sow a habit and you reap a character; Sow a character and you reap a destiny. Empty mind meditation is one of the most popular and yet misunderstood types of meditation. I love it because it trains you to still (or control, depending on what you want) your thoughts and emotions. Why should this matter? 43 Simple Ways To Simplify Your Life Post written by Sherri Kruger. Follow me on Twitter. Simplicity. How can we make things simpler, more streamlined, or more efficient? Is this all just hype or is there actually something to this simplicity thing? The School of Remembering - Training for Certified Teachers The first system releases are for: Any Participants wanting to “Register” and “Enroll” for any global event from the Any Participants wanting to “Register” without enrolling for an event Any Participants who have attended previous (Awakening the Illuminated Heart) events 1. To register for any event follow these instructions: Select the: “See the Global Workshops Calendar” Select the event by location, date or by individual Teacher Select the “Read More” event button Select the “Blue” button below the Teachers photo This will start your process

Metta Bhavana Meditation The development of loving-kindness. Introduction. This is a Buddhist meditation practise, illustrating the importance placed on the development of compassion in Mahayana Buddhism. ('Metta' means 'lovingkindness' and 'bhavana' means 'cultivation'). When we practise this meditation, we start with ourselves. Why I've Decided To Stop Comparing Myself To Others Many people I know slave to the comparison game. I’m not as thin as so and so; I’m not as tall or as pretty. I’m not as wealthy as she or he is. I’m not as strong or as flexible. I’m not as funny or as intelligent.

Chakra Meditation Introduction. More than 2,000 years ago the Hindu yogis of India made a special effort to tune in to, and map, the energies of the 'aura' or 'subtle body'. Since then various, sometimes contradictory, descriptions have come down to us via a number of different routes including 'tantric yoga', 'laya yoga', kundalini yoga' and (relatively recently) 'theosophy'. The apparent contradictions between different traditions surely illustrate that this can be a complex and difficult area to investigate. With that complexity in mind, however, I have attempted to supply here a simple introductory 'generic' chakra meditation that synthesises information from a number of sources. Not claiming to be an expert in this area, I would suggest that anyone wanting to go further with subtle body work should a) quite probably, find a teacher who knows what they ate talking about b) get clued up on the the different traditions alluded to above.

Inspiration and Encouragement for Mindful Living Hi Gorgeous Soul! If you're new here, you may want to subscribe to the email newsletter to receive exclusive updates that uplift and inspire. Thanks for visiting! It’s incredible to me how mindfulness has changed my life. The lesson you never got taught in school: How to learn! A paper published in Psychological Science in the Public Interest evaluated ten techniques for improving learning, ranging from mnemonics to highlighting and came to some surprising conclusions. The report is quite a heavy document so I’ve summarised the techniques below based on the conclusions of the report regarding effectiveness of each technique. Be aware that everyone thinks they have their own style of learning (they don't, according to the latest research), and the evidence suggests that just because a technique works or does not work for other people does not necessarily mean it will or won’t work well for you. If you want to know how to revise or learn most effectively you will still want to experiment on yourself a little with each technique before writing any of them off. Elaborative Interrogation (Rating = moderate)

Kundalini Meditation As the Kundalini energy successively passes through the seven Chakras, it energizes each one of them by removing any blockage there, thus releasing the full potential of each Chakra with its special characteristics, and in the process conferring spiritual/paranormal powers (referred to as “Siddhis” in Hinduism) to the practitioner of Kundalini meditation. But spiritual teachers advise their students not to get hung up on these powers as they can hinder the process of spiritual growth. As mentioned earlier, Kundalini meditation must be practiced under the strict guidance of a spiritual teacher if you want to experience positive outcome. Kundalini syndrome refers to the negative effects of improperly practiced Kundalini meditation. By Claire Faregreen Popular related searches:

Eight weeks to a better brain Participating in an eight-week mindfulness meditation program appears to make measurable changes in brain regions associated with memory, sense of self, empathy, and stress. In a study that will appear in the Jan. 30 issue of Psychiatry Research: Neuroimaging, a team led by Harvard-affiliated researchers at Massachusetts General Hospital (MGH) reported the results of their study, the first to document meditation-produced changes over time in the brain’s gray matter. “Although the practice of meditation is associated with a sense of peacefulness and physical relaxation, practitioners have long claimed that meditation also provides cognitive and psychological benefits that persist throughout the day,” says study senior author Sara Lazar of the MGH Psychiatric Neuroimaging Research Program and a Harvard Medical School instructor in psychology. Subscribe to the Daily Gazette Sign up for daily emails with the latest Harvard news.

9 Simple Ways to Get Rid of a Negative Mindset “A man is but the product of his thoughts what he thinks, he becomes.” ~ Gandhi Getting into a negative mindset is far too easy, which invariably leads to unhappiness and depression. To avoid being overwhelmed by negativity we need to make a conscious effort to avoid the experience. When life seems like a perpetual dark tunnel these are some suggestions to change your outlook on life and help you get rid of that negative mindset.