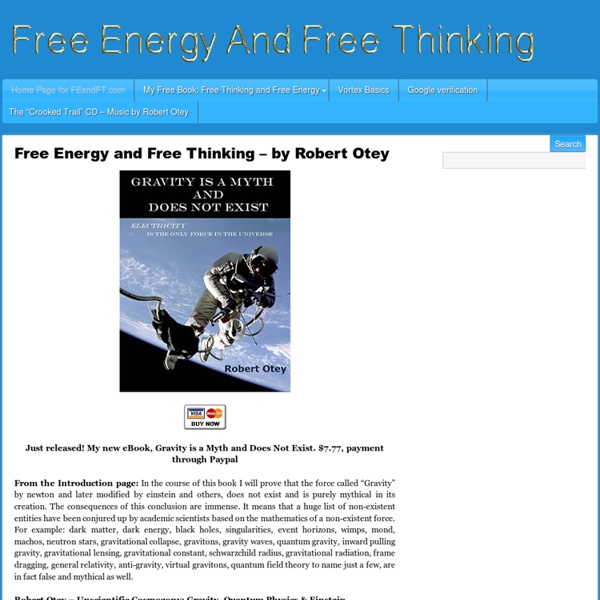 Walter Russell's work in Sacred Geometry, reveals: The True Nature of the Electric Universe: Space , Light , Gravity , Magnetism & Electricity , Energy , Vortex Mechanics , Free Energy and our divine inner connection to our Creator! My interviews with Matt Presti on various podcasts Exploration of Consciousness" Russellian Science Series: Playlist I teamed up with Matt Presti to create a video series explaining the fundamentals of the Creator centered and bounded Cosmology of an Electric Universe, as was taught by Walter and Lao Russell. The series is a process unfolding and has only just begun.

Starting With Nothing and Ending Up With Everything by Bruce Rawles Question: What's black and white and blinks in and out of existence 1044 (a lot) times per second? And is in every 1/1033 cubic centimeter of space (every teeny tiny bit)? Answer: Hey ... Everything! —W. Robynne McWayne from the book Radical Reality Human Form From Sacred Geometry New Discoveries Linking The Great Pyramid to the Human Form Copyright 1997 - 2000 CHARLES R. HENRY All Rights Reserved

The Rosetta Stone: Translation of the Rosetta Stone Sacred Texts Egypt Index Previous The Rosetta Stone, by E.A.W. Budge, [1893], at sacred-texts.com Golden Ratio by Mark Freitag Most people are familiar with the number Pi, since it is one of the most ubiquitous irrational numbers known to man. But, there is another irrational number that has the same propensity for popping up and is not as well known as Pi. Flower of Life Occurrences of the ornament[edit] The Flower of Life symbol drawn in red ochre Temple of Osiris at Abydos, Egypt Abydos (Egypt)[edit] Possibly five patterns resembling the Flower of Life can be seen on one of the granite columns of the Temple of Osiris in Abydos, Egypt, and a further five on a column opposite of the building. They are drawn in red ochre and some are very faint and hard to distinguish.[3]

Sundaze, Inside Out (6) Hello, today at Sundaze Rho-Xs is going Inside Out again, in this context i try lift some veils or enhance understanding of ourselves. Big media isn't interested in informing you, selling and controlling the uninformed is so much easier. One of the shocking things i've found out these last years is how corrupted science has become, and not just those chemists and doctors singing the big pharma tune. Corruption is not just a matter of money but status and career are just as effective, certainly when combined when combined with the bigotry and ignorance of previous science masters,( i call them cardinals these days...theres no pope in science but a lot of cardinals and vicious bishops...) . Fortunately people have been working on the truth, be it with limited means and yes even under death treats..thats how desperate these goons are to keep their status and illusions.

Pascal's Triangle and the Fibonacci Series Pascal’s Triangle, developed by the French Mathematician Blaise Pascal, is formed by starting with an apex of 1. Every number below in the triangle is the sum of the two numbers diagonally above it to the left and the right, with positions outside the triangle counting as zero. The numbers on diagonals of the triangle add to the Fibonacci series, as shown below. Pascal’s triangle has many unusual properties and a variety of uses: The Meaning of Sacred Geometry Most of us tend to think of geometry as a relatively dry, if not altogether boring, subject remembered from our Middle school years, consisting of endless axioms, definitions, postulates and proofs, hearkening back, in fact, to the methodology of Euclids Elements, in form and structure a masterly exposition of logical thinking and mental training but not the most thrilling read one might undertake in their leisure time. While the modern, academic approach to the study of geometry sees it as the very embodiment of rationalism and left brain, intellectual processes, which indeed it is, it has neglected the right brain, intuitive, artistic dimension of the subject. Sacred geometry seeks to unite and synthesize these two dynamic and complementary aspects of geometry into an integrated whole. Geometry as a Woman Further differentiating Sacred Geometry from the ordinary geometry of our school days is its’ relation to number and symbol. An old Masonic lecture from several centuries ago states: