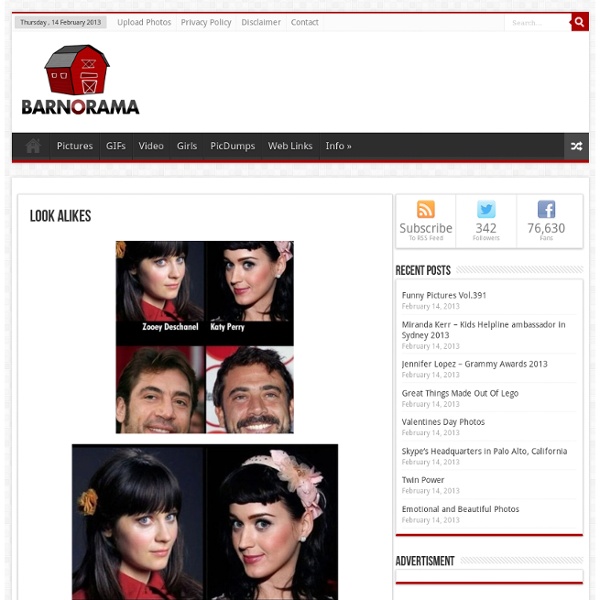 Brain Scanner Records Dreams on Video Just a few weeks ago, we posted about how brain patterns can reveal almost exactly what you're thinking. Now, researchers at UC Berkeley have figured out how to extract what you're picturing inside your head, and they can play it back on video. The way this works is very similar to the mind-reading technique that we covered earlier this month. A functional MRI (fMRI) machine watches the patterns that appear in people's brains as they watch a movie, and then correlates those patterns with the image on the screen. With these data, a complex computer model was created to predict the relationships between a given brain pattern and a given image, and a huge database was created that matched 18,000,000 seconds worth of random YouTube videos to possible brain patterns. Comparing the brain-scan video to the original video is just a way to prove that the system works, but there's nothing stopping this technique from being used to suck video out of people's heads directly.

How To Treat Others: 5 Lessons From an Unknown Author Five Lessons About How To Treat People -- Author Unknown 1. First Important Lesson - "Know The Cleaning Lady" During my second month of college, our professor gave us a pop quiz. Surely this was some kind of joke. "Absolutely," said the professor. I've never forgotten that lesson. 2. One night, at 11:30 p.m., an older African American woman was standing on the side of an Alabama highway trying to endure a lashing rainstorm. A young white man stopped to help her, generally unheard of in those conflict-filled 1960s. She seemed to be in a big hurry, but wrote down his address and thanked him. A special note was attached. Sincerely, Mrs. 3. In the days when an ice cream sundae cost much less, a 10 year-old boy entered a hotel coffee shop and sat at a table. The little boy pulled his hand out of his pocket and studied the coins in it. "Well, how much is a plain dish of ice cream?" The little boy again counted his coins. 4. In ancient times, a King had a boulder placed on a roadway. 5.

Glass door with a surprise Posted on November 23, 2010 in Bizarre Rate this Post (1 votes, average: 4.00 out of 5) Loading ... So... Check this out on our Partner Network Optical Illusions & Blog Archive & Body Art - Hand Animals - StumbleUpon These have to be some of the best examples of hand art I’ve ever seen. Great fun to look at for the kids and a real example of how to disguise your hand as an elephant, eagle or tiger. Click the main post for the full set of pictures. The Top 10 Psychology Studies of 2010 | Psychology Today - StumbleUpon The end of 2010 fast approaches, and I'm thrilled to have been asked by the editors of Psychology Today to write about the Top 10 psychology studies of the year. I've focused on studies that I personally feel stand out, not only as examples of great science, but even more importantly, as examples of how the science of psychology can improve our lives. Each study has a clear "take home" message, offering the reader an insight or a simple strategy they can use to reach their goals , strengthen their relationships, make better decisions, or become happier. If you extract the wisdom from these ten studies and apply them in your own life, 2011 just might be a very good year. 1) How to Break Bad Habits If you are trying to stop smoking , swearing, or chewing your nails, you have probably tried the strategy of distracting yourself - taking your mind off whatever it is you are trying not to do - to break the habit. J. 2) How to Make Everything Seem Easier J. 3) How To Manage Your Time Better M. J.

The Dalai Lama's 18 Rules For Living - StumbleUpon May 6, 2011 | 42 Comments » | Topics: Life, List At the start of the new millennium the Dalai Lama apparently issued eighteen rules for living. Since word travels slowly in the digital age these have only just reached me. Here they are. Take into account that great love and great achievements involve great risk. via OwenKelly Hot Stories From Around The Web Other Awesome Stories Frans Absil Music - Instrument names and orchestral terms This page gives an overview of instrument names and orchestral terms in English, Italian, French and German. Frequently used instrument names are presented in singular and plural, and instrument name abbreviations are shown in the last column of the table. Names and orchestral terms are given for various categories in separate tables. Reference sources are listed at the bottom of the page. Reference sources Here's a list of reference sources: Samuel Adler, The Study of Orchestration, 2nd Edition W.W.

Drum Notation | Learn How To Read Sheet Music Although most drummers do not like to admit it, being able to read sheet music and notation is a very important aspect to drumming. It took me a number of years before I decided to learn this material, but when I did, I was surprised on how much it helps. Learning how to read music, and how to understand drum notation brings you to a new level of drumming – a musicians level. Not only will feel more educated, you will be able to read sheet music, and turn it into music. Sheet Music We will begin by going over the basic symbols and notations for standard music. There will be many measures to the music. If you didn’t already know, the black dots are called notes. Drum Notation The first thing you need to know about drum notation, is not everyone has the same way of doing things. What you want to do is break down every space on the measure, and make every line and space represent something. For the toms, we will use the blanks spaces in the middle to represent each tom. There you have it!

Jacob Black and that alpaca are pretty similar, but then there's the fur. ;) by igowherethewindblows Dec 25

Elijah Wood and Daniel Radcliffe are pretty similar, but then there are the eyes. :) by allbears23 Dec 24