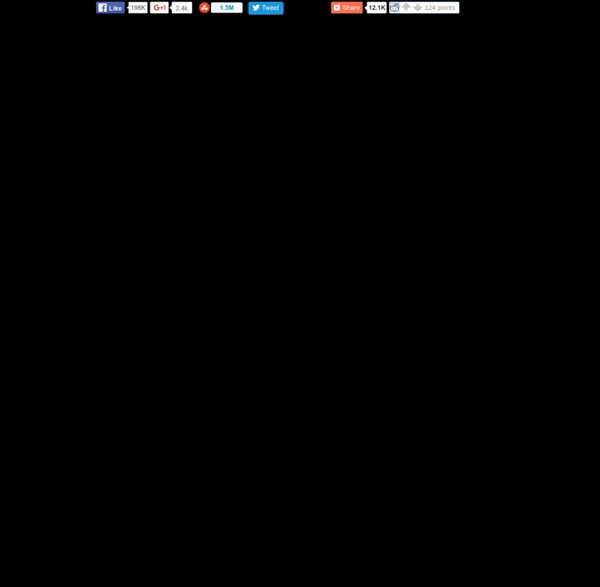 Oh, So That’s What That Really Means (13 Pics) November 7, 2011 | 44 Comments » | Topics: LOL, Pics (via) Hot Stories From Around The Web Other Awesome Stories Plitvice Lakes National Park, Croatia The stunning Plitvice Lakes National Park lies in the Lika region of Croatia. The park is surrounded by the mountains Plješevica, Mala Kapela, and Medveđak, which are part of the Dinaric Alps. The 16 blue-green Plitvice Lakes, which are separated by natural dams of travertine, are situated on the Plitvice plateau. Waterfalls connect the lakes, and the tallest waterfall is Veliki Slap at 70 meters (230 feet) tall. The Plitvice lakes area boasts a large variety of interesting and colorful flora and fauna.

James Bond villain lairs you can visit Privacy and cookiesJobsDatingOffers SubscribeRegisterLog in Accessibility links Advertisement Telegraph.co.uk Modern Art - Adding Life To An Angry Chef's Cartoon The modern art work has crossed the epitome of magnificence. The graphic highlights as to how can the creator himself perish if the designed subject gets furious. The angry chef in this case is intimidating the designer with his choppers. Probably, he is unhappy with the icing background. A sunny day with lots of ready made food around would have made the day for the chef. However, this truly isn’t the case this time round.

Products for Extremely Close Couples With Valentine’s Day creeping up, couples may find themselves searching for unique romantic gifts. Everyone else may find themselves searching for the nearest exits to get away from the lovey-dovey stuff. Some couples are just so sweet it’s sickening. Sure, being close to your partner can be really amazing, but there is such a thing as too close and everyone sees it but you two. Not sure what we mean? Check out these products for EXTREMELY close couples. DVD Studio Pro - Authoring a 5.1 DVD with Surround Sound - College of Communication Download PDF Written by Susanne Kraft, susanne.kraft@austin.utexas.edu 1. In Final Cut Pro export a quicktime reference movie 2. Use >Current Settings and make sure that “Make Movie Self-Contained is unchecked

Exclusive: The first pictures of blood from a 10,000 year old Siberian woolly mammoth First ever sample of mammoth's blood was discovered by Siberian researches. Picture: Semyon Grigoriev Scientists say they have found both blood and muscle tissue - perfectly preserved in the ice - from a Siberian mammoth. The blood had dripped out of the giant animal into a natural ice capsule and it represents a dream discovery for researchers. It comes amid a hotly contested debate on whether scientists should try to recreate the extinct species using DNA, though there now seems little doubt that this WILL happen, and the Russian team from Yakutsk that made the find is working in a partnership with South Korean scientists who are actively seeking to bring the mammoth back to life.

These images simply make no sense I don’t know exactly how I got to this site, ExplainthisImage, but after wasting about 2 hours on it, I just knew it’s pretty damn great. The site collects pictures around the web which simply make no sense and leave us all stretching our heads and say something like “wtf?”. Visitors are asked to explain every photo from the site and not only some of these pics are pretty damn funny, but the explanations already written will make you laugh even harder. You should definitely check it out. Since I tried to use those 2 hours in a productive way, we’ve decided to gather a gallery with some of the most awkward photos from this site. The Ultimate Road Trip Playlist — 50 Best Road Trip Songs  No road trip is complete without a playlist of songs that capture the spirit of traveling on the open road. So we’ve compiled a list of the 50 best road trip songs . In order to make this be-all end-all totally definitive list that all other lists look up to, the songs had to meet the following criteria: a.) encompass the excitement and freedom of road tripping b.) make the time pass faster

Minecraft (alpha) I plan on having several game modes: (copied and pasted from the blog) Creative mode You’ve got infinite materials and build without any delay. Can be played both as singleplayer and as multi player.You can share the maps with other players somehow. Perhaps just share the actual .level file manually?