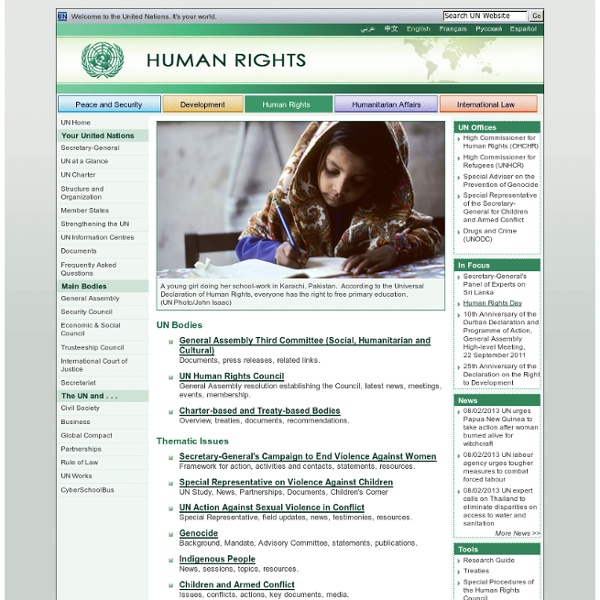 Fifty-year-old Saudi divorces child bride Last updated 09:34 01/05/2009 A 50-year-old Saudi man has agreed to divorce his nine-year-old bride, after the marriage drew international criticism. The decision, reported by newspapers Alwatan and Al-Riyadh, came after months of court hearings, criticism from the United Nations and an international media frenzy about Saudi Arabia's human rights practices. "This is a good step and I think the man did it because he was in a lot of pressure from everyone," Wajeha Al-Huaider, founder of the Group for Women's Rights in Saudi Arabia, told Reuters. Al-Huaider, who campaigned for the child, said she hoped the pressure generated by the case would eventually lead to a law banning child marriages. The child's mother, who opposed the marriage which took place when the girl was eight-years-old, took the case to court last year. The court in the small town of Onaiza upheld the marriage on condition that the husband did not consummate it until the girl reached puberty. - Reuters

Profile: Edward Snowden 16 December 2013Last updated at 06:59 ET Ed Snowden explains why he became a whistleblower (Video courtesy of The Guardian, Glenn Greenwald and Laura Poitras) Edward Snowden, a former US National Security Agency (NSA) contractor, now lives in Russia after fleeing the United States via Hong Kong in May, having revealed extensive internet and phone surveillance by US intelligence. Journalists who interviewed him at his secret location in Hong Kong described him as "quiet, smart, easy-going and self-effacing. A master on computers". Explaining why he decided to leave the US, he told the Guardian: "I don't want to live in a society that does these sort of things… I do not want to live in a world where everything I do and say is recorded." The US has charged Mr Snowden with theft of government property, unauthorised communication of national defence information and wilful communication of classified communications intelligence. Each of the charges carries a maximum 10-year prison sentence.

Water, health and human rights printable version Prepared for World Water Day. Written by Margret Vidar and Mohamed Ali Mekouar, Legal Office, Food and Agricultural Organization (FAO). Reviewed by the staff and experts from the Globalization, Cross-Sectoral Policies and Human Rights team (GCP), and the Water, Sanitation, and Health unit (WSH), World Health Organization (WHO).WHO/WSH/WWD/TA.10© 2001–2003, 2002 WHO The Universal Declaration of Human Rights recognises the inherent dignity and the equal and inalienable rights of all human beings. Human rights standards and international humanitarian law are essentially an elaboration of this statement. bad management of freshwater; the lack of planning; the unequal distribution of drinking water and sanitation services; the privatisation of state enterprises linked to water services; the regular increase in the cost of drinking water supplies. Water, health and human rights: 1,2,3,4,5,6 | Next page

The 'saddest bride I have ever seen': Child marriage still popular in Bangladesh Last updated 01:04, August 30 2015 Mohammad Hasamur Rahman, 32, poses for photographs with his new bride, 15-year-old Nasoin Akhter. On her wedding day, 15-year-old Akhter looked "melancholic," according to photographer Allison Joyce, who documented the teenage girl's wedding to her 32-year-old husband, Mohammad Hasamur Rahman, earlier this month in Manikganj, Bangladesh. "It's tradition for the bride to look shy and coy during the wedding," Joyce said in an email. Although Akhter's marriage is technically illegal in Bangladesh, laws against child marriage are rarely enforced. According to a report published in June by Human Rights Watch, the country has the fourth-highest rate of child marriage in the world, with 29 per cent of Bangladeshi girls married before the age of 15, and 65 per cent before the age of 18. Nasoin Akhter, 15, looks out of a dressing room at a beauty parlour on the day of her wedding to a 32-year-old man earlier this month. Nasoin Akhter - The Washington Post

Web design training: the top 20 online resources | Web design Web design can be daunting. Just the sheer amount of new techniques and acronyms appearing every day can make it seem scary and confusing, even if you're a professional web designer, let alone a beginner. But don't worry - help is at hand in the form of easy-to-understand web design training resources on the web. There are many approaches to web design training - some paid, some free; some interactive, some not; some based on text, others on video. Don't miss this! To make things easier for you, we've gathered the best 22 web design training resources on the web. 01. While many web training sites look colourful, attractive, and welcoming, with video and colourful graphics, W3Schools looks a bit flat and boring at first glance. Yes, yes, we know: there's been some criticism of the site, which has pointed out some technical errors in some of its lessons. 02. 03. 04. 05. 06. 07. No, we haven't added a rogue Harry Potter game in the list. 08. net magazine on Creative Bloq 09. 10. 11. 12. 13.

Why we just can't get enough water In many parts of the world, withdrawals of water from the world's rivers, lakes and aquifers now exceeds the rate at which nature can replenish flows. Photograph: Chinafotopress/Getty Images Some international conferences can be turgid events during which policy wonks compete to inflict a didactic death by PowerPoint on their audience. But World Water Week is a rare thing: a genuinely useful talkfest. This week's hot topic has been the nexus. In a nutshell, the upward trend in global population combined with rapid development in many emerging economies means that demand for food and electricity is sky-rocketing. As 1980s beat combo Depeche Mode might have put it, had they sung about water, "we just can't get enough." WWF's most recent Living Planet Report highlighted the disastrous impacts of such unsustainable water withdrawals on freshwater biodiversity. How do you solve a problem like the nexus? Essentially this involves smarter decisions about who gets water, how much, and when.

Indian sisters facing rape as dishonour punishment Two sisters in India were sentenced to be raped as "punishment" for their brother running away with a married woman from a higher caste in the latest caste incident to shock the country. Meenakshi Kumari, who is 23, and her sister, 15, would then be paraded naked with their faces blackened through the streets, according to a ruling from the all-male village council. The sisters have petitioned the country's Supreme Court to be protected from the so-called "eye-for-an-eye" ruling from the village council in Uttar Pradesh state, 48km from the capital, New Delhi. The family are from the Dalit caste, historically known as "untouchables". The woman was forced into an arranged marriage in February with a man from her own caste despite her relationship, according to Zee news, citing Meenakshi. The couple eloped in March, but returned to the village after the man's family were allegedly tortured by police. - Daily Telegraph UK

Pro tips: 20 steps to the perfect website layout | Web design When designing a website layout there are some common mistakes that often pop up, especially with interns and new designers. In this list of steps to the perfect website layout, we cover what every new website builder working within a digital agency should know and do before starting a new project, and what they should pay attention to during the process to avoid making these mistakes. These principles cover not only design aspects but also general workflow tips that will get the job done nicely. Follow them and you'll soon be on your way to creating professional website layouts. 01. Before starting the work you need to know what is it you are designing for. Good redesigns are not necessarily the most flashy ones but the ones that improve performance over time. 02. This seems very obvious but I've found too often that designers jump straight into their work before giving any thought to the problem they are trying to solve. 03. 04. It's as simple as it sounds. 05. 06. 07. 08. 09. 10. 11.

First gay marriages on steps of Whatcom County Courthouse Thursday, December 13, 2012 First gay marriages on steps of Whatcom County Courthouse I also like the reflection of background trees in the courthouse windows. Whatcom County Courthouse in Bellingham soon after marriage equality went into effect in Washington State. Posted by Robert Ashworth at 3:47 PM Labels: bellingham, election2012, gay rights No comments: Post a Comment Newer PostOlder PostHome Refugee crisis: Kiwi's first-hand account of trying to help Kiwi journalist Sophia Duckor-Jones is in Hungary, where the refugee crisis in Europe has come to a head. The former Newstalk ZB reporter shares her first-hand account of trying to help some of the migrants. I didn't really know what to expect when I arrived at Keleti station in Budapest. (App users tap here) Even the word refugee was slightly foreign to me. All I knew were that there were thousands of them, holed up at the station. Trapped. I had heard there were about 3000 refugees at the train station, but to me that was just a number. I arrived in Budapest on Monday night local time, for what was supposed to be part of my three month OE. On Wednesday morning I found out what the number 3000 looked like. Families were spread about the platform. I had to help, but I didn't know how. It was early in the morning when I arrived, and only one little store was open. I walked in and brought six big water bottles, bread, and bananas. I had to think carefully about who I gave the goods too. Video