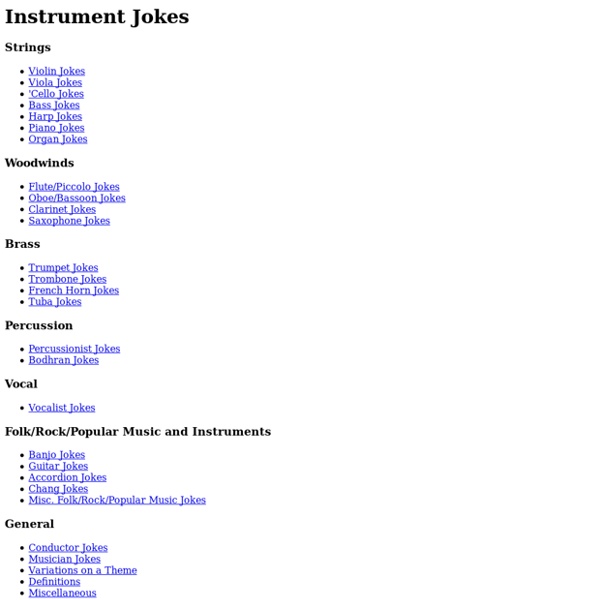 David Kaplowitz's Odd Time Page Note: I took this from this article on Wikipedia. I was really psyched about the article when I found it. At that time there were only 2 Zappa references in the whole article, which is sad in a discussion of odd times. So I started contributing as much as I could. Then it started turning into a silly "bigger is better" contest with some dunce (or a couple of dunces) adding up as many measures as they could count into one jumbo time signature. Yeah! While discussing this in the notes in that article, I was informed by another member of the wiki that Wikipedia's supposed to be about references to "established" or published authorities on the subject. Disclaimer: I have yet to verify much of this, so a lot of it is likely incorrect. Songs in 5, aka quintuple meter Songs in 7, aka septuple meter Mixed Meter Rush - Cygnus X-1: Intro, 13/8 (6+7). Rush - Limelight: Opens in 4/4, modulates to 7/4 for guitar hook, but goes to 6/4 for verses, then combines sections in 6/4 and 4/4. Other

zZounds.com - Musical Instruments Music Store. Shop for Guitars, Drums, Amplifiers and Equipment. Biography: Beethoven's life - Ludwig van Beethoven's website - Dominique PRÉVOT Beethoven's childhood At an early age, van Beethoven, took an interest in music and his father taught him day and night, on returning to the house from music practice or the tavern. Without a doubt, the child was gifted and his father Johann envisioned creating a new Mozart, a child prodigy. On March 26th 1778, at the age of 7 ½, Ludwig Van Beethoven gave his first public performance at Cologne. His father announced that he was 6 years-old. In 1782, before the age of 12, Beethoven published his first work, 9 Variations in C Minor for piano on a march by Earnst Christoph Dressler (WoO 63). In June 1784, on Neefe’s recommendations Ludwig Van Beethoven was appointed organist of the court of Maximillian Franz, the Elector of Cologne. At home, little by little, Ludwig replaced his father. Ludwig van Beethoven Music Prince Maximillian Franz was also aware of Beethoven's music and so he sent Beethoven to Vienna, in 1787, to meet Mozart and further his musical education.

The Mozart Effect® - Books, music, resources and more!® Guitar History Before the development of the electric guitar and the use of synthetic materials, a guitar was defined as being an instrument having "a long, fretted neck, flat wooden soundboard, ribs, and a flat back, most often with incurved sides".[1] The term is used to refer to a number of chordophones that were developed and used across Europe, beginning in the 12th century and, later, in the Americas.[2] A 3,300-year-old stone carving of a Hittite bard playing a stringed instrument is the oldest iconographic representation of a chordophone.[3] The term guitar is descended from the Latin word cithara but the modern guitar itself is generally not believed to have descended from the Roman instrument. Many influences are cited as antecedents to the modern guitar. A guitarra latina (left) and a guitarra morisca (right), Spain, 13th century Types Guitars can be divided into two broad categories, acoustic and electric: Acoustic guitars Renaissance and Baroque guitars Classical guitars Flamenco guitars

BBC Proms 2012 Google's MP3 Player Google’s MP3 Player Google has a nice little MP3 player you can use on your site, as Amit Agarwal found out by digging through Gmail code. Just append the URL of an MP3 file to " Below I've included a link to a podcast using Google's MP3 wrapper in a simple Iframe... and now you have streaming capabilities and a Google Video-like interface with a progress bar and sound adjustments. You can also replace above podcast with an MP3 URL of your choice: >> More posts Advertisement This site unofficially covers Google™ and more with some rights reserved.

Sunday Baroque Frequencies of Musical Notes Other tuning choices, A4 = Speed of Sound = 345 m/s = 1130 ft/s = 770 miles/hrMore about Speed of Sound ("Middle C" is C4 ) (To convert lengths in cm to inches, divide by 2.54) More information on the equal tempered scaleEquations used for this table Questions/Comments to: suits@mtu.edu There are no pop-ups or ads of any kind on these pages. To Physics of Music NotesTo MTU Physics HomeCopyright Info Classical Music Radio Stations - The Best Online Here are the top 5 classical music radio stations you can hear online, hand-chosen by an enthusiastic listener (me!)... BBC Radio 3. This world-famous UK classical music station is probably my favorite. I used to wake up each morning before school with some exciting classical piece playing right beside my head thanks to this station! Regular features include a composer of the week program, and a lunchtime concert. They also have some jazz radio, and more during the late-night "Late Junction" show.You can listen live, as well as up to seven days after a program has aired. So there are my top 5 classical music radio stations! Other Stations Here are some other stations you may want to have a listen to... WWFM ("The Classical Network") gives you several options for listening: either a streaming online flash player (so you can listen through your browser), two Windows Media streams (high bandwidth 96k or low bandwidth 32k), and an MP3 stream at 128k.

The Classics Network -- online resources for literature, philosophy, and the humanities The Classical Review CDs / DVDs » Blog Archive » TERRADELLAS Sesostri A program of Charles Ives’ music was performed Sunday at the American Academy of Arts and Letters. Sunday afternoon, the American Academy of Arts and Letters presented a concert in tribute to Charles Ives that also served as a grand announcement of their recent acquisition: Ives’s complete studio from his home in West Redding, Connecticut. The entire room has been transported and reassembled in the galleries, with The Unanswered Question on the music stand and pencil shavings on his desk. For a composer whose entire career was tied to memories of the past, the studio is itself an inchoate sketch of the music. As Vivian Perlis wrote in her insightful program note, “It can be said that Ives’s journeys to the past resemble nothing less than the re-living of times through sonic memories—inconstant, fragmented, difficult, aggressive, joyful and nostalgic.” The Violin Sonata No. 2 is a bridge between those two worlds. Like Mahler, Ives’ bedrock as a composer are his songs. Charles Ives’ studio.