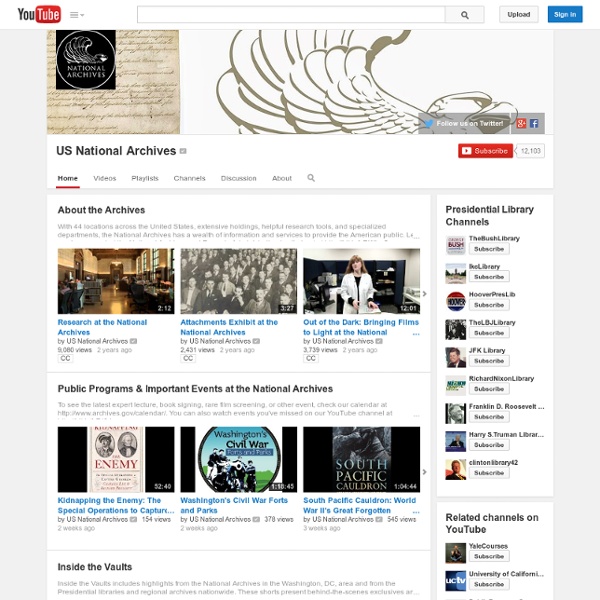 Related:  History of the United States of America - in Depth -

Race, Riot, and Rebellion: A Bibliography This morning on the other side of the Atlantic, I woke up early in preparation for a seminar on William Otter, whose History of My Own Times closes the list of our readings in my Revolutionary America class. Essentially, Otter was a brawling, violent, white man in the 1800s, living variously in New York, Pennsylvania, and Maryland. He jumped from job to job while engaging in various aggressive “sprees” against African Americans, Irishmen, and anyone else who seemed a likely candidate before becoming a burgess of Emmitsburg, Maryland.[1] And instead of getting up to prep this morning, I remained in bed, glued to the #BaltimoreUprising and #BlackLivesMatter hashtag on Twitter, as, I’m sure, were many of you during the late hours of the night. During times like these, it’s part of our jobs as historians to acknowledge that different types of violence have specific meanings that change over time. And so Juntoists have compiled a bibliography for our mutual education. Alexander, Michelle.

Teachers Homepage - National Geographic Education This website would like to remind you: Your browser (Firefox 17) is out of date. Update your browser for more security, comfort and the best experience on this site. Educators! Lesson plans for American history & literature teachers About AIC Lessons America in Class® Lessons are tailored to meet Common Core and state curriculum standards. The Lessons present challenging primary resources in a classroom-ready format, with background information and strategies that enable teachers and students to subject texts and images to analysis through close reading. Read more » The American Ritual of Racial Killings What strikes me most about the recent videos of black men dying and dying and dying is the repetition. They all seem familiar—as in: We’ve heard it before, and before, and then well before even that. The scenes splashed across the news have become almost ritualistic, prayerful; they have a narrative potency that seems to move of its own accord, an agency exceeding that of the humans involved, whether police or suspects, victims or bystanders. We all know the words, we all sing along. In North Charleston, South Carolina, the death of Walter Scott began with a litany like so many before it: He reached for my weapon, a struggle ensued, I feared for my life, the weapon discharged.

Coercive Acts - Teaching American History Boston Port Act (March 31, 1774) An act to discontinue, in such manner, and for such time as are therein mentioned, the landing and discharging, lading or shipping, of goods, wares, and merchandise, at the town, and within the harbour, of Boston, in the province of Massachuset’s Bay, in North America. II. III.

Three Men Who Shot Black Lives Matter Protesters Emerged From Internet’s Racist Swamps Talk of 'dindus' dominates rant. The white supremacists who showed up to a Black Lives Matter protest Monday night in Minneapolis and shot five African-American participants were not there just by coincidence. As more facts emerge in the case, it’s now beginning to appear that not only was the attack a carefully planned attempt to disrupt the demonstration, but the men who participated in the shootings had conversed on websites and in chatrooms where racist and other far-right extremist ideology flourishes. Indeed, the men began networking in real life as a result of their Internet hatemongering.

The Past, Present, and Future of the Black Lives Matter Network - Pacific Standard You won’t see Cathy Hughes or her son Alfred C. Liggins III named in recent headlines about Michael Brown and Ferguson, Missouri. Sherrard Burton, Lee Bailey, and brothers Tuckett and Michael Waite have not been commanding candidates’ attention about how their presidencies will make black lives matter. We don’t associate these folks and others like them with the more visible, more vociferous, and more technologically mediated fight for racial justice that many dub the “new civil rights movement.” But we should know their names; they represent the many Web designers, software engineers, and digital and media entrepreneurs of color whose pioneering work in the early days of the Internet powerfully contributed to today’s digital movement. What’s new about the present movement is that a new generation of activists comprises its front lines.

Katrina scenes overlaid The idea was to get exactly the same frame as then, lining up the print to compare the inundated city then with the New Orleans of today. My original idea when returning to New Orleans, where I documented events 10 years ago, was to look for the people I photographed back then. I found a couple of them quite easily. Others I located online but they didn’t reply, perhaps as they didn’t want to talk about a difficult period in their lives.

Hurricane Katrina 10 years on When I arrived in New Orleans after the 2005 hurricane, which caused flooding in 80 percent of the city and killed 1,572 people, the scene was quietly apocalyptic. There was dark water all around, empty highways, bodies wrapped in plastic. The calm before the storm, the saying goes. But for many survivors of Katrina, it’s the calm after the storm that truly haunts. Wright Thompson on life, loss and renewal in New Orleans 10 years after Hurricane Katrina Editor's note: This story contains mature language. ith the air conditioner off for filming, the only noise in Steve Gleason's home is the breathing machine that keeps him alive. That's as good a place as any to start a Katrina story, with the wires and plugs and tubes strapped to the back of his wheelchair, a life-support apparatus doing the heavy lifting for one of the most fervently alive people the city has ever known. The city has known its share. New Orleans treasures hyperlocal folk heroes: Soulja Slim, the king of the street rappers before the storm, shot at least three times in the face and once in the chest, dead in his black Reeboks; Trombone Shorty, who closed out this year's Jazz Fest instead of Elton John or Lenny Kravitz; Chris Rose, the Pulitzer Prize-winning newspaper columnist who wrote the best stories about the storm until his life unraveled and he found himself waiting tables. Gleason is that kind of hero.

#BlackLivesMatter Archives The plight of the Black community, in Baltimore and elsewhere, should not overshadow the vibrancy and resilience of Black people. News reports revealed this week that the leader of a white supremacist group cited by Dylann Roof, the gunmen who killed nine Black people at Emmanuel African Methodist Episcopal Church in Charleston, South Carolina, had donated tens of thousands of dollars to three Republican presidential candidates. This weekend I won’t be enjoying a lazy summer day at home. I’ll be participating in United We Fight with thousands of people to uphold my commitment to this movement for Black lives.

Paula T. Connolly, "Slavery in American Children’s Literature, 1790-2010" (U of Iowa Press, 2013) Paula T. Connolly View on Amazon The “peculiar institution” upon which the US nation was founded is still rich for examination. Perhaps this is why it is a subject to which 21st century authors continue to return. In this exploration of slavery, Paula T. Black Lives Matter in South Carolina Editors’ note: This article is part of a special section on American Movements from our forthcoming summer issue, which went to press before last week’s murder of nine black congregants at Emanuel AME Church in Charleston. When intellectuals and pundits talk about race in America, the South takes on a dual role. At times, the South functions as an exceptional part of the nation, a region where white supremacy is the default mindset. It escapes redemption, and it cannot be reformed. This, at least, is the depressing view often espoused on liberal and left blogs, or coursing through the pages of otherwise “forward-thinking” magazines.

The Legacy Of The Charleston Pastor Killed In Last Night's Shooting Reverend Clementa Pinckney, 41, pastor of the Emanuel African Methodist Episcopal Church in Charleston, South Carolina was among the nine people gunned down in the historic sanctuary Wednesday night allegedly by a young white man who witnesses say spent more than an hour with the congregation in the church before he began shooting. Pinckney, who had led the church since 2010, has also served in the state legislature since 1997. At 23 years old, he was one of the youngest individuals and the youngest African American to be elected to serve in South Carolina. There, he represented Jasper County, where he grew up and attended public schools. Over his years, he advocated for legislation to reduce violence committed by both civilians and police.