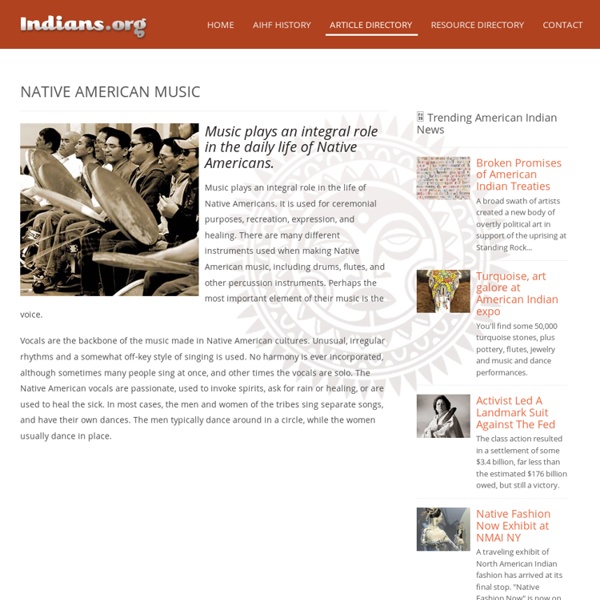 History of Reggae - The Reggaskas Reggae is a term that was coined sometime close to 1960. Derived from rege-rege, a Jamaican phrase meaning “rags or ragged clothing,” it is used to denote a raggedy style of music that grew up in Jamaica around that time. Reggae is a genre of music that has its roots in a number of other musical styles. Reggae shares many characteristics with Ska, such as a walking bass line with guitar and piano off-beats, but Ska is faster paced and also tends to incorporates jazz-influenced horn riffs. Reggae music is recognisable thanks to its heavy backbeated rhythm. Early reggae music had lyrics consistent in theme with its predecessor, Rocksteady, with songs often focusing on topics such as love. Many of the words used in reggae songs are incomprehensible to US and UK English speakers, as they are taken from traditional Jamaican patois or refer to Rastafarian concepts – for example Jah, meaning God. Reggae began to rise to international acclaim as the 1970s progressed.

A Brief Intro to Salsa – Styles of Salsa Music | Azucar! This is Part Two of a series of articles, where Jeff will try to explain what salsa is, its origins, its ambassadors around the world, and how its culture has influenced dancing worldwide. Check out Part One. Salsa music, through its ability to adapt to different cultures and styles, comes in many different varieties and flavors. There are many ways to categorize salsa music; however, the most accepted method to do so is by the time periods when the music is produced. Similar to how classical music is split into four eras (baroque, classical, romantic, contemporary), salsa music can be separated into four distinct styles – salsa clasica, salsa romantica, salsa dura, and modern salsa. Salsa clasica – the early years In the late 1960s, salsa had just started establishing itself in the United States. Salsa clasica is considered the “original style” of salsa music, and is used as the measuring stick for all the different styles of salsa music that came afterwards. Like this: Like Loading...

reggae | music Reggae, style of popular music that originated in Jamaica in the late 1960s and quickly emerged as the country’s dominant music. By the 1970s it had become an international style that was particularly popular in Britain, the United States, and Africa. It was widely perceived as a voice of the oppressed. According to an early definition in The Dictionary of Jamaican English (1980), reggae is based on ska, an earlier form of Jamaican popular music, and employs a heavy four-beat rhythm driven by drums, bass guitar, electric guitar, and the “scraper,” a corrugated stick that is rubbed by a plain stick. (The drum and bass became the foundation of a new instrumental music, dub.) In the mid-1960s, under the direction of producers such as Duke Reid and Coxsone Dodd, Jamaican musicians dramatically slowed the tempo of ska, whose energetic rhythms reflected the optimism that had heralded Jamaica’s independence from Britain in 1962. Carolyn J.

Reggae Reggae (/ˈrɛɡeɪ/) is a music genre that originated in Jamaica in the late 1960s. The term also denotes the modern popular music of Jamaica and its diaspora.[1] A 1968 single by Toots and the Maytals, "Do the Reggay" was the first popular song to use the word "reggae," effectively naming the genre and introducing it to a global audience.[2][3] While sometimes used in a broad sense to refer to most types of popular Jamaican dance music, the term reggae more properly denotes a particular music style that was strongly influenced by traditional mento as well as American jazz and rhythm and blues, especially the New Orleans R&B practiced by Fats Domino and Allen Toussaint, and evolved out of the earlier genres ska and rocksteady.[4] Reggae usually relates news, social gossip, and political comment. Reggae has spread to many countries across the world, often incorporating local instruments and fusing with other genres. Etymology[edit] Precursors[edit] History[edit] Reggae Month[edit] Bass[edit]

Jah Cure - Life We Live (video+lyrics) Lyrics to Life We Live by Jah Cure Every time you take one step Something pulls you back But you get back up each time you fall (aye) Wicked people and bad mind Lurking in the dark But I have no fear I walk with Jah (aye) Turn the world off And turn the music on Just light up another one Relax and just close your eyes (oh ooh) Natural mystic is in the air Bob Marley says have no fear Everything is going to be alright Some days you’re up and some you’re down Weak today, tomorrow strong Some you’ll lose and some you’re going to win (aye) That’s the life the life the life the life we live The life the life we live (wooo wooo wooo) Every time you hear this song Put your lights up Keep the fire burning in your soul (yeah) Good vibrations everywhere Feel it in your bones Too blessed to be stressed is what I sing (aye)

Big Jim: A journey into Tohono O'odham music, part 3 | Stories by Big Jim Griffith Now we come to the most familiar form of O’odham music — waila. The word means both this genre of music and “polka.” Modern waila is almost exclusively instrumental dance music, and is usually played on saxophone, button accordion, electric guitar, electric bass, and full drum kit. I have also heard it played on piano accordion and electric keyboard. The bands often alternate between polkas, two-steps (Sp.”chotis,” T.O. “chode”) and cumbias, a Caribbean-derived genre. The first two dance types are performed by couples in the standard waltz position, with an emphasis on small steps and smoothness. I’ve mentioned that by the mid-1800s, O’odham were playing polkas and other European-derived music. Loaded: 0% Progress: 0% Then around World War II, changes started happening. One more important musical instrument entered the waila tradition in the 1940s and ’50s: the button accordion. What do the bands play? The Canyon Records on-line store sells “Waila!”

Reggae Reggae is a music genre that originated in Jamaica in the late 1960s. While sometimes used in a broad sense to refer to most types of popular Jamaican dance music, the term reggae more properly denotes a particular music style that was strongly influenced by traditional mento and calypso music, as well as American jazz and rhythm and blues, and evolved out of the earlier genres ska and rocksteady. Stylistically, reggae incorporates some of the musical elements of rhythm and blues, jazz, mento, calypso, African, and Latin American music, as well as other genres. One of the most easily recognizable elements is offbeat rhythms; staccato chords played by a guitar or piano (or both) on the offbeats of the measure. The tempo of reggae is usually slower than ska and rocksteady.[1] The concept of "call and response" can be found throughout reggae music. Reggae has spread to many countries across the world, often incorporating local instruments and fusing with other genres. Etymology[edit]

Conjunto and tejano music: the Tex-Mex rhythm of the US | Travel The soundtrack of the American south-west would be incomplete without two unique Texas music forms: conjunto and tejano. Many have heard of the superstar conjunto accordionist Flaco Jiménez, while the killing of tejano idol Selena Quintanilla-Pérez made headlines. But these are just two among hundreds of performers who have created a rich, soulful musical identity for millions of Americans over more than a century. Conjunto is roots music, similar to blues or country, and began on the farms and ranches of southern Texas at the end of the 19th century. Later, pejoratively referred to as "cantina music", conjunto was a working-class phenomenon, while orquesta – which was heavily influenced by big band and jazz – became the music of the burgeoning Mexican-American middle class in the 1950s and 60s. Conjunto and tejano are suffering, though. For fans from south Texas to Austin, Albuquerque, Arizona and beyond, this is more than music, it's personal.

Tejano music Tejano music or Tex-Mex music (Texan-Mexican music) is the name given to various forms of folk and popular music originating among the Mexican-American populations of Central and Southern Texas. With roots in the late 19th century, it became a music genre with a wider audience in the late 20th century thanks to artists such as Selena (often referred to as "The Queen of Tejano"), Mazz, La Mafia, La Sombra, Elida Reyna, Elsa García, Laura Canales, Oscar Estrada, Jay Perez, Emilio Navaira, Gary Hobbs, Shelly Lares, Stefani Montiel, David Lee Garza, Jennifer Peña, and La Fiebre. Origins[edit] Europeans from Germany (first during Spanish time and 1830s), Poland, and what is now the Czech Republic migrated to Texas and Mexico, bringing with them their style of music and dance. At the turn of the century, Tejanos were mostly involved in ranching and agriculture. In the 1950s and 1960s, rock and roll and country music made inroads, and electric guitars and drums were added to conjunto combos.

Salsa - History and Overview of Salsa Music By Tijana Ilich Updated September 11, 2016. Salsa is a word that inspires an instant reaction in Latin music lovers everywhere. It is the rhythm, the dance, the musical excitement that sends millions of normally sedate non-Latinos to the dance floor where they meet their Latin neighbors, who are too busy enjoying the music to notice. Birthplace of Salsa There’s a lot of debate about the place where salsa was born. But there’s little doubt that if salsa had a passport, the date of birth would be the 1960s and stamped under place of birth would be New York, New York. Evolution of Salsa Between 1930 and 1960 there were musicians from Cuba, Puerto Rico, Mexico and South America coming to New York to perform. continue reading below our video They brought their own native rhythms and musical forms with them, but as they listened to each other and played music together, the musical influences mixed, fused and evolved. Of course, this musical hybridization was not a one-way street. The Name ‘Salsa’

History of Cajun music This article is about the history of Cajun music, which is not to be confused with Acadian music or French Creole music. Cajun music has its roots based in the ballads of the French-speaking Acadians of Canada, and in country music. Early years[edit] Joe Falcon's last accordion, a pre-WWII German "Eagle" brand The first form of traditional cajun music began before the 20th century in south Louisiana. When the Acadians came from New Brunswick & Nova Scotia to Louisiana in 1764, they brought with them many beautiful ballads that told stories of bygone years. In the late 19th century, affordable accordions were introduced into Louisiana and were adopted by both Cajun and Creole musicians. Some of the first accordions imported in America were "Lester", "Pine Tree" and "Bruno" brands, but they were bulky, cheaply made and hard to play. Early recording era (1920s through 1940s)[edit] The return of the accordion (1940s through 1970s)[edit] Contemporary era[edit] Today[edit] See also[edit]