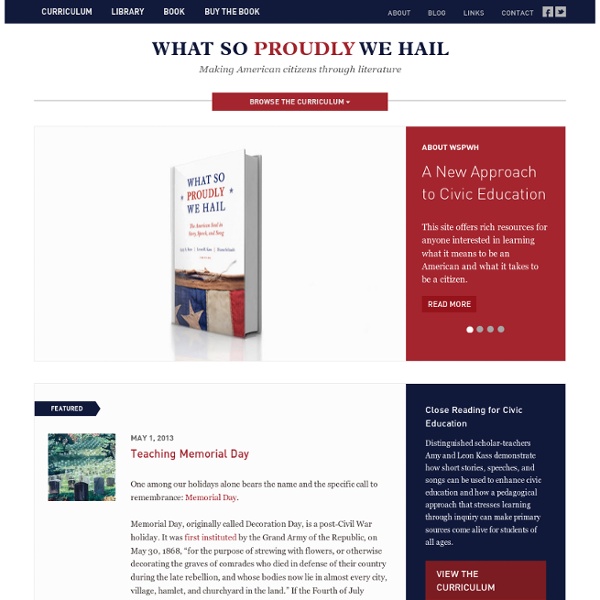 Wisdom Hunters » Citizenship Stewardship “But Paul said to the officers: “They beat us publicly without a trial, even though we are Roman citizens, and threw us into prison. And now do they want to get rid of us quietly? No! Let them come themselves and escort us out.” Acts 16:37 Citizenship in a free country is a gift from God, and not to be taken for granted. The unborn and the elderly are on the top of their list of whom to protect. Public service is a public trust. We are citizens of a greater kingdom who have a temporary assignment to engage in our earthly kingdom. Taken from the May 28th reading in the 365-day devotional book, “Seeking Daily the Heart of God”… Post/Tweet : Public service is a public trust. Download the free Wisdom Hunters app…

New York - State History New Yorkers are rightfully proud of their state's many achievements and contributions. This synopsis is adapted from a brief history previously printed in the Legislative Manual. Before the year 1900 New York harbor was visited by Giovanni Verrazano in 1524, and the Hudson River was first explored by Henry Hudson in 1609. The Dutch settled here permanently in 1624 and for 40 years they ruled over the colony of New Netherland. In many ways, New York State was the principal battleground of the Revolutionary War. The first government of New York State grew out of the Revolution. Alexander Hamilton was a leader in the movement which ended in the development of the Federal Constitution, and he was active in its ratification. In following years, New York's economic and industrial growth made appropriate the title "The Empire State," an expression possibly originated by George Washington in 1784.

Read Kansas! Are you looking for dynamic materials to teach reading and writing? Read Kansas!, our award winning curriculum, brings ready-to-use materials to you and your students. These lessons help students build reading skills as they learn about their state. Each lesson is designed to use informative text to develop critical thinking skills. Most of these lessons were developed using the Kansas Social Studies standards of 2004 and the earlier version of Kansas Language Arts standards. Primary - 18 lessons for kindergarten through third grade Intermediate - 12 lessons based on fourth grade Kansas history standards, suitable for other grade levels Middle School - 43 lessons based on seventh grade Kansas history standards, work well for other grade levels where Kansas history is taught, excellent preparation for the Kansas Social Studies Assessment High School - three lessons with Kansas history embedded into American history Order Read Kansas! The Read Kansas!

Dear Mrs. Roosevelt During the Great Depression, thousands of young people wrote to First Lady Eleanor Roosevelt for help. They asked for clothing, money, and other forms of assistance. Robert Cohen of the University of Georgia tells us the story. How the Depression Affected ChildrenThe LettersMrs. Roosevelt's ResponseDigging DeeperLesson Plans A student-created project from Sacred Hearts Academy in Honolulu, Hawaii American Journeys: Eyewitness Accounts of Early American Exploration and Settlement Sage American History War Comes to America : National Archives and Records Administration Department of Defense. Department of the Army. Office of the Chief Signal Officer. (09/18/1947 - 02/28/1964) ARC Identifier 36073 / Local Identifier 111-OF-7 1942 War Comes to America This motion picture film examines world events that pulled the U.S. into World War II. DVD Copied by Tim Vollmer. Reviewer:GlamRockCowboy - favoritefavoritefavorite - May 5, 2013 Subject: Soundtrack out of sync The narration and soundtrack are both badly out of sync with the visuals, particularly in the second half of this film.