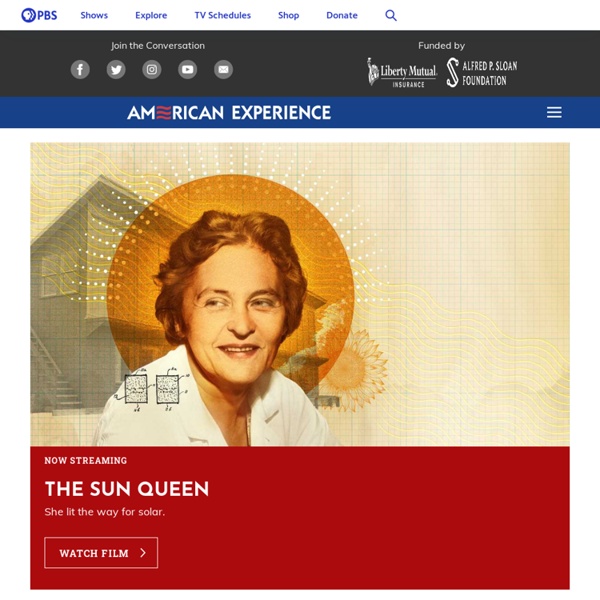 U.S. Department of State A People's History of the United States The Note: This great book should really be read by everyone. It is difficult to describe why it so great because it both teaches and inspires. You really just have to read it. We think it is so good that it demands to be as accessible as possible. The disclaimer: This version is made from OCR. 47 Countries - 800 million citizens Welcome to our weekly look at news and views of people involved in issues of human rights, democracy and the rule of law in Europe ! - Russian delegates no longer able to vote in Parliamentary Assembly PACE says the annexation of Crimea goes against Russia's commitments to the Council of Europe - Edward Snowden exposes reality of global mass surveillance to PACE Snowden says security agencies specifically targeted human rights organisations - 'Referendum' in and illegal annexation of Crimea have no legal effectPACE President Anne Brasseur looks to the future.

American History WEBSITES Best U.S. History Web Sites Library of Congress An outstanding and invaluable site for American history and general studies. Contains primary and secondary documents, exhibits, map collections, prints and photographs, sound recordings and motion pictures. The Library of Congress American Memory Historical Collections, a must-see, contains the bulk of digitalized materials, but the Exhibitions Gallery is enticing and informative as well. The Library of Congress American Memory in particular is an outstanding resource for American history and general studies. Center for History and New Media: History Matters A production of the American Social History Project/Center of Media and Learning, City of University New York, and the Center for History and New Media, George Mason University, History Matters is a wonderful online resource for history teachers and students. PBS Online A great source for information on a myriad of historical events and personalities. Technology in the U.S.

Countries Member countries of the EU (year of entry) The European Union has 28 member countries: On the road to EU membership Candidate countries Potential candidates Bosnia and Herzegovina Kosovo * * This designation is without prejudice to positions on status, and is in line with UNSCR 1244/99 and the ICJ Opinion on the Kosovo declaration of independence Joining the EU Becoming a member of the EU is a complex procedure which does not happen overnight. Map American History Kansas State Information - Symbols, Capital, Constitution, Flags, Maps, Songs « Previous: Iowa Next: Kentucky » Capital City: Topeka City Guides: Kansas City Guides Location: 39.037N, 95.691W Capital Tour: Capitol Tour 50states School Directory: Find your school! How the EU works The EU is a unique economic and political partnership between 28 European countries that together cover much of the continent. The EU was created in the aftermath of the Second World War. The first steps were to foster economic cooperation: the idea being that countries who trade with one another become economically interdependent and so more likely to avoid conflict. The result was the European Economic Community (EEC), created in 1958, and initially increasing economic cooperation between six countries: Belgium, Germany, France, Italy, Luxembourg and the Netherlands. Since then, a huge single market has been created and continues to develop towards its full potential. From economic to political union What began as a purely economic union has evolved into an organisation spanning policy areas, from development aid to environment. The EU is based on the rule of law: everything that it does is founded on treaties, voluntarily and democratically agreed by all member countries.

FedStats Global Views Welcome to Global Views, opinions about the world from ESL students from around the world. These students were interviewed in Kelowna, BC, Canada between April 1994 and the present. Their views presented in 'Global Views' are their own, and are not meant to represent their country or culture as fact. and To take advantage of the CD-quality sounds in these files, you will need a computer with a floating point unit (FPU), and the latest Shockwave Plug-in from Macromedia. 1. 2. [Top] 3. 4. 5. Brazil (Quicktime video 1.5 mb) Bulgaria (Quicktime video 1.6 mb) South Korea 6.Varia Produced by Brian Rhodes