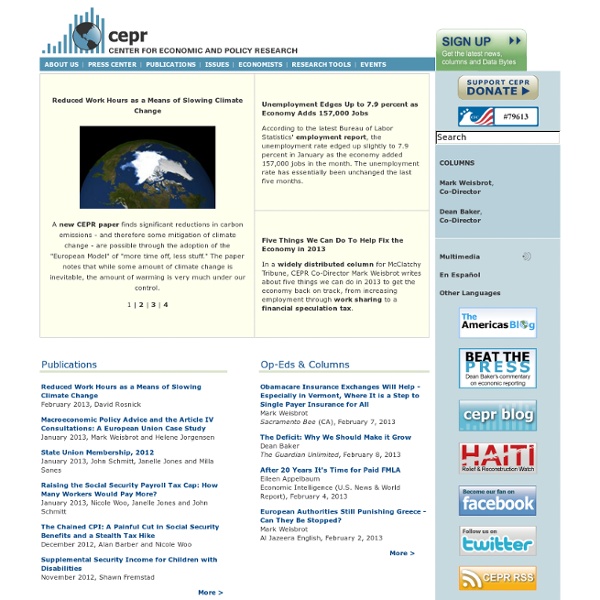 Second Bill of Rights The Second Bill of Rights was a list of rights proposed by Franklin D. Roosevelt during his State of the Union Address on January 11, 1944.[1] In his address Roosevelt suggested that the nation had come to recognize, and should now implement, a second "bill of rights". Roosevelt's argument was that the "political rights" guaranteed by the constitution and the Bill of Rights had "proved inadequate to assure us equality in the pursuit of happiness." Roosevelt's remedy was to declare an "economic bill of rights" which would guarantee eight specific rights: Roosevelt stated that having these rights would guarantee American security, and that America's place in the world depended upon how far these and similar rights had been carried into practice.

About WarIsACrime.org In October 2012 we added the names HumansForPeace.org and HumanBeingsForPeace.org because we think such a group is needed. Veterans For Peace and Code Pink Women For Peace and various nationalities for peace are all terrific efforts. Humans For Peace is a way to include everyone. Join by making yourself a username and password on this site! In May 2010 we renamed AfterDowningStreet.org WarIsACrime.org. Blog Today is Equal Pay Day, a reminder that women and men are not always compensated at the same rate. While the widely reported statistic that women, on average, earn 77 cents to every man’s dollar has been is a great indicator that women are put in situations every day that for a variety of reasons mean they earn less, it has been criticized for not measuring individuals of similar characteristics, such as age, occupation, education, or experience. To try to get a better understanding of the gender wage gap among specific age groups, and given that many high school and college seniors are on the brink of graduating and entering the labor force, I thought it would be interesting look at the gender wage gap by age and education, to see how women and men fare as they enter today’s unsteady labor market. To close the gender wage gap, women need to see real wage growth faster than their male counterparts.

CHARCOAL BRIQUETTES Wood charcoal has always been the primary fuel for cooking in Haiti because it's cheaper, burns cleanly and easy to find. As the price of kerosene and propane gas tank is higher 90% of homes depend traditionally on charcoal while others exploit wood, thus leaving the country with a little less than 3% of its forest. Given that issue, which has left Haiti lacking of wood supplies, some engineers were able to create a charcoal that could be produced easily, cost-effective and plentiful in Haiti. Modern Monetary Theory is an unconventional take on economic strategy What’s more, his father, John Kenneth Galbraith, was the most famous economist of his generation: a Harvard professor, best-selling author and confidante of the Kennedy family. Jamie has embraced a role as protector and promoter of the elder’s legacy. But if Galbraith stood out on the panel, it was because of his offbeat message. Most viewed the budget surplus as opportune: a chance to pay down the national debt, cut taxes, shore up entitlements or pursue new spending programs. He viewed it as a danger: If the government is running a surplus, money is accruing in government coffers rather than in the hands of ordinary people and companies, where it might be spent and help the economy. “I said economists used to understand that the running of a surplus was fiscal (economic) drag,” he said, “and with 250 economists, they giggled.”

ZNet Top Welcome to ZCommunications. The site has ZNet and ZMag content, topic and place pages under the Focuses link in the top menu - reading lists and whole books, debates, interviews, multimedia, Blogs, Forums, comments, a Store, Sustainer program, WISC, and more. Relating to Z To participate more deeply and generally in ZCommunications, please become a Sustainer. Sustainers who log in will see "+ New" in the black band at the top. Modern Monetary Theory … alternative economic thinking The Weekend Quiz – March 5-6, 2016 Welcome to The Weekend Quiz, which used to be known as the Saturday Quiz! The quiz tests whether you have been paying attention over the last seven days. ited Nations Millennium Development Goals The eight Millennium Development Goals (MDGs) – which range from halving extreme poverty rates to halting the spread of HIV/AIDS and providing universal primary education, all by the target date of 2015 – form a blueprint agreed to by all the world’s countries and all the world’s leading development institutions. They have galvanized unprecedented efforts to meet the needs of the world’s poorest. The UN is also working with governments, civil society and other partners to build on the momentum generated by the MDGs and carry on with an ambitious post-2015 development agenda. News on Millennium Development Goals Launch of the UN Sustainable Development Goals As the MDGs era comes to a conclusion with the end of the year, 2016 ushers in the official launch of the bold and transformative 2030 Agenda for Sustainable Development adopted by world leaders last September at the United Nations.