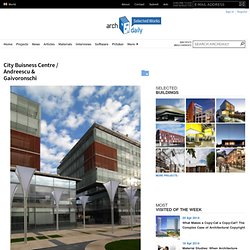 MUNTEANU Photographs: Ovidiu MICSA Collaborators: SZABO Andrea Katalin, Dan DAMIAN, Alexandru MALAESCU, Iulia FRATILA Project Manager: DREES & SOMMER s.r.l. / BMC s.r.l. Structure: H.I. STRUCT s.r.l. Investor: s.c. Timisoara is a town with around 320 000 inhabitants, “a gate” for Romania to the Western Europe and a typical central European urban structure.It is also a multicultural and rich multiethnic city. The office buildings finalized until now are the first four stages of an ensemble of five buildings, main gallery, atriums etc. which will replace step by step the existing textile industry on a plot of 1,4828 hectares.The whole project is a speculative development. As first steps, they were important experiences for both of us – developer and architects; each building was erected successively on a plot of 2.200 sq.m.

Centro Interpretacao. The Centro Interpretação is a cultural centre built by architecture studio Spaceworkers inside a nineteen-century schoolhouse in Paredes, Portugal. The purpose of the structure is to provide information to tourists and serve as a venue for exhibitions and educational events. The all-black insertion is comprised of two volumes – an auditorium and an information desk/store, separated by the space in between, also painted black. 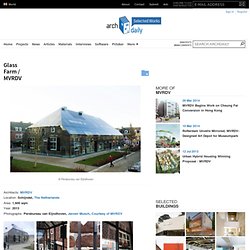 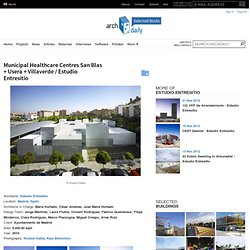 In the film, each day was the same day and from 7am it started all over again, one time after another. Going seriously, it has been crazy at times but mostly rewarding to have the chance of building three times the exact floor plan. It all started with an unusual competition for doing two centres for the same client (Madrid’s city council), with the same budget and the same functional program but only two different sites. Sites were in both cases quite irrelevant environments with anonymous social housing surroundings. Cultural Centre and the New City Hall / Ramón Fernández-Alonso y Asociados. Architects: Ramón Fernández-Alonso y Asociados Location: Archidona, Andalusia, Spain Architect In Charge: Ramón Fernández-Alonso Photographs: Fernando Alda The project, called administratively “Rehabilitation of the Old School Square Minor of Archidona ” located in the Plaza Ochavada and the street San José combines two distinct types of intervention, consisting on one hand, in acting on the heritage building that gives face to the square consisting primarily of a conceptual redefinition of its functioning and enhancer of its structural features and, at the same time, the approach of a new building facing the street frontage of the Street San Jose with its own capacity and specificity. 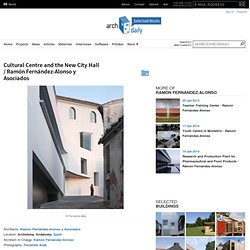 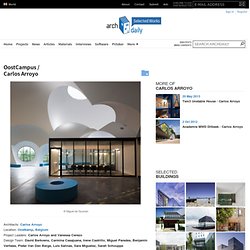 Botín Center / Renzo Piano. While all eyes may be locked on the Shard’s latest push toward the sky, Renzo Piano is preparing for his first major Spanish project to officially break ground in about one week in Santander. 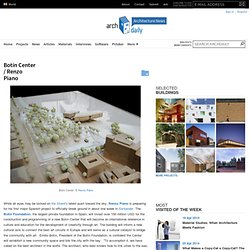 The Botín Foundation, the largest private foundation in Spain, will invest over 150 million USD for the construction and programming of a new Botín Center that will become an international reference in culture and education for the development of creativity through art. The building will inform a new cultural axis to connect the best art circuits in Europe and will serve as a cultural catalyst to bridge the community with art. Daegu Color Square Stadium Mall / Jerde. Architects: Jerde Location: Daegu, South Korea Completion: 2011 Area: 50,000 sqm Photographs: Courtesy of Jerde Overview Initiated as a competition to revitalize an underutilized parking lot adjacent to the Daegu World Cup Stadium, Jerde was commissioned to design the project upon submitting their concept for a highly iconic, mosaic of surfaces and organic forms inspired by Daegu’s own textile industry. 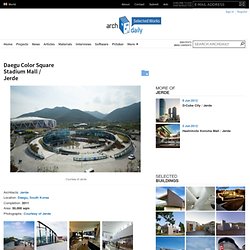 The design was further inspired by the Daegu World Cup Stadium as a symbol of global unity— the surface mosaic of the new space acting as a metaphor for the interweaving of the diverse cultures of the world who will visit this new social realm and central hub of entertainment, exhibits, dining, and sports activities. Background Mosaic Gardens is Jerde’s second South Korean project to open in August 2011.

Daesung D3 City, a major mixed-use, transit-oriented development in Seoul, opened on August 26. Colorful Guizhou Brand, Research & Development Center / Huasen Architects. Designed by Huasen Architects, the winning competition proposal for the Research and Development Center for colorful Guizhou.co is based on the structure of local villages, having full possibilities to grow in all directions. The orientation for each building was defined by the best natural view of the river and surrounding mountains.

Yountville Town Center / Siegel + Strain Architects. For decades, the residents of Yountville, California, a rural town in Napa County, relied on a small 1920s-era community hall and a hodgepodge of spaces rented from others to host community events. 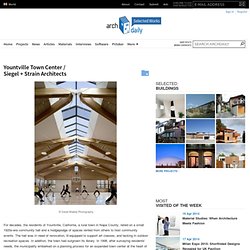 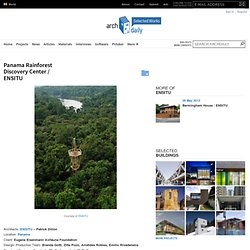 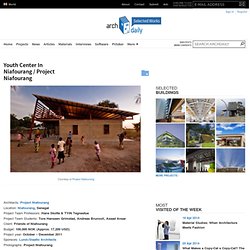 The population of Niafourang is around 300 inhabitants; the village is very poor with a high unemployment rate. Hilde Huus-Hansen leads a non-profit organization; Friends of Niafourang, that works to improve conditions for local youth and create job opportunities in the village. December 2010 Hilde got in touch with three architecture students from NTNU. She was looking to build a Youth Center in Niafourang that would include a computer room/library and a larger multi-purpose room. Kindergarten and Multi-Purpose Hall / ABCG Architettura & Lopesbrenna Architetti.

The proposal for the new kindergarten and multipurpose hall by ABCG Architettura & Lopesbrenna Architetti in Lugano, Switzerland aims to rearrange the lot in question via a solution that has its strength in simplicity, bridging the gap to the free sides of the area. They do so through the volume of the school which is supported throughout via Nola, while the cube‐shaped multipurpose hall marks the public entrance into via Ferri.

More images and architects’ description after the break. Kanayama Community Center / Kengo Kuma & Associates. Architects: Kengo Kuma & Associates Location: Ota City, Gunma, Japan Title of the Project: Museum of Kanayama Castle Ruin, Kanayama Community Center Client: City of Ota, Gunma Prefecture Site Area: 3318.69 sqm Project Year: 2009 Photographs: Takeshi Yamagishi The site is located at the foot of Kanayama Castle, known for its beautiful stone wall and stone pavement. It is a community center incorporating guidance facilities for this historic place and a workshop for local residents to learn handicraft and dyeing. The site is divided at near the center by a 6m difference in levels.