Research and Ideas for Shared Prosperity 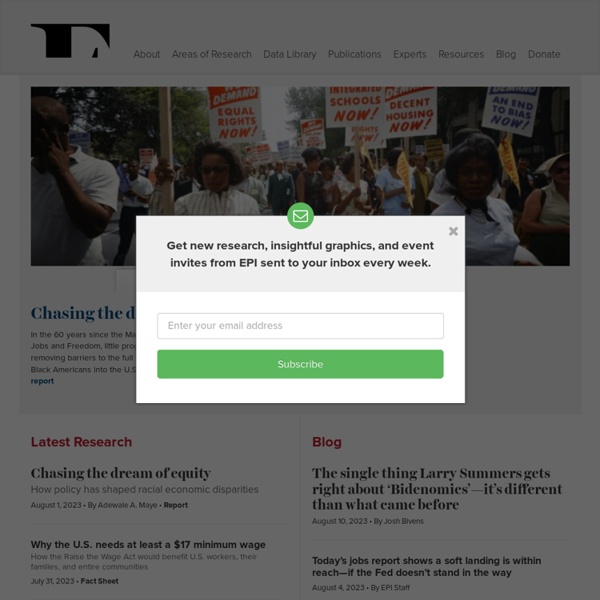 Miller’s announcement isn’t entirely a shock, and many thought his decision to step down from the Steering and Policy Committee after the 2012 elections was an early indication he was eying the door even then. But several leadership aides pushed back against that notion Monday, arguing Miller’s close relationship with Pelosi meant he simply didn’t need the chairmanship of that panel to exert his influence. “He’s always involved in what he wants to be involved in anyways — he always has her ear — so I just think he felt like he didn’t need it,” the current leadership aide said. Few on Capitol Hill have fought harder than Miller for liberal priorities like workers rights, the environment and universal healthcare.

About ACS Shaping Debate, Building Networks, Making a Difference The American Constitution Society (ACS) believes that law should be a force to improve the lives of all people. ACS works for positive change by shaping debate on vitally important legal and constitutional issues through development and promotion of high-impact ideas to opinion leaders and the media; by building networks of lawyers, law students, judges and policymakers dedicated to those ideas; and by countering the activist conservative legal movement that has sought to erode our enduring constitutional values. The Stanford Center for the Study of Poverty and Inequality - SCSPI The Stanford Center on Poverty and Inequality (CPI), one of three National Poverty Centers, is a nonpartisan research center dedicated to monitoring trends in poverty and inequality, explaining what's driving those trends, and developing science-based policy on poverty and inequality. CPI supports research by new and established scholars, trains the next generation of scholars and policy analysts, and disseminates the very best research on poverty and inequality. The current economic climate makes CPI activities and research especially important. The following are a few critical poverty and inequality facts:

Weblog and Essays U.S. Census Bureau, I.R.S. and St. Louis Federal Reserve Added to Washington Post's list of "Russian Propaganda" Websites About WarIsACrime.org In October 2012 we added the names HumansForPeace.org and HumanBeingsForPeace.org because we think such a group is needed. Veterans For Peace and Code Pink Women For Peace and various nationalities for peace are all terrific efforts. Humans For Peace is a way to include everyone. Join by making yourself a username and password on this site!

The Case Against Billionaires It’s time we as a nation have a serious discussion about outlawing billionaires. This week we learned that 2012 was one heck of a year for the billionaires. The 100 richest people in the world got $241 billion wealthier this year bringing their total net worth to $1.9 trillion. IATP Food and Community Fellows Kandace Vallejo, a staff member at Austin, Texas' Proyecto Defensa Laboral/Workers Defense Project, coordinates the organization's Youth Empowerment Program, where she works with low-income, first-generation Latino youth and their families to educate, organize, and take action to create a more just and equitable food system for workers and consumers alike. Kandace began organizing in 2005 with the Student/Farmworker Alliance (SFA), an organization formed to support the Coalition of Immokalee Workers (CIW) in their struggle to stop the low wages, human rights abuses, and modern-day slavery endemic to the United States agricultural industry. From 2006 to present, she has served on the board of directors for the SFA.

Op-Ed: If You Ignite a Kid’s Passion, a Zip Code Is No Longer Destiny I met Sandra as a first-year tenth-grade teacher to 165 students at Locke High School in South Central, Los Angeles. Sandra grew up in a home plagued by domestic violence; she witnessed her alcoholic father nearly kill her mother. Sandra regularly showed up to my English class with just a few hours of sleep. At lunch time, she would go to the main office and sleep until the bell rang to go to her next class. Watts, the community where Sandra lived, was infested with gang members, drug addicts, and prostitution. She witnessed policemen raid her home several times.

About Us The RSA (Royal Society for the encouragement of Arts, Manufactures and Commerce): an enlightenment organisation committed to finding innovative and creative practical solutions to today’s social challenges. Through its ideas, research and 27,000-strong Fellowship it seeks to harness the extraordinary amount of untapped creative potential in society - by empowering people to be active participants in creating a better world. Overview of the RSA The RSA is a registered charity. We depend on support from our funders, Fellows and sponsors. Find out how you can support the RSA or explore sponsorship opportunities.