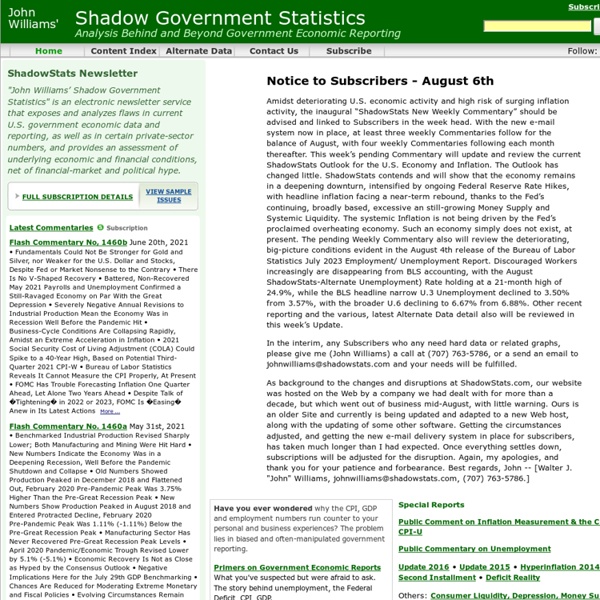 Cost of War to the United States About | Embed | Notes & Sources To embed the Cost of Military Action Against ISIS counter on your website, blog, etc, follow these simple instructions: 1) Add the following javascript to your page: Add the following code wherever you want the counter to show up: Polarizing Tweets by Russian Trolls on Vaccination Targeted Groups in 2016 During the 2016 election cycle, politically polarizing tweets by Russian trolls about vaccination included pro- and anti-vaccination messages targeted at people with specific political inclinations by trolls using an assortment of fake persona types, according to a new study published this month. The study encompassed more than 2.8 million tweets published by 2,689 accounts operated by the Russian Internet Research Agency (IRA) from 2015-17. Researchers identified nine types of the trolls personas, from fake Black Lives Matters activists to fake boosters of Donald Trump, and examined the extent to which those persona types discussed and played into ideas about vaccination, and how they did so. “We demonstrate how IRA accounts discussed vaccines not only to sow discord among people of the United States but also to flesh out the personalities of their ‘American’ accounts in a credible way,” the researchers wrote.

Global Research - Centre for Research on Globalization Do you remember when real reporters existed? Those were the days before the Clinton regime concentrated the media into a few hands and turned the media into a Ministry of Propaganda, a tool of Big Brother. The false reality in which Americans live extends into economic life. The richest families in Florence in 1427 are still the richest families in Florence — Quartz 221b Sherlock Holmes Consulting detective 1881-1904 So reads the blue plaque on this pretty Georgian terraced house, home to London’s Sherlock Holmes Museum. In a city of storied buildings, the home of the fictional detective is as famous as they come.

Scientists’ grasp of confidence intervals doesn’t inspire confidence Sometimes it’s hard to have confidence in science. So many results from published scientific studies turn out to be wrong. Part of the problem is that science has trouble quantifying just how confident in a result you should be. Confidence intervals are supposed to help with that. Perú: Peruvian Air Force Launches Anomalous Aerial Phenomenon Research Department Perú: Peruvian Air Force Launches Anomalous Aerial Phenomenon Research Department DINAE, the Office of Aerospace Interests, under the official sponsorship of CONIDA, the National Commission for Aerospace Investigation and Development and the Peruvian Air Force (FAP), in response to the significant increase in claims and reports on Anomalous Aerial Objects commonly referred to as Unidentified Flying Objects (UFOs) in the skies over Peruvian Territory, has decided to RE-LAUNCH and RE-ACTIVATE the office established in 2001 under the name of Office of Anomalous Aerial Phenomena Research (OIFAA) and which has been inactive in recent year. Thus, Air Force Colonel Julio José Vucetich Abanto, current Director of DINAE, summons members of the High Military Command of the Peruvian Navy, Peruvian Army and Peruvian National Police, as well as the National and International Press in general and the public specialized in the subject to participate in today’s RE-LAUNCHING ceremony. 1.

Pokemon Go Program Clears Shelter of Dogs Awaiting Adoption On 17 July 2016 Facebook user Shawn Montgomery published the above-reproduced item, reporting that an animal shelter’s plan to “rent” walkable dogs to embarrassed adult Pokemon Go players proved so popular that all dogs in the facility were adopted in just days: Montgomery’s post asserted that the shelter initially planned to “rent” dogs for $5 per hour to players so they would have an “excuse” to play Pokemon Go, but they soon had a “waiting list” of people looking to walk dogs. Not long after that the shelter made so much money off the program that they waived all adoption fees as people seeking to adopt specific dogs they had spotted online flooded the shelter, and the waiting list for canines grew even longer because every single dog wound going to a good home.

Chinese Devaluation Extends To 3rd Day - Yuan Hits 4 Year Low, Japan Escalates Currency Race-To-The-Bottom Rhetoric The "one-off" adjustment has now reached its 3rd day as The PBOC has now devalued the Yuan fix by 4.65% back to July 2011 lows. The PBOC seeks to reassure... Even before this evening's date with debasement history, Japan felt the need to step up the currency war rhetoric.

Libor scandal: the bankers who fixed the world’s most important number At the Tokyo headquarters of the Swiss bank UBS, in the middle of a deserted trading floor, Tom Hayes sat rapt before a bank of eight computer screens. Collar askew, pale features pinched, blond hair mussed from a habit of pulling at it when he was deep in thought, the British trader was even more dishevelled than usual. It was 15 September 2008, and it looked, in Hayes’s mind, like the end of the world.