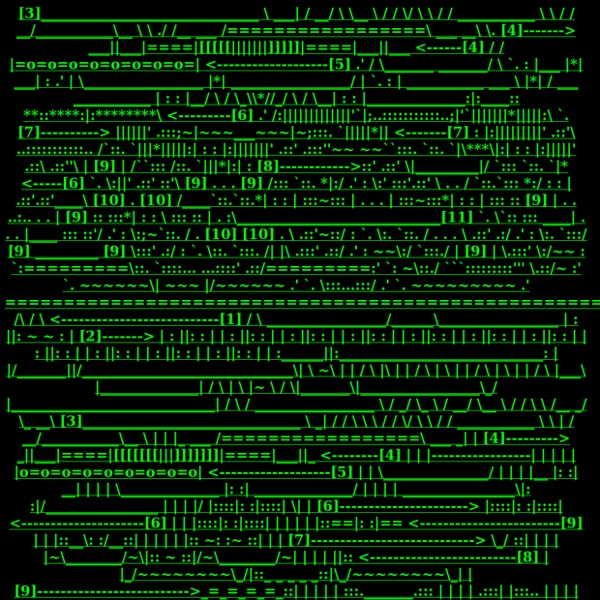 PointlessSites.com - Fun Things To Do When You're Bored olia lialina cv On the 22nd of April 2013 Olia Lialinabacked her first ever cake, for somebody very special. Still fun to be a GIF But when retired I want to be a JPEG Tiled In the background of your profile Olia Lialina is a frequent Internet Cafe visitor bio: Born in Moscow. The Telegarden Website 1995-2004, Ars Electronica Museum, Linz Austria. Co-directors: Ken Goldberg and Joseph Santarromana Project Team: George Bekey, Steven Gentner, Rosemary Morris Carl Sutter, Jeff Wiegley Ars Electronica team: Erich Berger, Gerold Hofstadler, Thomas Steindl, Gerfried Stocker Archivist: Hannes Mayer "Il faut cultiver notre jardin." Voltaire The Telegarden is an art installation that allows web users to view and interact with a remote garden filled with living plants. New! The Telegarden was developed at the University of Southern California and went online in June 1995. [ The Telegarden community salutes the memory of our friend Hannes "Captain" Mayer, 1976-2010. ] The Telegarden went online in June of 1995 and has been online continuously for seven years. For a sociological study of community in the Telegarden: "Virtual Community in a Telepresence Environment," Margaret L. Telegarden video for Tech Museum, San Jose (2004) Telegarden video (2011)

List of unusual deaths - Wikipedia, the free encyclopedia - Nightly This is a list of unusual deaths. This list includes unique or extremely rare circumstances of death recorded throughout history, noted as being unusual by multiple sources. Some of the deaths are mythological or are considered to be unsubstantiated by contemporary researchers. Oxford Dictionaries defines the word "unusual" as "not habitually or commonly occurring or done" and "remarkable or interesting because different from or better than others Some other articles also cover deaths that might be considered unusual or ironic, including List of entertainers who died during a performance, List of inventors killed by their own inventions, List of association footballers who died while playing, List of professional cyclists who died during a race and the List of political self-immolations. Antiquity[edit] Middle Ages[edit] Renaissance[edit] 18th century[edit] 19th century[edit] 20th century[edit] 1920s[edit] 1950s[edit] 1960s[edit] 1961: U.S. 1970s[edit] 1980s[edit] 1990s[edit]

Albertine - Albertine Meunier =+ou- Catherine Ramus TELEPORTING AN UNKNOWN STATE Teleporting An Unknown State (1994/96) Eduardo Kac "Teleporting an Unknown State" is a biotelematic interactive installation. In other words: it is a computer-based telecommunications piece in which a biological process is an integral part of the work. The installation creates the experience of the Internet as a life-supporting system. In a very dark room a pedestal with earth serves as a nursery for a single seed. Photo: Gumparnat Pasaganon The installation takes the idea of teleportation of particles (and not of matter) out of its scientific context and transposes it to the domain of social interaction enabled by the Internet. A new sense of community and collective responsibility emerges out of this context without the exchange of a single verbal message. This piece operates a dramatic reversal of the regulated unidirectional model imposed by broadcasting standards and the communications industry. Photo: Anna Maria Chupa The exhibition in New Orleans ended on August 9, 1996.

List of unexplained sounds - Wikipedia, the free encyclopedia - Nightly The following is a list of sounds, the sources of which remain unknown: NOAA (unidentified)[edit] The following unidentified sounds were detected by the USA National Oceanic and Atmospheric Administration using its Equatorial Pacific Ocean autonomous hydrophone array. Upsweep[edit] Spectrogram of the Upsweep sound Upsweep is an unidentified sound detected on the American National Oceanic and Atmospheric Administration's equatorial autonomous hydrophone arrays. The sound appears to be seasonal, generally reaching peaks in Spring and Autumn, but it is unclear whether this is due to changes in the source or seasonal changes in the propagation environment. WikiMiniAtlas 54°S 140°W﻿ / ﻿54°S 140°W﻿ / -54; -140Coordinates: 54°S 140°W﻿ / ﻿54°S 140°W﻿ / -54; -140, near the location of inferred volcanic seismicity, but the origin of the sound is unresolved. Whistle[edit] Spectrogram of the Whistle sound NOAA (formerly unidentified)[edit] Bloop[edit] Analysis[edit] Julia[edit] Slow Down[edit] Analysis[edit]

AfterWalkerEvans.com 40 Maps They Didn't Teach You In School By the time we graduate high school, we learn that they never taught us the most exciting things there. Sure, you might be able to name the European countries or point New York on the map, but does that give you a real understanding of how the world functions? We have gathered a tremendous and informative selection of infographic maps that they should’ve shown us at school to fill this gap. Every single one of these cool maps reveals different fun and interesting facts, which can actually help you draw some pretty interesting conclusions. What makes infographic world maps so engaging is how easy it becomes to conceive graphically presented information. Without further ado, we invite you to learn things like the most popular sports in different countries, who has the biggest breasts, the red hair map of Europe, the world’s most consumed alcoholic beverages, or which brands dominate in various states of the USA in these funny world maps. The Most Famous Brand From Each State In The US