RHYTHM "FOLI" THERE IS NO MOVEMENT WITHOUT RHYTHM, ORIGINAL VERSION. thomas roebers and leeuwenberg 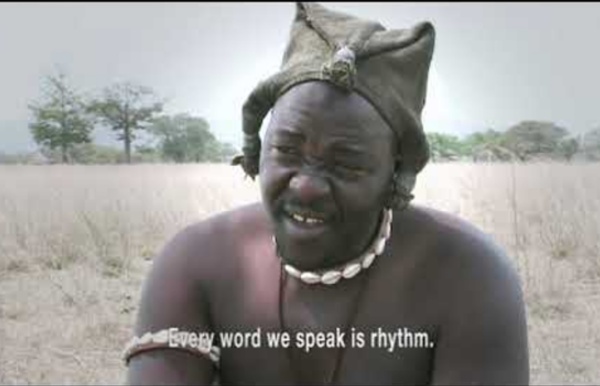 Electromechanical instruments + rocks: Rock Band How to make homemade slide whistles Bamboo, PVC pipe, wood, or even a carrot! Slide whistles can be made from all sorts of materials, and are fun to make, play, and learn physics with. In this episode of Homemade Science, teacher Bruce Yeany shares his ... The Glass Armonica, Benjamin Franklin’s 1761 invention The 2018 Midterms and the Specter of Voter Suppression Read: The ‘hubris’ of the Supreme Court’s voting-rights ruling On Saturday, President Donald Trump ensured that the issue would be front and center as Election Day approached. “All levels of government and Law Enforcement are watching carefully for VOTER FRAUD, including during EARLY VOTING,” he tweeted. “Cheat at your own peril. Violators will be subject to maximum penalties, both civil and criminal!” Trump’s tweet could be read straight, as a warning from the president against the threat of fraud.

Miriam Makeba Miriam Makeba was born in Johannesburg in 1932, during a time of economic depression. Her mother, a domestic worker, was imprisoned for six months for illegally brewing beer to help make ends meet, and Miriam went to prison with her as she was just 18 days old. Makeba’s mother was also a sangoma, or a practitioner of herbal medicine, divination and counselling in traditional Zulu, Xhosa, Ndebele and Swazi (Nguni) societies of Southern Africa. After her father died, Miriam was sent to live with her grandmother at a compound in Riverside, Pretoria. From a young age, Makeba loved to sing at church, and performed her first solo during the 1947 Royal Visit. Miriam began her working life helping her mother clean houses.

Key Chords Key Chords app generates guitar chord progressions automatically. Use it free online, or get the app for Mac, Windows or iOS (iPad) - Click on a chord to preview how it sounds. - Drag and drop to arrange the chord progression - Tweak the settings to control the playback speed How to implement fancyBox in WordPress – creating your own plugin Ok first of all, you will need original fancyBox script created by Jānis Skarnelis that can be found at fancyapps.com/fancybox/. In this tutorial I used latest fancyBox version 2.1.5 Once you finish download, create new folder and call it myfancybox.

The BBC is letting you download more than 16,000 free sound effect samples from its archive There can be few organisations that have used more sound effects than the BBC, so there’s bound to be great interest in the news that the corporation has now made more than 16,000 of its FX available for free download. These are being released under the RemArc licence, which means that they can be used for “personal, educational or research purposes”. The archive is easily searchable, and a quick browse confirms that there’s a wide variety of content, ranging from the atmospheric to the downright obscure. Each sample can be previewed and both its duration and filename are listed. More acidic oceans 'will affect all sea life' Image copyright JAGO-TEAM/GEOMAR All sea life will be affected because carbon dioxide emissions from modern society are making the oceans more acidic, a major new report will say. The eight-year study from more than 250 scientists finds that infant sea creatures will be especially harmed. This means the number of baby cod growing to adulthood could fall to a quarter or even a 12th of today's numbers, the researchers suggest. The assessment comes from the BIOACID project, which is led from Germany.

10 Most Popular African Musical Instruments When it comes to musical instruments, the African continent is well-known for its vast instruments. There are very many tribes or ethnic communities in Africa. Each tribe will have its own unique instruments. This has led to very many types of instruments which comprises of wind, stringed and also percussion. The following is a list of the 10 most popular African musical instruments, here goes the list The Sacred Geometry Of Music The Sacred Geometry Of Music by Andrew Lorimer Music uses the laws of vibration to manifest aurally what exists at the center of everything. Into our reality springs a non-visual harmonic law that is universal. The notes and intervals of music speak directly to the chakra centers and causes them to vibrate in harmony to the vibration of a string or vocal chords, speakers moving through the air, or the sound of someone’s lips making a farting noise through a metal tube.

Adding fancyBox to WordPress (without a plugin) by: Rich Hauck I wanted to add a fancyBox popup effect to any image that was embedded into the content area of a WordPress post. I didn’t want to use a plugin for such a simple thing, and didn’t want to have to assign a CSS selector class every time I embedded an image. Back with the real Beatles: the White Album reviewed - archive, November 1968 Back with the real Beatles19 November 1968 The Beatles have accustomed us to look for clues to the meaning of their work. Everyone can look at the cover design of Sergeant Pepper and play “spot the reference.” There’s Stan Laurel and Max Miller; Marlon Brando and Dylan Thomas; but who’s that peering over the top of Paul McCartney’s head? So, we are encouraged to think, the Beatles are influenced by all these figures. Then: perhaps the reverse.