Stories, and People, from Africa.

The Nomads, My Brothers, Go Out to Drink from the Big Dipper, Waberi, Carlson. Trafficked to Play, Then Forgotten. In the summer of 2011, Alley Ene would sneak out of the bungalow where he was staying in Jackson, Miss., to buy bread at a local convenience store. 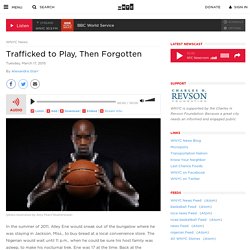 The Nigerian would wait until 11 p.m., when he could be sure his host family was asleep, to make his nocturnal trek. Ene was 17 at the time. Back at the house, there were two younger African teenagers waiting for him. All three of them had arrived in Mississippi weeks before with dreams of being groomed for college basketball scholarships. Instead, they were sleeping on the floor of a living room with one pillow shared between them. "I had to take those risks to fill our stomachs," Ene said. The day Ene arrived in June 2011, he and the other two boys were sent to play basketball for Omhar Carter's NBA Hoops Elite, which is considered the best youth basketball team in the state. A West African Artist in Paris: An Interview With Yao Metsoko. Living in a globalized world, West African artists have developed an entirely new form of visual expression, nurturing themselves and their work on tradition, modernity and their personal experiences. 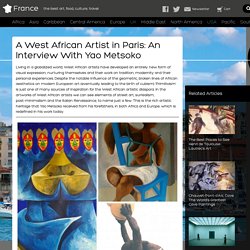 Despite the notable influence of the geometric, broken lines of African aesthetics on modern European art (eventually leading to the birth of cubism) 'Primitivism' is just one of many sources of inspiration for the West African artistic diaspora. Genetic Evidence of African Slavery at the Beginning of the Trans-Atlantic Slave Trade. Ernest Harsch, “Thomas Sankara: An African Revolutionary” (Ohio UP, 2014)

Ernest Harsch View on Amazon Thomas Sankara, often called the African Che Guevara, was president of Burkina Faso, one of the poorest countries in Africa, until his assassination during a military coup that brought down his government. 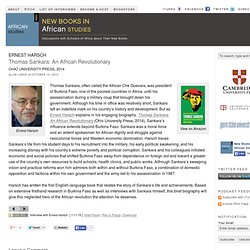 Although his time in office was relatively short, Sankara left an indelible mark on his country’s history and development. But as Ernest Harsch explains in his engaging biography, Thomas Sankara: An African Revolutionary (Ohio University Press, 2014), Sankara’s influence extends beyond Burkina Faso. Sankara was a moral force and an ardent spokesman for African dignity and struggle against neocolonial forces and Western economic domination. Harsch has written the first English-language book that relates the story of Sankara’s life and achievements. Muslim Roots, U.S. Blues. Written by Jonathan Curiel ylviane Diouf knows her audience might be skeptical, so to demonstrate the connec- tion between Muslim traditions and American blues music, she’ll play two recordings: The athaan, the Muslim call to prayer that’s heard from minarets around the world, and “Levee Camp Holler,” an early type of blues song that first sprang up in the Mississippi Delta more than 100 years ago. 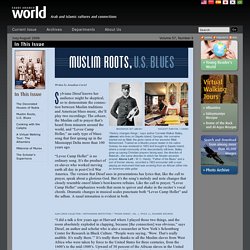 “Levee Camp Holler” is no ordinary song. It’s the product of ex-slaves who worked moving earth all day in post-Civil War America. The version that Diouf uses in presentations has lyrics that, like the call to prayer, speak about a glorious God. Channelling Efunsetan, Ahebi, Alaba Ida, Nzinga... - Ancient African coins lead experts to question who discovered (Australia) islands. Chinua Achebe, Man of the people - TheNewAfrican. Black History Month Exhibition! Africans in India: From Slaves to Generals and Rulers. Generals, commanders, admirals, prime ministers, and rulers, East Africans greatly distinguished themselves in India. 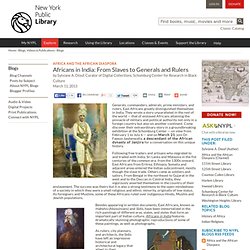 They wrote a story unparalleled in the rest of the world — that of enslaved Africans attaining the pinnacle of military and political authority not only in a foreign country but also on another continent. Come discover their extraordinary story in a groundbreaking exhibition at the Schomburg Center — on view from February 1 to July 6 — and on March 21, join Dr. Miriam Makeba Interview 1969. Show me the worlds. African goon. The adventures of cosmic yoruba and her flying machines. Click for image source Madam Efunroye Tinubu was among the most prominent and powerful Yoruba women in pre-colonial Nigeria (early to mid 19th century). 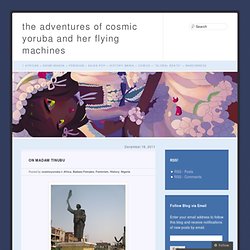 Other renowned Yoruba women from that period were Iyalode Efunsetan Aniwura and Madam Omosa, both of whom deserve posts of their own. Madam Tinubu was an Egba woman born to a trading family in Abeokuta (also known as Egbaland). After completing an apprenticeship, she headed to Badagry, Lagos where she started trading in tobacco and salt. She later expanded her trade to include slaves who she sold to European slave traders. With her trade and wealth, she was able to lend support to military efforts, which in turn made her more powerful. In 1851, after regaining his throne King Akintoye invited Madam Tinubu to Lagos where she further expanded her business and political activities.

Today Madam Tinubu is called a patriot by some, I am not too comfortable with that term because technically there was no ‘Nigeria’ when she was alive. Like this: ONLINE EXHIBITION (Ancient Manuscripts from the Desert Libraries of Timbuktu, Library of Congress) Photographic Museum of Humanity. Léopold Senghor. Senghor moved on to the French lycee at Dakar, from which he was the only African to graduate after winning a prize for every subject in his baccalaureate. 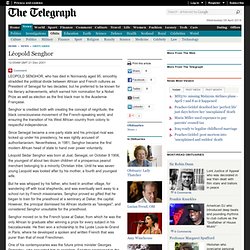 He then won a scholarship to the Lycée Louis-le-Grand in Paris, where he developed a spoken and written French that was purer than that of most Frenchmen. One of his contemporaries was the future prime minister Georges Pompidou, who converted him to socialism. Senghor progressed to the Sorbonne, where he read for a doctorate in French grammar, and also began to develop the concept of négritude. This then posited that, while white people excelled at rational thought, blacks possessed superior intuitive powers. Senghor also helped to set up the Association of West African Students, which sought to promote his indigenous culture while assimilating the best of what France had to offer.

Bailey Seippel Gallery > Artists > Bob Gosani. 1957 - Nelson Mandela with champion Jerry Moloi during the Treason Trial. Mandela used to spar after sitting in the dock all day, for relaxation and recreation. (Photograph by Bob Gosani Â© Baileys Archive) 1955 - Meet Miss Thandi Brooks - Thandi Brooks is Regina Brooks daughter. Regina Brooks is a white woman living with a black man, a crime under the Immorality Act. The African Diaspora in the Indian Ocean World. Over the course of nearly 20 centuries, millions of East Africans crossed the Indian Ocean and its several seas and adjoining bodies of water in their journey to distant lands, from Arabia and Iraq to India and Sri Lanka. 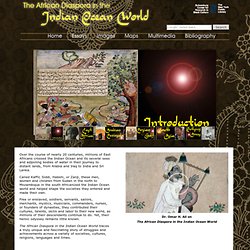 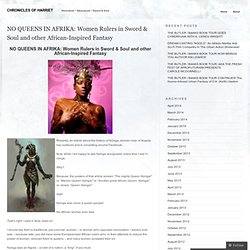 Now, while I am happy to see Nzinga recognized, every time I see it I cringe. Why? Because, the posters of that article scream “The mighty Queen Nzinga!” Or “Warrior-Queen Nzinga!” Sigh. Nzinga was never a queen people! No African woman ever was. That’s right. Yasuke: The African Samurai. Japan is not a place one would usually associate with immigrants from Africa or the Caribbean. 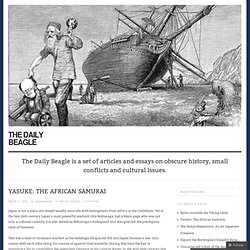 Yet in the late 16th century Japan’s most powerful warlord, Oda Nobunaga, had a black page who was not only a cultural curiosity but also served as Nobunaga’s bodyguard and was granted the prestigious rank of Samurai. This was a time of incessant warfare as the Ashikaga Shogunate fell and Japan became a war-torn nation with each tribe vying for control of against rival warlords. “The Chagossians are the previous (and original)...