The Countries of Africa

Stories, and People, from Africa. Connections Throughout and Beyond the Diaspora. He said my writing does not show him Africa. Keep... - Ijeoma Umebinyuo. Looking Past Our Racist Assumptions To See Africa — The Message. Xhosa Names & Meanings: The “ABC’s of Xhosa Names”... Rare African plant signals diamonds beneath the soil. There’s diamond under them thar plants. 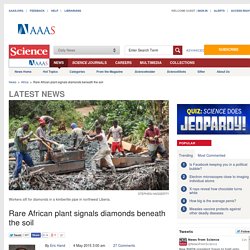 A geologist has discovered a thorny, palmlike plant in Liberia that seems to grow only on top of kimberlite pipes—columns of volcanic rock hundreds of meters across that extend deep into Earth, left by ancient eruptions that exhumed diamonds from the mantle. If the plant is as choosy as it seems to be, diamond hunters in West Africa will have a simple, powerful way of finding diamond-rich deposits.

Prospectors are going to “jump on it like crazy,” says Steven Shirey, a geologist specializing in diamond research at the Carnegie Institution for Science in Washington, D.C. Miners have long known that particular plants can signal ore-bearing rocks. Afros and Curls in Art History: at the Metropolitan Museum of Art by Afro-textured Art. Sir Morien, Black Knight of the Round Table The... Black Pirates. During the ‘ Golden Age of... Surfing in Zulu. Culture, Sport by Mahala High Five Brigade / Images by Jon Ivins / 30.11.2012. 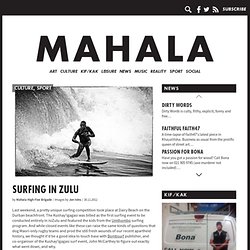 American Apparel, Our Culture Is Not Your Trick, Nor Your Treat. Nigerian Food Recipes. Black France - Special series. In May 2013, France's National Assembly successfully voted on a bill to remove the words 'race' and 'racial' from the country’s penal code. 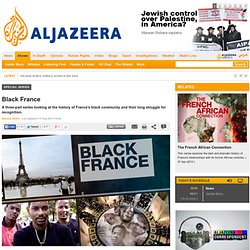 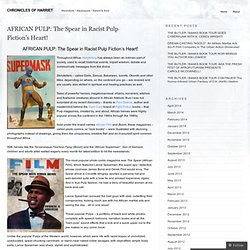 Throughout Africa, storytelling has always been an intrinsic part of society, used to recall historical events, impart wisdom, debate and communicate messages from the divine. Storytellers – called Djele, Sanusi, Babalawo, Iyanifa, Okomfo and other titles, depending on where, on the continent you go – are revered and are usually also skilled in spiritual and healing practices as well. Tales of powerful heroes, megalomaniacal villains, sorcerers, witches and fearsome creatures abound in African folklore, thus I was not surprised at my recent discovery – thanks to Paul Bishop, author and mastermind behind the Fight Card brand of Fight Fiction books – that Pulp magazines, created by, and about, African heroes were highly popular across the continent in the 1960s through the 1980s.

An African on the beat in Sweden. 2 July 2013Last updated at 20:19 ET By Tim Mansel BBC World Service, Stockholm The riots in Sweden that broke out in May shocked the world. 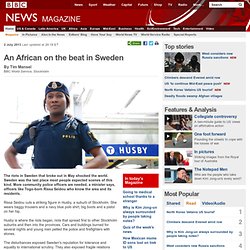 Sweden was the last place most people expected scenes of this kind. More community police officers are needed, a minister says, officers like Togo-born Rissa Seidou who know the area and its residents. Rissa Seidou cuts a striking figure in Husby, a suburb of Stockholm. She wears baggy trousers and a navy blue polo shirt, big boots and a pistol on her hip. Albinism in Africa. We Did Not Sell Each Other Into Slavery. The single most effective White propaganda assertion that continues to make it very difficult for us to reconstruct the African social systems of mutual trust broken down by U.S. 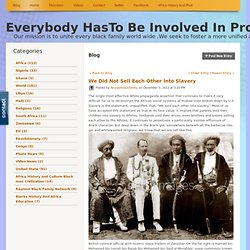 Slavery is the statement, unqualified, that, "We sold each other into slavery. " Most of us have accepted this statement as true at its face value. It implies that parents sold their children into slavery to Whites, husbands sold their wives, even brothers and sisters selling each other to the Whites. It continues to perpetuate a particularly sinister effluvium of Black character. Arab memes. The Magazine that Almost Changed the World. When the book was handed to me, I didn’t know where to begin. 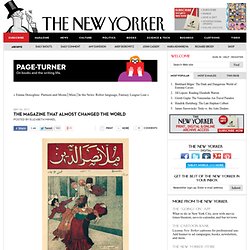 Its two hundred oversized, glossy pages were filled with beautiful but impossibly foreign illustrations, men and women from a time and place I couldn’t really pinpoint. It cast a powerful spell: everyone who came to my house noticed the bright orange cover, picked up the book, and disappeared for twenty minutes or so. “Can I borrow this?” They’d ask me without looking up. Shabana Mir, “Muslim American Women on Campus: Undergraduate Social Life and Identity” (UNC, 2014) Shabana Mir View on Amazon [Cross-posted from New Books in Islamic Studies] In the post 9/11 era in which Muslims in America have increasingly felt under the surveillance of the state, media, and the larger society, how have female Muslim students on US college campuses imagined, performed, and negotiated their religious lives and identities? 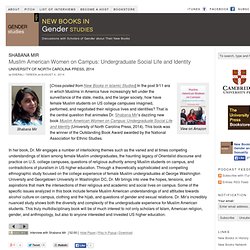 That is the central question that animates Dr. Shabana Mir’s dazzling new book Muslim American Women on Campus: Undergraduate Social Life and Identity (University of North Carolina Press, 2014). This book was the winner of the Outstanding Book Award awarded by the National Association for Ethnic Studies. Islamic Medical Manuscripts Home Page. Recommended Books on Islam for K-12. FUCK YEAH WOMEN PROTESTING. Lawrence F. O’Brien Gallery. A signature can be as routine as a mark on a form or as extraordinary as a stroke of the pen that changes the course of history. 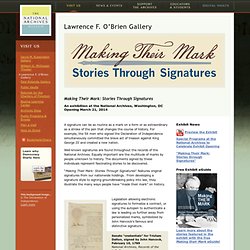 For example, the 56 men who signed the Declaration of Independence simultaneously committed the brave act of treason against King George III and created a new nation. Well-known signatures are found throughout the records of the National Archives. Equally important are the multitude of marks by people unknown to history. The documents signed by these individuals represent fascinating stories to be discovered. “Making Their Mark: Stories Through Signatures” features original signatures from our nationwide holdings. Black Film, White King, Red Rubber, Black Death Congo: White... Colonial PR Films Provide Window into Africa’s More Recent Past. What women really want - When You Kill Ten Million Africans You Aren’t Called ‘Hitler’

South African Police Kill 69 Black Protesters in Sharpeville Massacre. KeystoneBodies of protesters lay on the ground in the aftermath of the Sharpeville massacre. 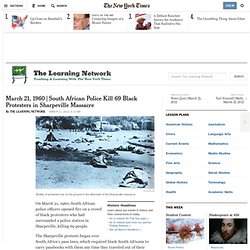 On March 21, 1960, South African police officers opened fire on a crowd of black protesters who had surrounded a police station in Sharpeville, killing 69 people. The Sharpeville protests began over South Africa’s pass laws, which required black South Africans to carry passbooks with them any time they traveled out of their designated home areas. The African National Congress, the leading antiapartheid organization of the era, planned for an antipass campaign to begin March 31, 1960. The riddle of Madagascar's Romeo and Juliet: Special Reports.

William Shakespeare’s play Romeo and Juliet has over the centuries been used to refer to cases of impossible unions and relented love denied the right to blossom. Shakespeare is said to have borrowed from true tragic love stories from as early as the 3rd century in order to write the play. African Zulu Ricksha Pullers – South African Rickshaws. A moment of contact and wonder. Dr. Killie Campbell and Barbara Tyrrell at Muckleneuk The first ten Rickshas / Rickshaws imported to Natal arrived in 1892, imported by sugar magnate Marshall Campbell from Japan. His daughter Killie Campbell, would later establish one of the world's largest Africana library collections, assemble the what is the largest collection of watercolours by Barbara Tyrrell and put together a museum showcasing important tribal artefacts. Her collections are preserved at Muckleneuk and may be accessed by appointment with the 'Killie Campbell Library' in Durban.

Afro Combs. Hair and grooming have always played an important role in the culture of Africa and the African Diaspora. The traditional African comb or pick has played a crucial role in the creation, maintenance, and decoration of hair-styles for both men and women. Slavery's last stronghold.