A South African restaurant chain wants to show the American South how to grill meat the ‘braai’ way. London has long been one of the world’s most influential pop culture centers, particularly with fashion and music. 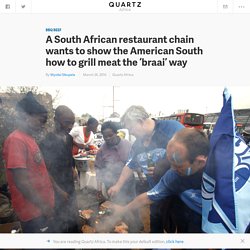 It’s had everything from the Sex Pistols to the West Indian rhythms of Notting Hill Carnival to today’s grime scene. But the pop sound of modern London is about to take a distinctly African flavor with the launch of the UK’s first Afrobeats music radio station. The Beat FM, a popular Lagos radio station, will start broadcasting from a north London community radio license today (Mar. 28).

It will be the UK’s gateway to the rhythmic and hypnotic hip-hop influenced music of Africa’s fast-growing youthful cities like Accra, Nairobi, Dar es Salaam and Lagos. The idea of an African music station launching in London might have seemed a little ambitious not too long ago. Chris Ubosi, CEO of Megalectrics, parent company of the Beat FM, says Beat FM London will be looking to provide a platform where African music is readily available to a growing market.

Not your Dad’s Afrobeat. Artist Captures South Africa in Charming Coin-Sized Paintings. Each day since January 1, 2013, Lorraine Loots has created a painting of minuscule proportions. 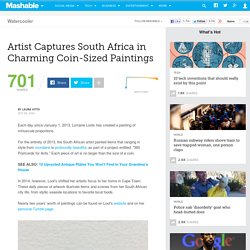 For the entirety of 2013, the South African artist painted items that ranging in style from mundane to profoundly beautiful, as part of a project entitled, "365 Postcards for Ants. " Each piece of art is no larger than the size of a coin. In 2014, however, Loot's shifted her artistic focus to her home in Cape Town. These daily pieces of artwork illustrate items and scenes from her South African city life, from idyllic seaside locations to favorite local foods.

Nearly two years' worth of paintings can be found on Loot's website and on her personal Tumblr page. Show As Gallery Have something to add to this story? See the Photos That Gave Americans Their First Glimpse of Apartheid in 1950. The Origins and History of DRUM Magazine. Drum is a South Africa magazine that is targeted mainly at Black readers. 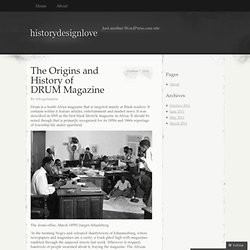 It contains within it feature articles, entertainment and market news. It was described in 2005 as the first black lifestyle magazine in Africa. It should be noted though that is primarily recognized for its 1950s and 1960s reportage of township life under apartheid. The drum office, March 1955© Jurgen Schadeberg ‘In the teeming Negro and coloured shantytowns of Johannesburg, where newspapers and magazines are a rarity, a truck piled high with magazines rumbled through the unpaved streets last week.

Drum magazine was established in March 1951 in Cape Town, and launched by journalist and broadcaster Bob Crisp. It wasn’t only the writers – the pictures were also important. Drum published its first major story in March 1952, entitled ‘Bethal Today’. Drum described the world of the urban Black; the culture, the colour, dreams, ambitions, hopes and struggles. Drum, and Chapter 3. Like this: Like Loading... Lour me beautiful: James Barnor's photographs for Drum magazine.

Back in the 1960s, when fashion shoots featuring black models were rare, the Ghanaian photographer James Barnor bucked the trend with his fashion shoots for Drum magazine. 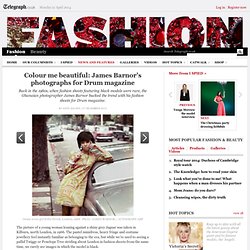 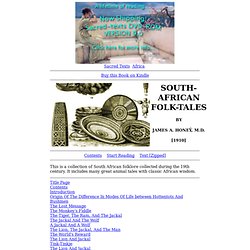 It includes many great animal tales with classic African wisdom.