After watching this, your brain will not be the same 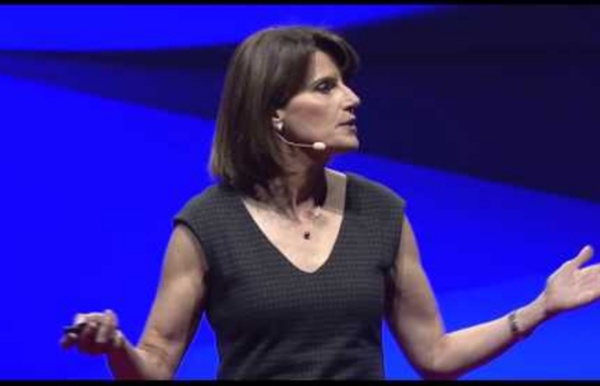 Meet Google Drive – One place for all your files One account. All of Google. Sign in to continue to Google Drive Undoing the Dis-Education of Millennials By Adam J. MacLeod | November 9, 2017, 9:06 EST Printed from: I teach in a law school. For several years now my students have been mostly Millennials. Contrary to stereotype, I have found that the vast majority of them want to learn. Your Brain Has A DELETE Button And Here's How To Use It! There’s an old saying in neuroscience: “neurons that fire together wire together.” This means the more you run a neuro-circuit in your brain, the stronger that circuit becomes. This is why, to quote another old saw, “practice makes perfect”.

Belief in Learning Styles Myth May Be Detrimental WASHINGTON — Many people, including educators, believe learning styles are set at birth and predict both academic and career success even though there is no scientific evidence to support this common myth, according to new research published by the American Psychological Association. In two online experiments with 668 participants, more than 90 percent of them believed people learn better if they are taught in their predominant learning style, whether that is visual, auditory or tactile. But those who believed in learning styles split evenly into an “essentialist” group, with more strongly held beliefs, and a “nonessentialist” group, with more flexible beliefs about learning styles, said lead researcher Shaylene Nancekivell, PhD, a visiting scholar at the University of Michigan. “We found that some people are more likely to believe that students inherit their learning style from their parents and that learning styles affect brain function,” she said.

Music This EFL lesson plan is designed around a video by Art&Graft commissioned by the Barbican arts centre, London and the theme of music. Students practise the adjectives to describe emotions, watch a short video, talk about music and discuss quotations about music. I would ask all teachers who use Film English to consider buying my book Film in Action as the royalties which I receive from sales help to keep the website completely free. Language level: Intermediate (B1) – Upper Intermediate (B2) The Traditional Lecture Is Dead. I Would Know—I’m a Professor When I was young, there was no such thing as the World Wide Web or video streaming. If you wanted to watch something, you had to wait until it appeared on television. Sometimes you might think, “Hey, I think I’ll watch a show,” and flip the channels until you found something interesting. This is how I discovered The Mechanical Universe … And Beyond. If you are not familiar with this wonderful television program from the mid-’80s, it was essentially a college-level introductory physics class presented by Cal Tech University. It included classroom lectures by Cal Tech Caltech applied physicist David Goodstein, some excellent physics demonstrations, and cool stuff like historical reenactments.

Man Missing Most Of His Brain Challenges Everything We Thought We Knew About Consciousness Yet miraculously, the man was not only fully conscious, but lived a rich and unhindered life, working as a civil servant and living with his wife and two kids, blissfully unaware of the gaping hole in his brain. His ability to function without so many of the key brain regions previously considered vital for consciousness raises some major questions about existing theories regarding how the brain works and the mechanisms underlying our awareness. For example, neuroscientists have often asserted that a brain region called the thalamus, which relays sensory signals to the cerebral cortex, is indispensable for consciousness. This is because research has indicated that damage to the thalamus often causes people to fall into a coma, while one team of scientists were even able to manually “switch off” an epileptic patient’s consciousness by electrically stimulating this brain region.

Exam and assignment resources To support you with your upcoming end of semester exams and assignments, we’ve prepared a collection of resources to help you improve your skills and achieve higher grades! Studiosity Accessible to all students through your Blackboard units, Studiosity provides 24/7 writing feedback and the ability to chat with subject experts for one-to-one personal help. Open book exams Not sure where to start with open book exams? This guide runs you through what to expect and what you’ll need to succeed. Art of Mr.Werewolf “when you just want take your dog for a walk… but your favorite forest has just been burned by a huge airship🔥” Gunter and his dire wolf - Nacht, meet the hostile airship! : ) Kong ruled in the cinemas around the world, so I think I can share some of my favorite illustrations / concept arts I did, more than two years ago, at the early stage of the visual development of the Kong: Skull Island movie. It was amazing adventure, great experience and at the same time my last work on non-personal project :) Big thanks to the director Jordan Vogt-Roberts for the trust and this amazing opportunity! more here:

Empathy for others’ pain rooted in cognition rather than sensation, CU-Boulder study finds The ability to understand and empathize with others’ pain is grounded in cognitive neural processes rather than sensory ones, according to the results of a new study led by University of Colorado Boulder researchers. The findings show that the act of perceiving others’ pain (i.e., empathy for others’ pain) does not appear to involve the same neural circuitry as experiencing pain in one’s own body, suggesting that they are different interactions within the brain. “The research suggests that empathy is a deliberative process that requires taking another person’s perspective rather than being an instinctive, automatic process,” said Tor Wager, the senior author of the study, director of the Cognitive and Affective Neuroscience Laboratory and Professor of Psychology and Neuroscience at CU-Boulder. A study detailing the results was published online today in the journal eLife. The National Institutes of Health (NIH) provided funding for the study.

Exploring the Gestalt Principles of Design Listen to the audio version of this article Negative space has long been a staple of good design. Leaving white space around elements of a design is the first thing that usually comes to mind. But then there are designs that use that white space to infer an element that isn’t actually there (the arrow hidden between the E and X in the FedEx logo immediately comes to mind as an example). The human brain is exceptionally good at filling in the blanks in an image and creating a whole that is greater than the sum of its parts. It’s why we see faces in things like tree leaves or sidewalk cracks.

Old Computers: 06/09/2011, Behind the News Steve Jobs is a name that you might not know but it's pretty likely you've seen his products. He's the co-founder of Apple and recently stepped down as the company's boss. And he played a big role in making computers what they are today. But what were they like in the early days? Kirsty takes a look! KIRSTY BENNETT, REPORTER: The year is 1969. 22 Minimal HTML5/CSS3 Parallax Website Templates 2016 The internet is a vertiginous marketplace of ideas, products, services and culture, where nonstop information makes its way around the world billions of times every day. Empires rise and fall in months, at scales that took mankind thousands of years to achieve and to crumble, in our distant past. It is the last great frontier, and man, ever the explorer, gleefully ventures into the unknown depths of this newfound permanent global connection in search of thrills, adventure, fortune and entertainment.

Build the brain you want! Neuroplasticity: how learning changes the brain, how we learn and teach differently. behaviour, practice and effort by squjulia May 7