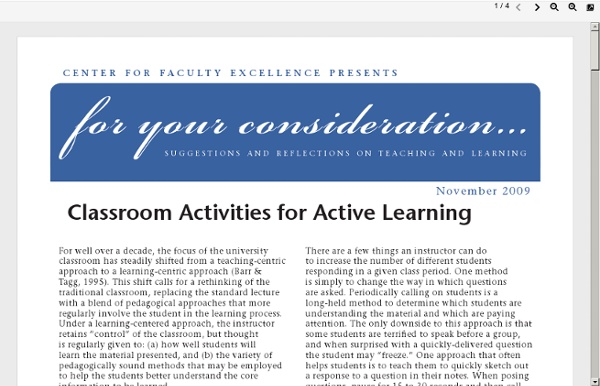 No, It’s Not Arbitrary and Does Make Sense: Teaching the English Punctuation System You might also try putting a period at the end of a “thought.” And what about semi-colons and colons? Well…maybe those are for exceptionally long breaths and thoughts? Okay, I guess you can see that these are no official “Strunk and White” rules about usage but rather the kind of myths about standard punctuation that are perpetuated, sometimes by educators, I’m afraid. Add to this the concern that writers, such as novelist and poets, often employ their own creative punctuation: for example, poet e.e. cummings wrote in all lower-case; popular novelist Stephen King, a former English teacher, writes long, run-on sentences to indicate stream-of-consciousness thought. 1Attack the Old BeliefI’ll stop short of saying telling students “Forget everything you learned before about punctuation,” but I think a good starting place is finding out what students already know.

Plutarch • Sayings of Spartans — 208B‑236E (Vol. III) Plutarch, Moralia 1 When someone expressed surprise to Agasicles, king of the Spartans, because, although he was very fond of reading and lectures, yet he would not admit to his presence Philophanes, a learned man, he said, "I want to be a pupil of those whose son I should like to be as well." 2 When someone else remarked that he while king had been made hostage with those in the prime of life, and not their children or their women, he said, "That is but just, for it is good that we ourselves should bear the consequences of our own mistakes." 3 When he wished to send for some dogs from home, and some said, "There is no such export permitted from there," he said, c"Nor was there of men before this; but now it has been done!" 7 When a lecturer said, "Speech is the most important thing of all," he retorted, "Then if you are silent, you are of no worth at all!" p303 Antiochus Archidamidas

MapFab is a Fabulous Map Creation Tool MapFab is an excellent free map creation tool built on top of Google Maps. MapFab offers a few advantages over Google Maps, but the most notable advantage is that you do not have to create an account in order to create your custom maps. To start creating custom maps on MapFab just head to the site and enter your starting location. When you have finished creating your maps you can download it as a KMZ file to use in Google Earth. Applications for EducationMapFab does not require registration which makes it instantly available to all students. H/T to Google Maps Mania.

Cool tools for school Plagiarism Checker - the most accurate and absolutely FREE! Try now! Socrative - Online Student Response System If you have a SMART Board in your classroom you may be familiar with the SMART Clicker device that polls student responses to teacher initiated questions. While this is a great way to gauge student understanding quickly, it is a costly solution and relies on familiarity with SMART products. If you’re looking for an alternative to purchasing equipment based response tools, check out Socrative.com as an effective student response system. Socrative runs on a variety of devices. Tablets, smartphones, laptops, and desktop computers with an internet browser are all capable of running Socrative – enabling schools to either use their own 1:1 devices or allowing them to take advantage of the technology students come to school with (BYOT) to run the web-based app. Here are some of the key features of Socrative: Check out this video for a great tutorial and additional information: Check out Socrative by going to socrative.com Tags: Socrative, Student Response System, Web Tool About the Author