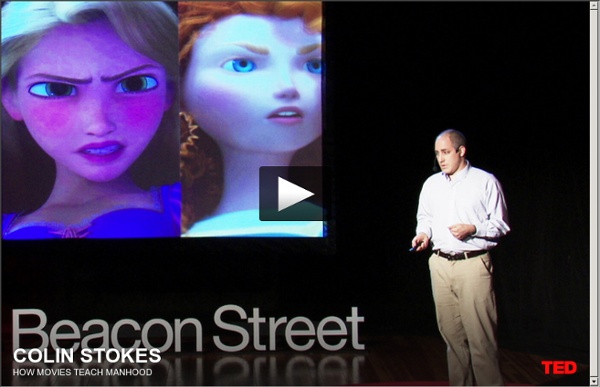 Population pyramids: Powerful predictors of the future - Kim Preshoff If your selected country was not represented by a population pyramid in the lesson, you may wonder what it looks like. The U.S. Census Bureau has an International Data Base that can help you create one. Is your country a fast, slow or no growth pyramid? Miss Representation » Education “An admirable work of media literacy education… Miss Representation stands to have the greatest impact in classrooms.” - Variety ’s Curriculum gives media literacy a much needed gender focus. The curriculum asks girls and boys alike to think about the effects of the images they see—particularly the ways media affects women and girls’ ability to see themselves as leaders and be seen as leaders by others in society.

7 talks on how we make choices Now playing Over the years, research has shown a counterintuitive fact about human nature: That sometimes, having too much choice makes us less happy. This may even be true when it comes to medical treatment. Baba Shiv shares a fascinating study that measures why choice opens the door to doubt, and suggests that ceding control — especially on life-or-death decisions — may be the best thing for us. Social Mission-Dove Campaign Dove®Social Mission Social Mission One Hour of Your Time Makes a World of Difference Only 4% of Women Worldwide

Graduation…now what? Now playing Clinical psychologist Meg Jay has a bold message for twentysomethings: Contrary to popular belief, your 20s are not a throwaway decade. In this provocative talk, Jay says that just because marriage, work and kids are happening later in life, doesn’t mean you can’t start planning now. She gives 3 pieces of advice for how twentysomethings can re-claim adulthood in the defining decade of their lives. “In your 20s, you may not get married or figure out exactly what career you want to pursue. But that doesn’t mean it’s a throwaway decade, says psychologist Meg Jay.

Women's Suffrage Timeline State by State Women won the vote in the United States through a constitutional amendment, finally ratified in 1920. But along the road to winning the vote nationally, states and localities granted suffrage to women within their jurisdictions. This list documents many of those milestones in winning the vote for American women. Also see the international suffrage timeline and the women's suffrage events timeline. 1776: New Jersey gives the vote to women owning more than $250. Later the state reconsidered and women were no longer allowed to vote. ( more)

25 TED Talks Perfect For Classrooms The 50 Best Sources of Free STEM Education Online 12.05K Views 0 Likes Colleges, universities, and other educational forums in your community can be excellent places to learn more about a variety of STEM topics, but there is also a wealth of educational material available on the web for those who prefer to learn at their own pace or take a more individual approach.