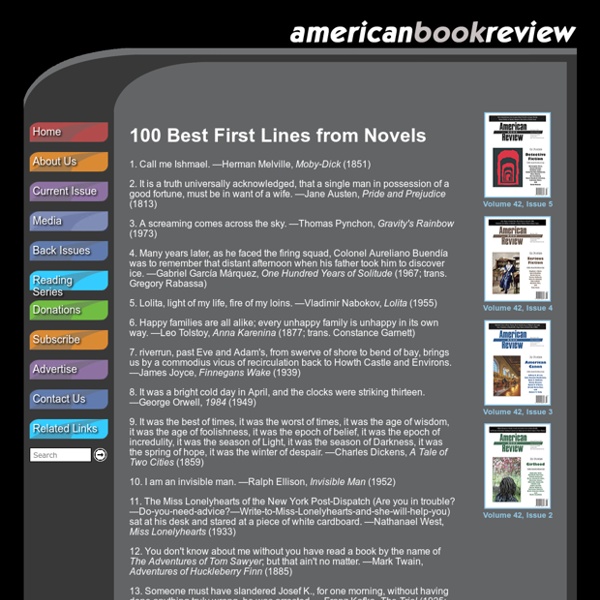 5 Powerful Writing Techniques That Bring Stories to Life Take a moment, close your eyes, and recall a story that truly engaged you as a reader — one whose world and characters became completely real for you. Got one? Now, take off your reader hat and don your analytical writer hat to think about what makes that story so captivating. What writing techniques did the author use to bring the story to life? Was it the wrenching appeal to your emotions, the vivid and brutal action scenes, or the high stakes facing a character? Just as a lion is the product of all the zebras it has eaten, a writer is the product of all the books he or she has read. Here are five great examples of writing techniques that bring the story to life for readers, as demonstrated by five accomplished writers. 1. When you experience a situation, you pick up more than just its sights. The following scene from Saladin Ahmed’s “Hooves and the Hovel of Abdel Jameela” does a wonderful job of pulling the reader into the story by using senses other than sight. 2. 3. 4. 5.

Film-makers use jump cuts, freeze frames, slow motion. Category: Writing Techniques Musicians remix, scratch, sample. Can't we writers have some fun as well? Those few books that do try a new approach are met with tired groans. What the naysayers really mean is that they themselves cannot read it. Two British writers, Nicholas Blincoe and Matt Thorne, recently made a set of 10 rules by which to create fiction. The New Puritans have nailed their colours to the mast, and what a drab, lifeless banner it is. Where does this fixation with the linear narrative come from? Yet we live daily in a web of connections, all of us becoming adept at riding the multiple layers of information. I do not mean a refusal to tell stories. It is pertinent, in this regard, to look at the recent novel House of Leaves, by the American writer Mark Z Danielewski. I would propose that this book is one of the first examples of post-futurism. By reaching towards an imaginary literature, the post-future novel offers itself as a way forward.

How to make a modern novel Category: Writing Techniques Over the past few years there has been an upsurge of interest in experimental electronic music. Allied to the outer fringes of dance culture, and produced by groups such as Pole, Autechre, Oval, and Mouse on Mars, this is the music of machines with diseases. Decay, static, the raw buzz of a frayed connection. Reading interviews with the people involved, I started to learn a little about the computer software employed, and the techniques of creation, and to wonder if the same processes could be used to manipulate and transform the written word. Imagine a musical signal travelling along a pathway. Sometimes, a diagram of the signal's pathway will be included in the sleeve design. The idea behind the Cobralingus project is quite simple: could a piece of text be pushed along a similar pathway? The first task was to create a set of filter gates. I could also drug the language, using such concepts as Anagramethane, Metaphorazine and Fecundamol.

Free Association, Active Imagination, Twilight Imaging Category: Writing Techniques Freud used free association; Jung used what he called active imagination. Active imagination is a psychological state between everyday awareness and the dream world. It occurs naturally in circumstances like listening to stories, watching the flames in a fireplace, and listening to the sea. Progoff uses active imagination, but called it "twilight imagery". It is the central method for working intuitively with diary entries. The key to Twilight Imaging lies in the fact that it takes place in the twilight state between waking and sleeping. Ginsberg's Mind Writing Slogans Category: Writing Techniques "First Thought is Best in Art, Second in Other Matters." - William BlakeI Background (Situation, Or Primary Perception)"First Thought, Best Thought" - Chogyam Trungpa, Rinpoche "Take a friendly attitude toward your thoughts." - Chogyam Trungpa, Rinpoche "The Mind must be loose." - John Adams "One perception must immediately and directly lead to a further perception." - Charles Olson, "Projective Verse" "My writing is a picture of the mind moving." - Philip Whalen Surprise Mind - Allen Ginsberg "The old pond, a frog jumps in, Kerplunk!" - Basho "Magic is the total delight (appreciation) of chance." - Chogyam Trungpa, Rinpoche "Do I contradict myself? Naropa Institute, July 1992 New York, March 5, 1993 New York, June 27, 1993 * Quoting his mentor; Louis Sullivan.Allen Ginsberg "Mind Writing Slogans" © 1992, 1993 by Allen Ginsberg, in What Book: Buddha Poems From Beat To Hiphop, Gary Gach, ed., copyright © 1998 by Gary Gach. Source

The Collage Technique of Anais Nin Category: Writing Techniques By rejecting realistic writing for the experience and intuitions she drew from her diary, Nin was able to forge a novelistic style emphasizing free association, spontaneity, and improvisation, a technique that finds its parallel in the jazz music performed at the café where Nin's characters meet. Nin's literary style evolved to suit her material. In House of Incest can be seen a collage technique in the structuring of important segments. In a collage only the most vivid and outstanding pieces are selected, shaped, and placed in juxtaposition with others to build up a whole picture. The final image may be more or less abstract; the only thing it does not employ is a continuous line just as Nin's work does not have a conventional plot line. from stars in my sky by valerie harms Category: Creative Writing Techniques

Jack Kerouac's Essentials of Spontaneous Prose Category: Writing Techniques SET-UPThe object is set before the mind, either in reality. as in sketching (before a landscape or teacup or old face) or is set in the memory wherein it becomes the sketching from memory of a definite image-object. PROCEDURETime being of the essence in the purity of speech, sketching language is undisturbed flow from the mind of personal secret idea-words, blowing (as per jazz musician) on subject of image. METHODNo periods separating sentence-structures already arbitrarily riddled by false colons and timid usually needless commas-but the vigorous space dash separating rhetorical breathing (as jazz musician drawing breath between outblown phrases)--"measured pauses which are the essentials of our speech"--"divisions of the sounds we hear"-"time and how to note it down." STRUCTURE OF WORKModern bizarre structures (science fiction, etc.) arise from language being dead, "different" themes give illusion of "new" life. Jack Kerouac reads from On the Road

Rimbaud's Systematic Derangement of the Senses Category: Writing Techniques The first task of the man who wants to be a poet is to study his own awareness of himself, in its entirety; he seeks out his soul, he inspects it, he tests it, he learns it. As soon as he knows it, he must cultivate it! . . . --But the problem is to make the soul into a monster, like the compachicos, you know? I say you have to be a visionary, make yourself a visionary. When the eternal slavery of Women is destroyed, when she lives for herself and through herself, when man--up till now abominable--will have set her free, she will be a poet as well! Category: Creative Writing Techniques

Let’s ditch the dangerous idea that life is a story | Aeon Essays ‘Each of us constructs and lives a “narrative”,’ wrote the British neurologist Oliver Sacks, ‘this narrative is us’. Likewise the American cognitive psychologist Jerome Bruner: ‘Self is a perpetually rewritten story.’ And: ‘In the end, we become the autobiographical narratives by which we “tell about” our lives.’ So say the narrativists. I think it’s false – false that everyone stories themselves, and false that it’s always a good thing. What exactly do they mean? Perhaps. Get Aeon straight to your inbox The tendency to attribute control to self is, as the American social psychologist Dan Wegner says, a personality trait, possessed by some and not others. In the past 20 years, the American philosopher Marya Schechtman has given increasingly sophisticated accounts of what it is to be Narrative and to ‘constitute one’s identity’ through self-narration. I still doubt that this is true. various selves… make up our composite Self. My self… is a dramatic ensemble. How can man know himself?

Story Wars - Writing stories together 25 Things You Should Know About Narrative Point-Of-View 1. Know Thy Narrator One of the first questions you have to ask is, who the fuck is telling this story? Is intrepid space reporter Annie McMeteor telling it in her own voice? 2. You already know this but it bears repeating: first-person POV is when the story is told with the pronoun “I” (I went to the store, I like cheese, I killed a man in Reno not so much to watch him die but more because I wanted his calculator wristwatch). 3. The second-person mode uses the pronoun “you.” 4. A novel has no camera because a novel is just a big brick of words, but for the sake of delicious metaphor, let’s assume that “camera” is representative of the reader’s perspective. 5. Put different, it becomes a question of intimacy. 6. The objective mode of storytelling says, “Hey, reader, go stand outside and watch the story from the window, you funky little perv-weasel.” 7. The subjective narrative mode filters the story through the lens of a single character. 8. YOU ARE NOW A GOLDEN GOD. 9. 10. 11. 12. 13.