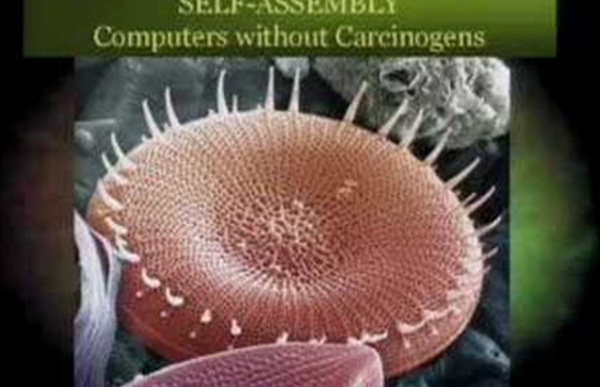 Angela Belcher Angela Belcher is the W. M. Keck Professor of Energy, Materials Science & Engineering, and Biological Engineering at MIT. A materials chemist, her primary research focus is evolving new materials for energy, electronics and the environment. She received her B.S.

12 pieces of advice for giving talks that have impact Courtney E. Martin hosts a session called “The 19th Minute,” and shared valuable insight on how to give a talk that has real impact. Photo: Marla Aufmuth/TED Sharing an idea isn’t like snapping your fingers — things don’t just instantly change. How to embrace the near-win: Sarah Lewis at TED2014 Sarah Lewis. Photo: Bret Hartman “In that moment, my view of success and creativity changed,” says Lewis. “I realized that success is a moment, but what we’re always celebrating is creativity and mastery. We often want the moment of completion, but what really propels us is the unfinished.”

10 talks you won't be able to stop thinking about Now playing Here's a TED first: an animated Socratic dialog! In a time when irrationality seems to rule both politics and culture, has reasoned thinking finally lost its power? Watch as psychologist Steven Pinker is gradually, brilliantly persuaded by philosopher Rebecca Newberger Goldstein that reason is actually the key driver of human moral progress, even if its effect sometimes takes generations to unfold. 8 math talks to blow your mind Mathematics gets down to work in these talks, breathing life and logic into everyday problems. Prepare for math puzzlers both solved and unsolvable, and even some still waiting for solutions. Ron Eglash: The fractals at the heart of African designs When Ron Eglash first saw an aerial photo of an African village, he couldn’t rest until he knew — were the fractals in the layout of the village a coincidence, or were the forces of mathematics and culture colliding in unexpected ways? Here, he tells of his travels around the continent in search of an answer. How big is infinity?

70+ book picks from TED speakers and attendees The tables in bookstores can be overwhelming: Every book cover looks appealing, every blurb glows with praise. Sometimes, you just need a recommendation from a human, someone you trust. Below, 10 members of the TED community — with very different points of view — share the books they think you’ll enjoy this summer. Their selections are wonderfully untethered to new releases and bestsellers, with a little something for everyone. Mind-bending fiction, picked by David Eagleman David Eagleman is a neuroscientist whose sensory vest may just expand the limits of human perception.

You Can Easily Learn 100 TED Talks Lessons In 5 Minutes Which Most People Need 70 Hours For The other week I watched 70 hours of TED talks; short, 18-minute talks given by inspirational leaders in the fields of Technology,Entertainment, and Design (TED). I watched 296 talks in total, and I recently went through the list of what I watched, weeded out the crappy and boring talks, and created a list of the 100 best things I learned ! This article isn’t entirely about productivity, but I guarantee you’ll learn a thing or two. Here are 100 incredible things I learned watching 70 hours of TED talks last week! Productivity 1.

21 Short Videos Worth More Than an MBA If you're determined to get a job that requires an MBA, by all means spend the time and money to get one. However, if you want to know more about business than 99.9 percent of your colleagues, you can spend a day watching these TED Talks. Motivation 1. Why we do what we do Tony Robbins discusses the invisible forces that make us do what we do and how to use them to your advantage.