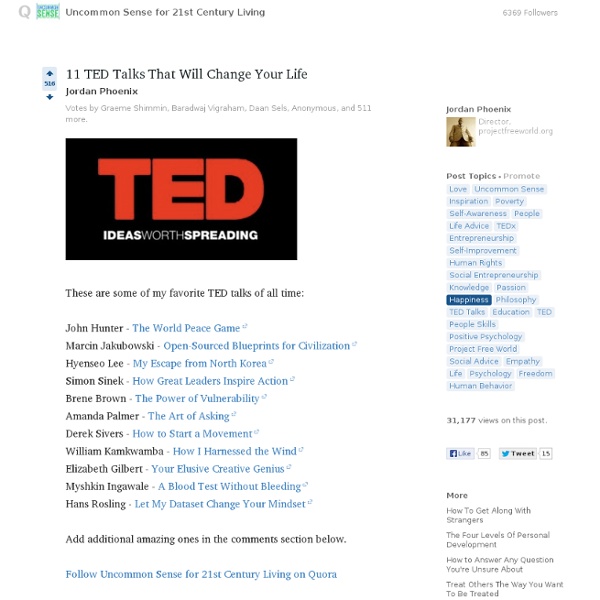 How to Make the World a Better Place: 25 Steps Edit Article Improving LocallyImproving GloballyImproving at HomeGetting More Ideas Edited by Spacookie, Sondra C, Flickety, Maluniu and 89 others The world is an awfully big place and there are accordingly a huge number of things that you can do to make it an even more incredible place to live. But sometimes having so many options can be overwhelming and there may be ways that you can help that you never thought about before. When you're feeling hopeful but lost, wikiHow has your back with this helpful guide to improving your planet and society as a whole. Ad Steps Part 1 of 4: Improving Locally 1Volunteer. 5Take pride in where you live. Part 2 of 4: Improving Globally 1Donate to the right charities. 6Be an animal advocate. Part 3 of 4: Improving at Home 1Be nice. 5Be helpful to everyone. Part 4 of 4: Getting More Ideas 1Help the homeless. 5Compost your excess organic waste. Tips Make sure you inform mostly everyone you know about pollution, and especially global warming. Warnings

The End Of Advertising As We Know It--And What To Do Now "How are we supposed to judge a creative idea versus a product idea?" This was a question that surfaced during one of the many long judging sessions last week in the South of France where I got to preside over the Mobile category, one of the 16 categories at the Cannes Lions International Festival of Creativity. It caused quite a stir in the jury room. Some strongly argued that creative ideas and product ideas should not be in the same category, while others countered that real users don’t necessarily differentiate the two. Whether it’s a campaign or a product, brands are vying for people’s time. This question about campaigns versus products was raised simply and partially out of confusion. Yes and Yes. Kodak filed for bankruptcy while Instagram was bought by Facebook for $1 billion. Chris Anderson put it. The reality is this: Business ideas from the least expected players and angles will disrupt your brand faster than advertising can save it. Now what? 1. 2. 3. 4.

Grassroots philanthropy; charitable tax deductible donations; project impact See How It Works - Just Press Play! GlobalGiving connects you to over 1,000 pre-screened grassroots charity projects around the world. It's an efficient, transparent way to make an impact with your giving. Connecting Donors to Doers GlobalGiving begins with the dedicated, tenacious individuals who are driving change in their communities. Here's How the Process Works Project Leaders post their causes and details about what they need on GlobalGiving.org - giving you an inside look at the project's unique needs and work being done. How Can I List a Project on GlobalGiving? To list a project on GlobalGiving, you can participate in one of our "Open Challenges". Verified Projects Projects on globalgiving.org undergo compliance checks to ensure they have a bona fide charitable purpose and meet applicable laws relating to international philanthropy. Ready to give? Find a project and choose your way to change the world.

How AirBnb and Uber could be the next eBay and Amazon (Update: Weeks after I wrote this post, Google invested over $250 million into Uber. Google has Shopping Express delivery, self-driving cars, a social network that may categorize things you own, this is in general alignment with the following thesis) Collaborative Economy startups like Airbnb and Uber will play a major role in changing the economic culture if they continue at their current growth rate. Airbnb could be the next eBay, and Uber could be the next Amazon. You’re probably familiar with the global news about Airbnb and Uber. On July 20th, Tom Friedman featured Airbnb in his column in the New York Times. Before we prognosticate about the future, however, let’s first discuss the overarching trends in our society. So how do Airbnb and Uber deliver on these overarching trends? Airbnb delivers personalized, local experiences, powered by the crowd. The future state of Airbnb could go beyond just beds, disrupting eBay. Uber delivers services, and now goods, on demand.

Homeless Coder Children are suffering a severe deficit of play – Peter Gray When I was a child in the 1950s, my friends and I had two educations. We had school (which was not the big deal it is today), and we also had what I call a hunter-gather education. We played in mixed-age neighbourhood groups almost every day after school, often until dark. We played all weekend and all summer long. For more than 50 years now, we in the United States have been gradually reducing children’s opportunities to play, and the same is true in many other countries. Over the same decades that children’s play has been declining, childhood mental disorders have been increasing. The decline in opportunity to play has also been accompanied by a decline in empathy and a rise in narcissism, both of which have been assessed since the late 1970s with standard questionnaires given to normative samples of college students. Learning versus playing. The young of all mammals play. This so-called ‘practice theory of play’ is well-accepted today by researchers. Daily Weekly Related video

FUCKING HOMEPAGE - Useful Websites Here is a list of websites we have featured in the past that might come in handy. Remember to set FuckingHomepage.com as your start page if you haven’t already. Educational/Learning favoriteandforget.com – Useful and educational links updated daily. Set it as your homepage and forget about it.khanacademy.org - video lectures on just about any subjectted.com - lectures by smart peopleinternetisuseful.com - for every educational website or useful web app out thereacademicearth.org - classroom lecturesfreerice.com - expand your vocabulary while feeding the hungrylizardpoint.com - a collection of geography quizzesmathrun.net - timed math quizzesclassicshorts.com - the best short storieserowid.org - learn about drugsqwikia.com - turn a Wikipedia article into a videounplugthetv.com - a collection of intellectually stimulating videosfactsie.com - a place to learn amazing and unusual historical and scientific facts Learn Skills Useful Web Apps Entertainment - Music, Movies, Sports, Books

The Pace of Productivity and How to Master Your Creative Routine by Maria Popova “When you work regularly, inspiration strikes regularly.” We seem to have a strange but all too human cultural fixation on the daily routines and daily rituals of famous creators, from Vonnegut to Burroughs to Darwin — as if a glimpse of their day-to-day would somehow magically infuse ours with equal potency, or replicating it would allow us to replicate their genius in turn. And though much of this is mere cultural voyeurism, there is something to be said for the value of a well-engineered daily routine to anchor the creative process. Manage Your Day-to-Day: Build Your Routine, Find Your Focus, and Sharpen Your Creative Mind (public library), edited by Behance’s 99U editor-in-chief Jocelyn Glei and featuring contributions from a twenty of today’s most celebrated thinkers and doers, delves into the secrets of this holy grail of creativity. It’s time to stop blaming our surroundings and start taking responsibility. Step by step, you make your way forward. Donating = Loving

Health - The best stats you've ever seen Even the most worldly and well-traveled among us will have their perspectives shifted by Hans Rosling. A professor of global health at Sweden's Karolinska Institute, his current work focuses on dispelling common myths about the so-called developing world, which (he points out) is no longer worlds away from the West. In fact, most of the Third World is on the same trajectory toward health and prosperity, and many countries are moving twice as fast as the west did. What sets Rosling apart isn't just his apt observations of broad social and economic trends, but the stunning way he presents them. Rosling's presentations are grounded in solid statistics (often drawn from United Nations data), illustrated by the visualization software he developed. Rosling developed the breakthrough software behind his visualizations through his nonprofit Gapminder, founded with his son and daughter-in-law.

For the Love of Money Photo IN my last year on Wall Street my bonus was $3.6 million — and I was angry because it wasn’t big enough. I was 30 years old, had no children to raise, no debts to pay, no philanthropic goal in mind. I wanted more money for exactly the same reason an alcoholic needs another drink: I was addicted. Eight years earlier, I’d walked onto the trading floor at Credit Suisse First Boston to begin my summer internship. I’d learned about the importance of being rich from my dad. Dad believed money would solve all his problems. IT was a miracle I’d made it to Wall Street at all. Three weeks into my internship she wisely dumped me. She helped me see that I was using alcohol and drugs to blunt the powerlessness I felt as a kid and suggested I give them up. After graduation, I got a job at Bank of America, by the grace of a managing director willing to take a chance on a kid who had called him every day for three weeks. I felt so important. Still, I was nagged by envy. But I was lying to myself.

Science 2.0 Science 2.0 is a somewhat controversial umbrella term, not precisely defined,[1] which describes a range of activities,[2] described by proponents of the term as coalescing[3] into an emerging open science movement.[3][4] The term suggests the benefit of increased collaboration between scientists,[2][3][5] often digitally based, using computer networking and the Internet.[6] Science 2.0 encompasses scientists using collaborative technology like wikis,[4] blogs,[4][5] and video journals,[2] to share findings,[4] which may include raw data and "nascent theories" online.[7] The sense of the term suggests the benefits of openness and sharing, regarding papers and research ideas and partial solutions.[3] A general view is that Science 2.0 is gaining traction[3] with websites beginning to proliferate,[7] yet at the same time there is considerable resistance within the scientific community about aspects of the transition as well as discussion about what, exactly, the term means. See also[edit]

Even If We Cut All Energy And Transportation Emissions, The Meat And Dairy Will Kill Us There are few things more uncomfortable than refusing to eat the brisket your grandmother spent 12 hours slow-cooking overnight. But we’re going to have to get over that discomfort fairly soon. And our grandmothers might need to change up the recipe. A new study shows that if we don’t cut down on meat and dairy consumption in the present, global temperatures could spin out of control. In 2010, nearly 200 governments agreed to work towards limiting global greenhouse gas emissions so that temperatures would not rise more than 2 degrees Celsius (3.6 degrees Fahrenheit). The new study, published in Climatic Change from a trio of Scandinavian researchers, shows that without reducing meat and dairy consumption, a two-degree goal will be impossible by the year 2070. The researchers broke down the data into five different climate change scenarios for the global agricultural sector. The only other change that’s left is our diets. “Fuels are the main emissions source. [Image: Cows via Shutterstock]