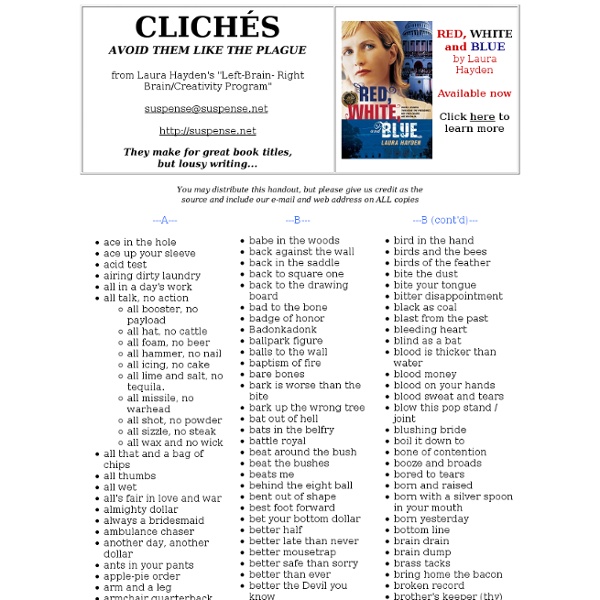 Related:  writing stuff • How To

Theories of Emotion Emotions exert anincredibly powerful force on human behavior. Strong emotions can cause you to take actions you might not normally perform, or avoid situations that you generally enjoy. Why exactly do we have emotions? What Is Emotion? In psychology, emotion is often defined as a complex state of feeling that results in physical and psychological changes that influence thought and behavior. Theories of Emotion The major theories of motivation can be grouped into three main categories: physiological, neurological, and cognitive. The James-Lange Theory of Emotion The James-Lange theory is one of the best-known examples of a physiological theory of emotion. proposed by psychologist William James and physiologist Carl Lange, the James-Lange theory of emotion suggests that emotions occur as a result of physiological reactions to events. According to this theory, you see an external stimulus that leads to a physiological reaction. The Cannon-Bard Theory of Emotion Schachter-Singer Theory Myers, D.

Cliches #1 - A wedding takes place where the phrase "And if there's anyone present who can see why these two shouldn't be joined in marriage, speak now or forever hold your peace," is followed by a scene in which nobody holds their peace. (Corollary: It is a Universal Rule of Fantasy that the hero and his buddies, when attempting to stop a wedding between the hero's love interest and the villain, MUST choose the particular moment after that phrase is uttered, to launch their attack, --even if waiting to do so puts them at a strategic disadvantage.) #2. - The all-powerful wizard/seemingly unbeatable enemy turns out to be a mischievous child or a dinky old man behind a curtain. #3. - The villain's fortress starts to crumble around our heroes the moment he is defeated, leaving our heroes just barely enough time to escape before it collapses. #4. - The overly friendly (or, in some cases, vaguely menacing) bishop or church official turns out to actually be at the head of the evil cult. #15.

6 Ways to Hook Your Readers Although I consider myself an avid reader, I must admit I have a short attention span when it comes to getting into books. If you fail to grab my attention in the first few lines, I start spacing out. Most readers are like me. Most people don’t want to spend the first 50 pages trying to get into a book. Here are a few things I find annoying in the first lines of a story: Dialogue. The last thing you want to do as a writer is annoy or bore people. (N.B. 1. Put a question in your readers’ minds. “Those old cows knew trouble was coming before we did.” 2. By starting at an important moment in the story, your reader is more likely to want to continue so he or she can discover what will happen next. “It was dark where she was crouched but the little girl did as she’d been told.” 3. Description is good when it encourages people to paint a picture in their minds. “Last night I dreamt I went to Manderley again.” 4. 5. “They had flown from England to Minneapolis to look at a toilet.” 6.

Conciseness Summary: This resource will help you write clearly by eliminating unnecessary words and rearranging your phrases. Contributors:Ryan Weber, Nick HurmLast Edited: 2013-02-27 10:18:41 The goal of concise writing is to use the most effective words. Concise writing does not always have the fewest words, but it always uses the strongest ones. This resource contains general conciseness tips followed by very specific strategies for pruning sentences. 1. Often, writers use several small and ambiguous words to express a concept, wasting energy expressing ideas better relayed through fewer specific words. Wordy: The politician talked about several of the merits of after-school programs in his speech (14 words) Concise: The politician touted after-school programs in his speech. (8 words) Wordy: Suzie believed but could not confirm that Billy had feelings of affection for her. Concise: Suzie assumed that Billy adored her. (6 words) (20 words) (9 words) (10 words) 2. (22 words) (66 words) (32 words) (67 words) 3.

Cliches Cliché is the enemy of good writing. We, as writers, are trained to kill clichéd phrases in sentences. But that's not the only place they can hide—they can infect the spaces between the words, too. Clichés can infect storytelling techniques. Need to build some tension? Is your narrator a dick? Want to get all writerly in conveying the plot? These are storytelling devices that pop up again and again, crutches for the writer to lean on and help move the story along without actually having to stretch their abilities. 1. Why it's easy: Describing a character when you're writing in the third person is pretty easy when the narrative voice is omniscient. Why it's a cop out: It's lazy, it's been done to death, and anyway, no one looks in a mirror and takes stock of all their features in severe detail. 2. Why it's easy: Sometimes you need to give a little weight to a character who's been sitting around and doing nothing, or make sure the reader is on his or her toes. 3. 4. 5. 6. 7. 8. 9. 10.

Ten rules for writing fiction Elmore Leonard: Using adverbs is a mortal sin 1 Never open a book with weather. If it's only to create atmosphere, and not a charac­ter's reaction to the weather, you don't want to go on too long. 2 Avoid prologues: they can be ­annoying, especially a prologue ­following an introduction that comes after a foreword. 3 Never use a verb other than "said" to carry dialogue. 4 Never use an adverb to modify the verb "said" ... he admonished gravely. 5 Keep your exclamation points ­under control. 6 Never use the words "suddenly" or "all hell broke loose". 7 Use regional dialect, patois, sparingly. 8 Avoid detailed descriptions of characters, which Steinbeck covered. 9 Don't go into great detail describing places and things, unless you're ­Margaret Atwood and can paint scenes with language. 10 Try to leave out the part that readers tend to skip. My most important rule is one that sums up the 10: if it sounds like writing, I rewrite it. Diana Athill Margaret Atwood 3 Take something to write on.

Scene-Creation Workshop — Writing Scenes that Move Your Story Forward As the atom is the smallest discrete unit of matter, so the scene is the smallest discrete unit in fiction; it is the smallest bit of fiction that contains the essential elements of story. You don’t build a story or a book of words and sentences and paragraphs — you build it of scenes, one piled on top of the next, each changing something that came before, all of them moving the story inexorably and relentlessly forward. You can, of course, break the scene up into its component pieces — words, sentences, and paragraphs — but only the scene contains the vital wholeness that makes it, like an atom of gold, a building block of your fiction. So what is this magical element that gives your scene its life and makes it the brick with which you build your fiction? Change. When is a scene a scene? We’re going to create some very short scenes here — I’ll do some demos, and then you’ll do some practice scenes. Let’s start with the most basic of basic scenes. Okay. Now it’s your turn. Okay. Back?

How To Write A Novel Using The Snowflake Method Writing a novel is easy. Writing a good novel is hard. That’s just life. If it were easy, we’d all be writing best-selling, prize-winning fiction. Frankly, there are a thousand different people out there who can tell you how to write a novel. There are a thousand different methods. In this article, I’d like to share with you what works for me. This page is the most popular one on my web site, and gets over a thousand page views per day, so you can guess that a lot of people find it useful. Good fiction doesn’t just happen, it is designed. For a number of years, I was a software architect designing large software projects. I claim that that’s how you design a novel — you start small, then build stuff up until it looks like a story. If you’re like most people, you spend a long time thinking about your novel before you ever start writing. But before you start writing, you need to get organized. Step 1) Take an hour and write a one-sentence summary of your novel. Shorter is better.

Dark Treasury: World Building World Building is fun. It can also be a nightmare. How can one person possibly create an entire world? There's just so much to consider. Templates Below are some awesome sites with amazing details about each characteristic of World Building. SFWA: Fantasy World Building QuestionsCreating Fantasy and Science Fiction WorldsConsider WorldbuildingBerley’s Top 10 World Building Tips for Sci Fi or FantasyInkwell Ideas: Worldbuilding: Local Area DesignSquidoo: Fantasy Worldbuilding Resources Darkness/Dark-side Defined (Physical and Psychological) For some reason, I've always been facinatd by darkness. Dictionary.com: DarknessMerriam-Webster: DarknessEssential Secrets of Psychology: "What is the Shadow?" Characters, Creatures & Powers Most dark fantasy stories have some sort of non-human character. Setting I'm a visual person. Government Your world will have a governing body (maybe more than one).

Related:
Related:  writing stuff   -  How To