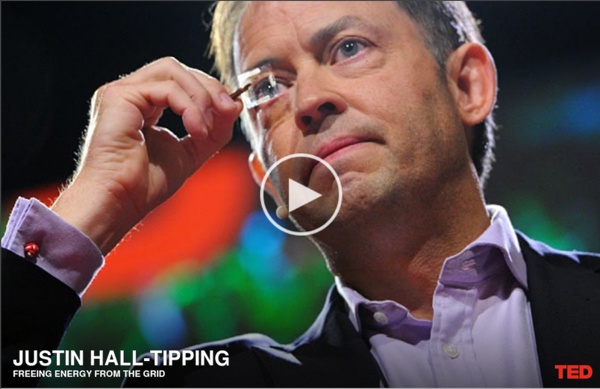 How to embrace the near-win: Sarah Lewis at TED2014 Sarah Lewis. Photo: Bret Hartman “In that moment, my view of success and creativity changed,” says Lewis. “I realized that success is a moment, but what we’re always celebrating is creativity and mastery. TOP 10 IMPOSSIBLE INVENTIONS THAT WORK « Revolutionizing Awareness Searl Effects Generator by Jeane Manning When Leonardo da Vinci sketched out an impossible invention, fifteenth-century scholars probably put him down. Forget it, Leon. If machines could fly, we’d know about it. Throughout history, experts tell innovators that their inventions are impossible.

8 math talks to blow your mind Mathematics gets down to work in these talks, breathing life and logic into everyday problems. Prepare for math puzzlers both solved and unsolvable, and even some still waiting for solutions. Ron Eglash: The fractals at the heart of African designs When Ron Eglash first saw an aerial photo of an African village, he couldn’t rest until he knew — were the fractals in the layout of the village a coincidence, or were the forces of mathematics and culture colliding in unexpected ways? Here, he tells of his travels around the continent in search of an answer. Window Socket – Solar Energy Powered Socket by Kyuho Song & Boa Oh The Window Socket offers a neat way to harness solar energy and use it as a plug socket. So far we have seen solutions that act as a solar battery backup, but none as a direct plug-in. Simple in design, the plug just attaches to any window and does its job intuitively. Designers: Kyuho Song & Boa Oh

On being wrong: Kathryn Schulz on TED Culture The upside of losing an argument and/or being wrong My last fight came after, of all things, the movie Pacific Rim. As my moviegoing companion and I walked out of the theater, he said of Guillermo del Toro’s latest, “That was awesome.”

12 pieces of advice for giving talks that have impact Courtney E. Martin hosts a session called “The 19th Minute,” and shared valuable insight on how to give a talk that has real impact. Photo: Marla Aufmuth/TED Introduction to Global Energy Transmission Project aka Global Energy Transmission As of today, at least 40% of the world’s electric power still comes from coal, despite scientific and technical achievements that have been made so far. So, coal yet plays a very important role in modern life. Many countries all over the world realize that they are not able to give up the use of coal.

You Can Easily Learn 100 TED Talks Lessons In 5 Minutes Which Most People Need 70 Hours For The other week I watched 70 hours of TED talks; short, 18-minute talks given by inspirational leaders in the fields of Technology,Entertainment, and Design (TED). I watched 296 talks in total, and I recently went through the list of what I watched, weeded out the crappy and boring talks, and created a list of the 100 best things I learned ! This article isn’t entirely about productivity, but I guarantee you’ll learn a thing or two. Here are 100 incredible things I learned watching 70 hours of TED talks last week! Productivity

Google acquires kite-power generator Google has acquired a US company that generates power using turbines mounted on tethered kites or wings. Makani Power will become part of Google X - the secretive research and development arm of the search giant. The deal comes as Makani carries out the first fully autonomous flights of robot kites bearing its power-generating propellers. Google has not said how much it paid to acquire Makani, but it has invested $15m (£9.9m) in the company before now. In a statement posted to its website, Makani said the deal would "provide Makani with the resources to accelerate our work to make wind energy cost competitive with fossil fuels". Rather than use fixed turbines to generate power, Makani has been experimenting with "flying wings" adorned with several smaller turbines that act as propellers as the craft takes off.

TED Quotes: Facts, insight and humor from TEDTalks — in shareable bites TED Quotes are made possible by Allianz SE Facts, insight and humor —in shareable bites TED Quotes brings you salient bits of TEDTalks, on everything from activism to storytelling, from chemistry to curiosity. 10 talks you won't be able to stop thinking about Now playing Here's a TED first: an animated Socratic dialog! In a time when irrationality seems to rule both politics and culture, has reasoned thinking finally lost its power? PowerPedia:Testatika From PESWiki Update, September 2012: I called the Methernitha commune about coming for a visit, and learned that 1) the inventor passed away a couple of years ago, 2) no one at the commune is continuing with the technology, 3) they don't know who has knowledge about how the system works. They didn't seem interested in propagating it in any way. -- Sterling D. Allan The Testatika is an electromagnetic/electrostatic generator based on the 1989 Pidgeon electrostatic machine which includes an inductance circuit, a capacitance circuit, and a thermionic rectification valve. Allegedly a free energy machine that harnesses energy from the aether, the Testatika resembles in some respects a Wimshurst machine.

The funniest TED Talks Now playing The New Yorker receives around 1,000 cartoons each week; it only publishes about 17 of them. In this hilarious, fast-paced, and insightful talk, the magazine's longstanding cartoon editor and self-proclaimed "humor analyst" Bob Mankoff dissects the comedy within just some of the "idea drawings" featured in the magazine, explaining what works, what doesn't, and why.