Creative 4D Artworks That Invade Reality. A creative mind can do anything, and from anything it means that they can create a breathtaking real-looking image with their pen. 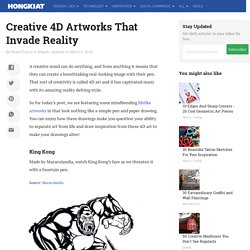 That sort of creativity is called 4D art and it has captivated many with its amazing reality defying style. So for today’s post, we are featuring some mindbending lifelike artworks in that look nothing like a simple pen and paper drawing. You can enjoy how these drawings make you question your ability to separate art from life and draw inspiration from these 4D art to make your drawings alive! King Kong Made by Macacolandia, watch King Kong’s face as we threaten it with a fountain pen. Source: Macacolandia Fierce Dog You can’t stop staring at how cool and creative this drawing is.

Chef Draw, or the crazy chef will cut off your hand! Bike Greatly inspired by the works of Macacolandia, Javaraj Paul has his own style when it comes to creating the artwork and illusion that both rock. Source: Ads of the World Can Do my eyes deceive me? Sword. Kadho. Undoing the Dis-Education of Millennials. By Adam J. 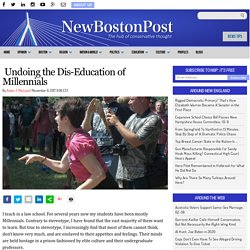 MacLeod | November 9, 2017, 9:06 EST Printed from: I teach in a law school. For several years now my students have been mostly Millennials. Contrary to stereotype, I have found that the vast majority of them want to learn. They cannot learn until their minds are freed from that prison. Here is the speech I gave them. After watching this, your brain will not be the same. How to design for emotions: a starter’s guide – Inside Dogstudio. Weird al levitating ball. The Traditional Lecture Is Dead. I Would Know—I’m a Professor. When I was young, there was no such thing as the World Wide Web or video streaming. 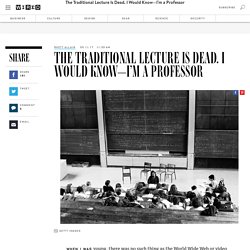 If you wanted to watch something, you had to wait until it appeared on television. Sometimes you might think, “Hey, I think I’ll watch a show,” and flip the channels until you found something interesting. This is how I discovered The Mechanical Universe … And Beyond. If you are not familiar with this wonderful television program from the mid-’80s, it was essentially a college-level introductory physics class presented by Cal Tech University. It included classroom lectures by Cal Tech Caltech applied physicist David Goodstein, some excellent physics demonstrations, and cool stuff like historical reenactments.

Now that the internet exists, you can find The Mechanical Universe on YouTube, and you ought to check it out. What is the traditional lecture? Now, don’t get me wrong. But wait! You may think by now that I think most physics professors are dolts. Another easy change? Go Back to Top. Art of Mr.Werewolf. “when you just want take your dog for a walk… but your favorite forest has just been burned by a huge airship🔥” Gunter and his dire wolf - Nacht, meet the hostile airship! 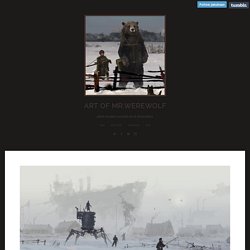 : ) Kong ruled in the cinemas around the world, so I think I can share some of my favorite illustrations / concept arts I did, more than two years ago, at the early stage of the visual development of the Kong: Skull Island movie. It was amazing adventure, great experience and at the same time my last work on non-personal project :) Big thanks to the director Jordan Vogt-Roberts for the trust and this amazing opportunity! More here: Are you having a bad day?

22 Minimal HTML5/CSS3 Parallax Website Templates 2016. The internet is a vertiginous marketplace of ideas, products, services and culture, where nonstop information makes its way around the world billions of times every day. 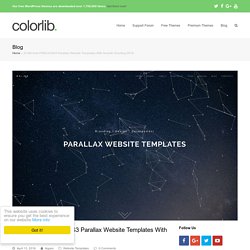 Empires rise and fall in months, at scales that took mankind thousands of years to achieve and to crumble, in our distant past. It is the last great frontier, and man, ever the explorer, gleefully ventures into the unknown depths of this newfound permanent global connection in search of thrills, adventure, fortune and entertainment. As the web matures and as Moore’s law pushes the envelope of what a machine can and should do, standards are adopted and abandoned one after another in an endless iteration of increasing potency, functionality, versatility, visual quality, polished feel, smoother experiences, and so on.

As web design itself matures, designers have a better understanding of the science and the art of delivering all sorts of content to users in effective manner. Now, the emphasis is on the polished feel. Carna. Rhythm — One & Multi Page Creative Theme.