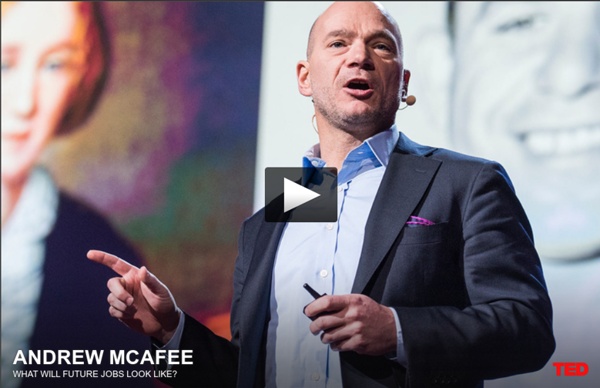 What to Say When They Say It’s Impossible by Andrea Brower Here are ten smart responses you can use when people tell you there’s no alternative to the capitalism that’s cooking the planet. posted Jun 13, 2013 Photos from Lana N/Shutterstock and Yes! Those committed to building a more just future must question the taken-for-granted “truths” that support the beliefs that capitalism is the only common-sense possibility and that there is no alternative. 1. Does capitalism “work”? 2. Of course the world is complex. 3. Doing away with capitalism doesn’t mean resorting to primitivism, denying the poor their right to development, or abandoning all of our washing machines. 4. Attaching our values of freedom to the market is not just dehumanizing. 5. Progress toward what? 6. They could. 7. Can we really say that things are getting better as we head toward the annihilation of our own species? 8. What's Love Got to Do with the Apocalypse? 9. 10. Andrea Brower wrote this article for Love and the Apocalypse, the Summer 2013 issue of YES! Interested?

Alice Goffman: How we're priming some kids for college — and others for prison Close Help with subtitles Desktop / laptop users: please make sure you have the most updated versions of your browser and Flash player, and that Flash is enabled when you visit TED.com. iOS users: to access subtitles, start playing the video, then tap the speech bubble icon that appears in the bottom row of video controls. Android users: although Android devices do not support subtitles, you can download the TED app from the Google Play store. Robots Will Steal Your Job, But That's OK | How to Survive the Economic Collapse and Be Happy Teaching Freedom and Celebrating Different Perspectives as Elements of Educational Curriculum for Life This page outlines teaching curriculum ideas for Freedom and Celebrating Other Perspectives as elements of the “Play” category of the Curriculum for Life component of the open source Education for Life Program. This curriculum is meant as a globally collaborative and ever-expanding archive of ideas to be combined with the Teaching Strategies for Life component, and Learning Tools and Toys for Life component, to create endless Lesson Plans for Life purposed to grow and evolve what we feel will be the most comprehensive, effective, and diversely applicable free-education program and open source and free-shared project-launch usable education blueprint in the world. The following is a list of freedom and celebrating other perspectives curriculum topics divided into 2 categories: “Freedom” and “Celebrating Other Perspectives.” If you have an idea or section that you believe should be included here, please send it to us using our Suggestions Page. Freedom What is freedom?

'How on Earth?' - A Book for a New Economy Thanks to incredible generosity and support, we made our goal! If you've only just discovered this project and would like to contribute and/or grab a copy of the book, please visit: and/or contact us via: info@postgrowth.org We're happy to honour any of the listed 'perks'. What on Earth is this project? At the Post Growth Institute, we are writing a book: How on Earth? Why on Earth are we doing this? How on Earth could that be possible? As the mainstream attention on the Occupy movement faded, protesters even started to question whether being fed up was worthwhile. Then a real alternative emerged. This scenario of a not-for-profit world is closer to the present reality than you might think. Many not-for-profits now understand that generating their own income allows them to fund the good work they do (as opposed to the traditional approach that depends on grants and philanthropy). How on Earth are we making this happen? 1. 2. 3. 4. 5. How on Earth can you help? 1. 2. 3.

Water Contamination from Fracking: Jessica Ernst Releases Groundbreaking Report Environmental consultant Jessica Ernst on her land in Alberta (Colin Smith photo) Jessica Ernst, a high-profile, Alberta-based environmental consultant, has released a comprehensive summary of science, facts and documents relating to groundwater contamination from the controversial practice of natural gas hydraulic fracturing (fracking). The culmination of ten years of research, the 93-page report is sure to cause a stir with the energy sector and its critics. “Jessica Ernst has made a strong case,” says Will Koop, BC Tapwater Alliance Coordinator. Having consulted for the oil and gas industry for thirty years, Ernst became concerned about its impacts when they began to hit home – “living with dangerous contamination after EnCana hydraulically fractured my community’s drinking water aquifers.” Ernst’s battle with Encana prompted her to bring a landmark lawsuit against the company in Alberta last year. Download the full report here Damien Gillis More articles by Damien Gillis »

'Propaganda' Review - Pyongyang Style Republished from destinationtravelinfo.blogspot.com.au By Destination Travel Info If YouTube was a race, gold would go to South Korea with Psy’s ‘Gangnam Style’ easily topping one billion hits, while silver would go to North Korea for it's documentary ‘Propaganda’ currently sitting at 1.3 million hits. This hard hitting expose on capitalist public relations techniques takes a pot shot at almost every aspect of the Western system and scores many direct hits. ‘Propaganda’ is either a damning indictment of 21st Century culture or the best piece of propaganda in a generation. The 96 minute expose currently has a score of 8.1 out of 10 on IMDb and was loaded onto YouTube on 18 May 2012, claiming to have been smuggled out of the world’s last Stalinist state by North Korean agents posing as defectors to Seoul. A Propaganda film about Propaganda ‘Propaganda’ claims that PR is a recipe that has been perfected to control the lives and shopping habits of the West.

PROPAGANDA (2012 Since it mysteriously appeared on YouTube on July 18, 2012, ‘Propaganda’ has been described as ‘1984 meets The Blair Witch Project’, ‘A mouthful of scary porridge’, and ‘Even better than Triumph of The Will.’ It topped Indiewire’s top 10 films to watch out for at IDFA, where it had its world premiere. This was followed by The Independent declaring it ‘the real viral hit of 2012’ and Films for Action rating it their Number One film for 2012. So far, the film has been translated in to six languages. Controversial to the core, ‘Propaganda’ is part of an ongoing international incident involving the Australian Federal Police, the South Korean Embassy in New Zealand, the Catholic Church, the Counter-Terrorism Unit in Christchurch and the Korean Society, which has publicly accused the filmmakers of being North Korean agents. From "Sabine": Here is the formal statement I gave to Federal Police on 16 June 2012: Furthermore, I now believe these people work for the DPRK. Sabine

Why Cities Should Use Public Banks Instead of Big Banks The Public Banking Institute (PBI) is a non-partisan think-tank, research and advisory organization dedicated to exploring and disseminating information on the potential utility of publicly-owned banks, and to facilitate their implementation. For more information about public banking, please check out PBI's "Public Banking in America Legislative Guide". Of all the public entities that have fallen victim to the big bank-induced economic downturn, cities have the most compelling stories of being burned. If “all politics is local,” this is even more true for economics, at least where people’s ordinary lives are concerned. So we should take good care of our cities, right? School districts around the country face budget restraints and only bad solutions. Trey Bundy and Shane Shifflett of California Watch recently detailed the story of American Canyon High School in Napa Valley. The problems of Wall Street and the big banks continue to trickle down into local economies.

Exposure To Money Triggers Unethical Decisions Money corrupts. It’s behind almost all political and corporate scandals. It triggers wars. And it can make good people do very bad things. A new study published in Organizational Behavior and Human Decision Processes takes the association between money and corruption even further, hypothesizing--and then proving--that mere exposure to money (looking at money-related images and words) can trigger unethical behavior. "My workers and I are interested in why do good people, normal people sometimes engage in unethical behavior," says Kristin Smith-Crowe, one of the study’s authors. The researchers theorized that exposure to money can trigger a business decision frame--a way of looking at decisions that focuses solely on cost/benefit analysis and the pursuit of self-interest--which in turn can lead to unethical outcomes. In one study, participants were shown 30 of these phrases--15 neutral, 15 money-related for one group, 30 neutral phrases for the control group.

The RBE10K Project - The Crowdsourced Resource-Based Economy Knowledgebase RBE10K (R-B-E-10-1000 or /ˈɑrˈbiːˈiː/ /ˈtɛnˈθaʊzənd/) is a minimalist (simple living) or eco-communalist experiment project seeking to implement the a basic Resource-Based Economic Model (RBEM) system. The experiment is being planned and prepared through this Wiki and other tools since 1st January 2013, and will run for two years, 2015-2016, involving 10,000 volunteers in a yet to-be-determined location, with a main objective of trialling a real world RBEM, i.e. a social arrangement engineered to satisfy premises of sustainability, equality, liberty, health, and access to the necessities of life without using money, trade, or authority or privilege systems. This wiki is a work in progress, and it is currently in very early stages of development, with little information and almost no planning started. For more information see the Frequently Answered Questions page. [edit] Objectives of the RBE10K Project The RBE10K Project has two main objectives: [edit] Project schedule and timeframe