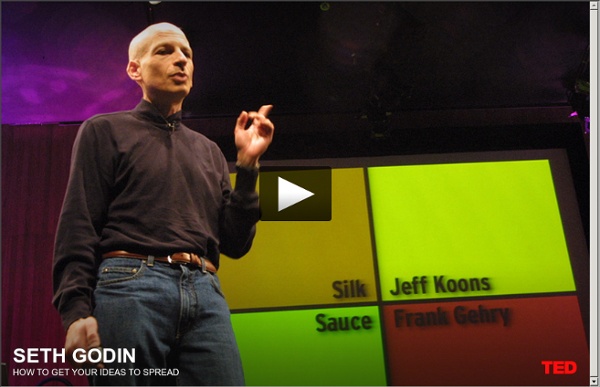 How to embrace the near-win: Sarah Lewis at TED2014 Sarah Lewis. Photo: Bret Hartman “In that moment, my view of success and creativity changed,” says Lewis. “I realized that success is a moment, but what we’re always celebrating is creativity and mastery. We often want the moment of completion, but what really propels us is the unfinished.” So how do we move from success to mastery? Hatch Magazine - Fly Fishing, etc. Earlier this year, we published a blog post titled Classic Flies are Classic for a Reason. The gist of that post was that the patterns that have stood the test of time have done so for a reason and given such should likely have a place in your fly box. Soft hackle flies are one of those classics. I have met many fly fishermen for which they are an absolute staple, employed on the stream as often as a pheasant tail nymph or parachute adams.

20 Must-See Business TED Talks Every year, today’s greatest thinkers gather at various TED (Technology Entertainment and Design) conferences around the world. Their talks, which you can find on TED’s website, are often insightful, educational, and fascinating. As a TED junkie, I decided to compile 20 of the best business talks in the conference’s history. Each talk offers insights either into a business leader’s mind, or into concepts that will change the way you think about business and the economy. (If you have any favorites not included on this list, please mention them in the comments below.) 20. Eye Candy: Mesmerizing Swinging Balls Video Not mine -- mine are hypnotizing. This is a video of one of those swinging ball desk toys (aka Newton's Cradle) but with different length droopers (mine drag on the floor), creating all sorts of crazy-ass designs. I just watched it twice back to back (the second time with my eyes unfocused) and I'm pretty sure I spotted the secret to the universe at one point. SPOILER: It was a pop-up porn ad.

Scheduled Posts - Timely by Demandforce Dear Timely User, Timely started as a fun side project back in 2010. Since then it has grown to help tens of thousands of people publish millions of Tweets and Facebook updates. 8 math talks to blow your mind Mathematics gets down to work in these talks, breathing life and logic into everyday problems. Prepare for math puzzlers both solved and unsolvable, and even some still waiting for solutions. Ron Eglash: The fractals at the heart of African designs When Ron Eglash first saw an aerial photo of an African village, he couldn’t rest until he knew — were the fractals in the layout of the village a coincidence, or were the forces of mathematics and culture colliding in unexpected ways? Here, he tells of his travels around the continent in search of an answer. How big is infinity? There are more whole numbers than there are even numbers … right?

Taking the Plunge: Fly Fishing Waterfalls and Spillovers The areas below waterfalls, both big and small, can be great places to seek out big trout. This should come as no surprise. Typically referred to as plunge pools, the water that sweeps over falls and into these pools continuously delivers all manner of food to fish waiting below. In areas where the plunging water is pinched or otherwise funneled by the structure of the stream, falls not only deliver food that has swept down from above but also produces a concentrated, high density stream of that food. The turbulent nature of water on the surface of a plunge pool serves to obscure and conceal everything below, providing excellent cover from predators. And despite the turbulent, often violent currents at the surface of these pools, the deep, sometime boulder-filled recesses below offer respite from strong currents.

Zelda in Minecraft! Video Log in Video Games: Raw Cynthia Yildirim Zelda in Minecraft! Minecraft modder Gary520 has released a trailer to show off what is perhaps the blocky game’s most ambitious creation yet: an epic, 10-hour adventure based on The Legend of Zelda. Talking to Yourself May Save Your Brain Sorry about the alarming title to this blog. I wasn’t trying to insinuate that your brain needs saving. However, if it does then this post could be very beneficial to you. Don’t ask me how I came across this information because I am about to tell you right now. 12 pieces of advice for giving talks that have impact Courtney E. Martin hosts a session called “The 19th Minute,” and shared valuable insight on how to give a talk that has real impact. Photo: Marla Aufmuth/TED Sharing an idea isn’t like snapping your fingers — things don’t just instantly change. But as more people hear an idea over time, it can trickle into people’s thinking — and shifts, both subtle and extreme, can happen as a result.

Using a Sweep Set Have a question you want answered? Email it to us at ask@midcurrent.com. Question: I was on the river the other day, and this guy downstream from me was catching a lot of fish (way more than me). tips and downloads for getting things done @Blueluck: Very true - I've seen other countries where people leave their family in another country to go find work, and then to manual labor for extremely cheap just to be able to send it all home to their family. I guess that could be interpreted as their purpose, but the work is not purposeful in and of itself. I guess "pay enough to take money off the table" covers that, so we're only talking about how to motivate people after they're at the comfortable level most Americans that read this blog are at. Interesting results in India, though. I believe there is a threshold that once you're paid a certain amount, you feel on top of things like you deserve it, so you don't work hard to move up further. If you take money completely off the table, or put the carrot completely away, there's not much to work for anymore.