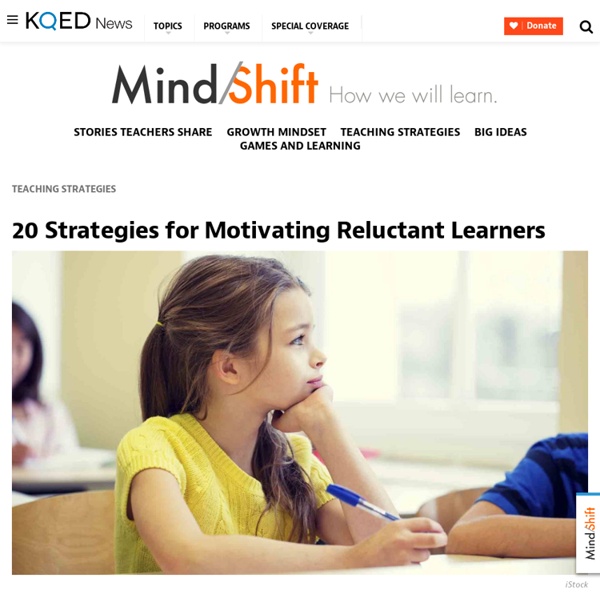 Kathy Perez has decades of experience as a classroom educator, with training in special education and teaching English language learners. She also has a dynamic style. Sitting through her workshop presentation was like being a student in her classroom. She presents on how to make the classroom engaging and motivating to all students, even the most reluctant learners, while modeling for her audience exactly how she would do it. The experience is a bit jarring because it’s so different from the lectures that dominate big education conferences, but it’s also refreshing and way more fun. Perez says when students are engaged, predicting answers, talking with one another and sharing with the class in ways that follow safe routines and practices, they not only achieve more but they also act out less. “If we don’t have their attention, what’s the point?” She’s a big proponent of brain breaks and getting kids moving around frequently during the day. 1. 2. 3. 4. 5. 6. 7. 8. NED’s GREAT EIGHT 9.

17 Ideas to Help Combat Learned Helplessness By Sarah Tantillo Recently I’ve been thinking about the ways in which we either inculcate or prevent learned helplessness in students. Some teaching practices help strengthen students’ self-efficacy, motivation and confidence, while others have the opposite effect. And the irony is that teachers might not even realize they are doing things that create this opposite effect. Here’s some useful advice, sharing ways to deter “learned helplessness.” Some of what I suggest here is ELA-specific but much of it applies more generally to good classroom practice.

The disengaged school kids finding new paths to learning By John Stewart and Brigid Andersen Updated Last month the Grattan Institute found 40 per cent of Australian high school students were disengaged from classroom learning. It's a slippery slope from disengagement in the classroom, to unemployment, and onto welfare. The Big Picture program aims to recapture those students who would otherwise drop out, by focusing personalised learning on their key interests. My Most-Referenced Math Classroom Decorations As I start to think about how to decorate my classroom for the upcoming school year, I am reflecting on last year's classroom design. What was useful? What was cute but ended up being a waste of time? Today I want to share the top ten classroom decorations that my students actually used and referenced on a regular basis. In a sense, these are classroom must-haves. These are the decorations that made my students started complaining when I took them down during the last week of school!

30 Techniques to Quiet a Noisy Class One day, in front 36 riotous sophomores, I clutched my chest and dropped to my knees like Sergeant Elias at the end of Platoon. Instantly, dead silence and open mouths replaced classroom chaos. Standing up like nothing had happened, I said, “Thanks for your attention––let’s talk about love poems.” I never used that stunt again. After all, should a real emergency occur, it would be better if students call 911 rather than post my motionless body on YouTube. I’ve thought this through.

The Teenage Brain Is Wired to Learn—So Make Sure Your Students Know It Adolescence is an exciting time as teenagers become increasingly independent, begin to look forward to their lives beyond high school, and undergo many physical, emotional, and cognitive changes. In that last category, teenagers can learn to take charge of their developing brains and steer their thinking in positive and productive directions toward future college and career success. The brain’s prefrontal cortex, which functions as the control center for executive functions such as planning, goal setting, decision making, and problem solving, undergoes significant changes during the teenage years. In an NPR interview, Laurence Steinberg, author of Age of Opportunity: Lessons From the New Science of Adolescence, notes that ages 12 to 25 are a period of extraordinary neuroplasticity.

26 Research-Based Tips You Can Use in the Classroom Tomorrow With so many classroom research studies published daily, you can be forgiven for missing some. The techniques below are super-tactical and, for the most part, unsung strategies that you’ll be excited to try tomorrow. Just remember two things. Useful bits and pieces – A Chemical Orthodoxy Below is a list of things I have read and found interesting and have helped me develop as a teacher. I’ve been collecting them over the last year or so and tried desperately to keep them in order. This is a work in progress and I’m going to try and update it when I can. I’ve marked everything that I think is super important with a * so you can ctrl+f for it. I’ve tried to keep my summaries as short as possible – the individual pieces will speak for themselves. You will note that I have avoided books too.

Five Movement Strategies in the High School Classroom – Kenny C. McKee Each day more research confirms the link between movement and learning. Brain researcher David Sousa claims that physical activity increases the amount of oxygen in our blood, and this oxygen is related to enhanced learning and memory. A recent Washington Post article suggests that many student behaviors we associate with ADHD may stem from an overall lack of physical movement — both in and out of school. However, many high school teachers still struggle to integrate movement into the classroom. I know that as a former English teacher, movement found its way into many of my “special” lessons, but it was often a missing ingredient of daily instruction. For example, when students worked on creating commercials integrating persuasive techniques, searched for books in the library, or carried out debates, movement was inevitable.

Tips & Tools to Improve Student Notetaking Skills I am a scribbler and a note-taker. Whether it’s a book I am reading, a visit to a colleague’s classroom, or a podcast that I’m listening to, I tend to write a lot of things down. I use notecards, sticky notes, apps on my phone, and even the back of my hand to record my thoughts, insights, and questions. I do it because I know that – no matter how interested I am in what I am learning – the human brain can only process and retain so much information. Current research tells us that when done effectively, note-taking is an efficient, engaging strategy for learners to process, organize, and transform information (Fryer, 2014; Hattie, 2012). But in the classroom, rarely do our students get excited about taking notes.

Why Executive Function Is A Vital Stepping-Stone For Kids’ Ability to Learn Neuroscientists and educational psychologists are constantly learning more about how children learn and the various influences beyond IQ that affect cognition. Some research, like Carol Dweck’s on growth mindset or Angela Duckworth’s on grit, quickly became catch phrases among educators. At the same time, critics have pushed back against the notion that students underperform only because of cognitive deficits, pointing to an equally pressing need for big changes to teaching practice. lin Foster Number and Algebra Colin Foster, Nelson Thornes, 2003, ISBN 0748786686 "Colin Foster has probably done what many teachers or Maths departments wish had been done a long while ago." Karen Hancock, Association of Teachers of Mathematics – click here to read the entire review. "I was pleasantly surprised at the number of ideas (old and new)." Peter Ransom (2005) Times Educational Supplement: Teacher, 7 January

Strategies for Students With Scattered Minds Imagine a team without a coach guiding players toward working together to execute a winning strategy. Imagine a company without a leader to make sure that employees across departments are equipped and organized to collaborate on continually improving products and increasing sales. Imagine a marching band without a drum major to lead musicians through their complicated maneuvers while staying on beat. The brain’s executive function network performs in the same capacity as a coach, CEO, or drum major: directing one’s thinking and cognitive abilities toward setting goals and planning to achieve them, establishing priorities, getting and staying organized, and focusing attention on the task at hand. Now imagine trying to perform those abilities if your brain’s executive functioning system wasn't working effectively -- no coach to develop a game plan, no CEO to help you organize your resources for accomplishing your goals, no drum major on which to maintain your learning focus.

How Relearning Old Concepts Alongside New Ones Makes It All Stick By Samara Freemark and Stephen Smith, American RadioWorks UCLA researcher Dick Schmidt gazes across the driving range at a line of golfers trying to improve their game. It’s a breezy day at the Westchester Golf Course and there’s a relentless roar of jet traffic from the nearby Los Angeles airport.

30 Habits Of Highly Effective Teachers Editor’s Note: We often look at the qualities and characteristics of good teaching and learning, including the recent following pieces: How A Good Teacher Becomes Great What You Owe Your Students Ten Secrets To Surviving As A Teacher The Characteristics Of A Highly Effective Learning Environment How To Be A Mediocre Teacher 25 Things Successful Teachers Do Differently by Julie DuNeen, Sketch Note Via Janet Hamilton