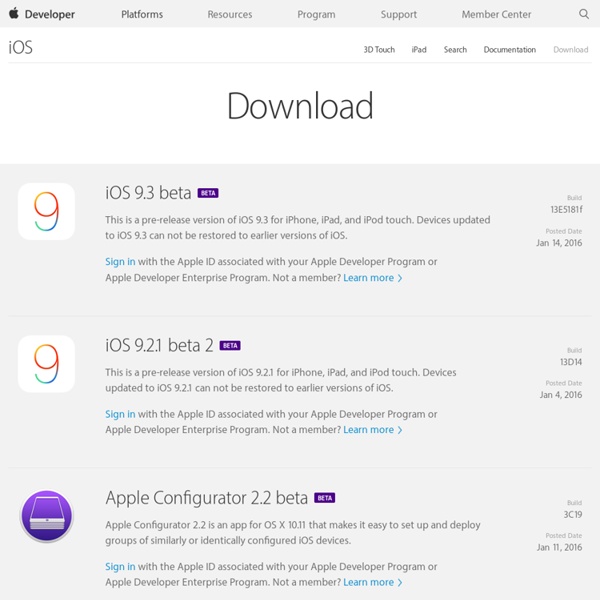 Game Kit Programming Guide: About Game Kit People love to play games. Games on the App Store are no exception—games continue to be the most popular category of apps on iOS. Games are inherently a social activity. 100 Websites You Should Know and Use Entertainment Meet David Peterson, who developed Dothraki for Game of Thrones There are seven different words in Dothraki for striking another person with a sword. Among them: “hliziﬁkh,” a wild but powerful strike; “hrakkarikh,”a quick and accurate strike; and “gezrikh,” a fake-out or decoy strike. But you won’t find these words in George R.

Dashcode Invader: Using Dashcode To Create A Game In this tutorial, we will continue building a simple space-invader type game. We will be continuing from the tutorial presented in Part1 at however, we are making some major changes, and I’ll explain why. The first change has to do with restructuring the CSS code so that most of the objects within the game are nested inside a div element. The reason for this is to make it easier to add game elements into the game by using addChild to add into a div container. What's New in iOS: iOS 6.0 This article summarizes the key developer-related features introduced in iOS 6. This version of the operating system runs on current iOS-based devices. In addition to describing the key new features, this article lists the documents that describe those features in more detail. For late-breaking news and information about known issues, see iOS 6.0 Release Notes. For the complete list of new APIs added in iOS 6, see iOS 6.0 API Diffs.

.NET Application Block for Validation and Business Rules Update 2012-12-04 Project was discontinued long time ago. Approach described here is plausible but is not efficient in the long term. A while ago I wrote about a simple .NET Validation Framework. A lot has changed since then, and more elaborate rules had to be implemented in various projects. Introduction To Dashcode: Creating iPhone Animation And Interactivity Dashcode is another tool that comes with Apple iPhone SDK. It allows you to create simple applications. You can read an introduction to Apple’s Dashcode here. In this tutorial, we will demonstrate interactivity and animation.

Vote for Your Favorite iOS Libraries! If you're new here, you may want to subscribe to my RSS feed or follow me on Twitter. Thanks for visiting! Vote for your favorite iOS libraries! In one of our recent weekly tutorial polls on the sidebar, you guys voted for us to write a tutorial about the “Top 10 Most Useful iOS Libraries to Know and Love.” Tutorial Team member Marcelo Fabri is writing this article, and thought instead of just listing his own personal favorites, it would be better to get some input from others – such as you! A Developer Looks at iOS 6 and the iPhone 5 The release of the iPhone 5 and iOS 6 has generated a lot of excitement, but the many new hardware and SDK changes can leave iOS developers feeling overwhelmed. This article will help you keep your skills up-to-date by providing a quick, high-level overview of the most important changes for iOS developers! A Brand New Display The first thing you're likely to notice about the iPhone 5 is the increased screen size of the retina display. This increase can be measured in both physical screen space and the screen resolution. The iPhone 4S has a 3.5" diagonal screen with 640x960px resolution, whereas the iPhone 5 sports a 4" diagonal screen with 640x1136px resolution.

Twenty five free online courses for learning iPhone and iPad programming Do you want to learn to make iPhone or Android apps? If so then you’re in luck, as the internet is full of 100% free-to-take programming courses that can get you well on your way. This article will list 25 of these, and will tell you a little bit about each. This article includes two types of resources for iOS programming. Full-fledged online courses, on the one hand (which we came across while researching an earlier article on free online learning resources), and a handful of Objective C tutorials and resources, on the other. I admit the distinction is somewhat superfluous, however, it seems that knowledge of Objective C is a prerequisite in most of the online courses, and we felt that we needed to include that in the article as well.

Ten apps for your new iPad If you were lucky enough to receive a new iPad for the holidays this year, we hope you have fun exploring what the tablet has to offer. By now you've probably acquainted yourself with the built-in apps on your iPad, so you may want to reach outside the sandbox for more interesting fare. The App Store, which you can access on your iPad or via iTunes on your computer, features more than 750,000 downloadable apps. If there’s something you want to do on your iPad, chances are good you can find a tool for it in the App Store. But separating the truly great apps from the weird and wacky ones can be tough. Here are a few of our favorite apps to get you started.