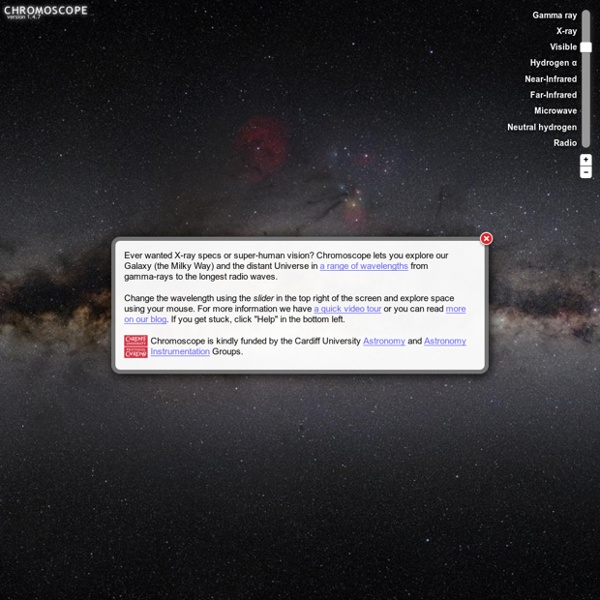 Magnifying the Universe Embed this infographic on your site! <iframe width="500" height="323" scrolling="no" src=" frameborder="0" allowfullscreen></iframe><br />Copyright 2012. <a href=" the Universe</a> by <a href=" Sleuth</a>. Beyond 2012: Why the World Didn't End Beyond 2012: Why the World Didn't End If you're reading this story, it means the world didn't end on Dec. 21, 2012. Despite reports of an ancient Maya prophecy, a mysterious planet on a collision course with Earth, or a reverse in Earth's rotation, we're still here. The Mayan connection "was a misconception from the very beginning," says Dr. John Carlson, director of the Center for Archaeoastronomy. "The Maya calendar did not end on Dec. 21, 2012, and there were no Maya prophecies foretelling the end of the world on that date." › Read More About the Mayans

21 Awesome Animals Who Understand The Priceless Struggle Of Being A Mommy Here's to the moms out there for being the best at what they do, and making it look so easy. You're what keeps this world going. Share this with the moms in your life who are so darn amazing! 46 Fabulous Photos of Endeavour’s Last Ever Spacewalk May 27th, 2011: the last spacewalk for NASA’s Endeavour astronauts. Here, a fish-eye lens attached to an electronic still camera was used to capture this image of NASA astronaut Michael Fincke (top center) during the mission’s fourth session of extravehicular activity (EVA) as construction and maintenance continued on the International Space Station. Photo #1 by NASA A bright sun, a portion of the International Space Station and Earth’s horizon are featured in this image photographed by a spacewalker during the STS-134 mission. Photo #2 by NASA

A video map of motions in the nearby universe (Phys.org) —An international team of researchers, including University of Hawaii at Manoa astronomer Brent Tully, has mapped the motions of structures of the nearby universe in greater detail than ever before. The maps are presented as a video, which provides a dynamic three-dimensional representation of the universe through the use of rotation, panning, and zooming. The video was announced last week at the conference "Cosmic Flows: Observations and Simulations" in Marseille, France, that honored the career and 70th birthday of Tully. The Cosmic Flows project has mapped visible and dark matter densities around our Milky Way galaxy up to a distance of 300 million light-years. The large-scale structure of the universe is a complex web of clusters, filaments, and voids. Large voids—relatively empty spaces—are bounded by filaments that form superclusters of galaxies, the largest structures in the universe.

Your Sky by John Walker Welcome to Your Sky, the interactive planetarium of the Web. You can produce maps in the forms described below for any time and date, viewpoint, and observing location. If you enter the orbital elements of an asteroid or comet, Your Sky will compute its current position and plot it on the map. Each map is accompanied by an ephemeris for the Sun, Moon, planets, and any tracked asteroid or comet. A control panel permits customisation of which objects are plotted, limiting magnitudes, colour scheme, image size, and other parameters; each control is linked to its description in the help file.

50 Years of Incredible Space Images From the European Southern Observatory This week marks the 50th anniversary of one of the world’s leading astronomical institutions, the European Southern Observatory. In honor of ESO’s birthday, we take a look at some of its most stunning shots of the night sky, amazing objects in space, and the organization's beautiful telescope facilities. ESO started when astronomers from five European countries – Belgium, France, Germany, the Netherlands, and Sweden – came together on Oct. 5, 1962 to build a telescope in the Southern Hemisphere. Having a large telescope south of the equator gave these member states access to unprecedented clear skies and celestial objects that simply can’t be seen from the Northern Hemisphere, such as the Magellanic Clouds. Over the decades, many more countries have joined, including Denmark, Switzerland, Italy, Portugal, the United Kingdom, Finland, Spain, the Czech Republic, Austria, and, in 2010, Brazil, which became the first non-European state to join. Above:

Einstein for Everyone Einstein for Everyone Nullarbor Press 2007revisions 2008, 2010, 2011, 2012, 2013 Copyright 2007, 2008, 2010, 2011, 2012, 2013 John D. Norton Published by Nullarbor Press, 500 Fifth Avenue, Pittsburgh, Pennsylvania 15260 with offices in Liberty Ave., Pittsburgh, Pennsylvania, 15222 All Rights Reserved 3D Space Scene HD Wallpapers DMCAPrivacy policy All submitted content remains copyrighted to its original copyright holder. Images are for personal, non commercial use. Hubble Telescope Reveals Deepest View of Universe Ever The Hubble Space Telescope has captured the farthest-ever view into the universe, a photo that reveals thousands of galaxies billions of light-years away. The picture, called eXtreme Deep Field, or XDF, combines 10 years of Hubble telescope views of one patch of sky. Only the accumulated light gathered over so many observation sessions can reveal such distant objects, some of which are one ten-billionth the brightness that the human eye can see. The photo is a sequel to the original "Hubble Ultra Deep Field," a picture the Hubble Space Telescope took in 2003 and 2004 that collected light over many hours to reveal thousands of distant galaxies in what was the deepest view of the universe so far. The XDF goes even farther, peering back 13.2 billion years into the universe's past.

If the Moon Were Only 1 Pixel - A tediously accurate map of the solar system Mercury Venus Earth You Are Here Moon Universe Today — Space and astronomy news The Falcon 9 and Dragon capsule stand ready for launch prior to the detection of a helium leak in one of the engines forcing a scrub of the launch attempt on April 14. 2014 – now reset to April 18, 2014. Credit: nasatech.net NASA and SpaceX are marching forward towards a Friday, April 18 liftoff attempt for the Falcon 9 rocket sending a commercial Dragon cargo craft on the company’s third resupply mission to the International Space Station following the scrubbed launch attempt on Monday, April 14 – forced by the discovery of a Helium gas leak inside the rocket during the latter stages of the countdown. An on time blastoff of the upgraded Falcon 9 sets the stage for an Easter Sunday rendezvous and berthing of the Dragon resupply spacecraft at the massive orbiting outpost packed with almost 5000 pounds of science experiments and supplies for the six person crew. However the weather prognosis is rather [click to continue…]

555 Circuits Archives Have you seen Audi, Lexus or Ford rain sensing wipers and wondered how they work in these vehicles? They are handled by sensors at the center of the windscreen which detects rain water and turns on the wiper motor. Here is the working of rain sensitive wipers with circuit schematic. The main component of this… Continue reading → How to make a touch sensor? 2011 May 7 - Dawn of the Planets Discover the cosmos! Each day a different image or photograph of our fascinating universe is featured, along with a brief explanation written by a professional astronomer. 2011 May 7