Carl Sagan, Stephen Hawking and Arthur C. Clarke - God, The Universe and Everything Else (1988) 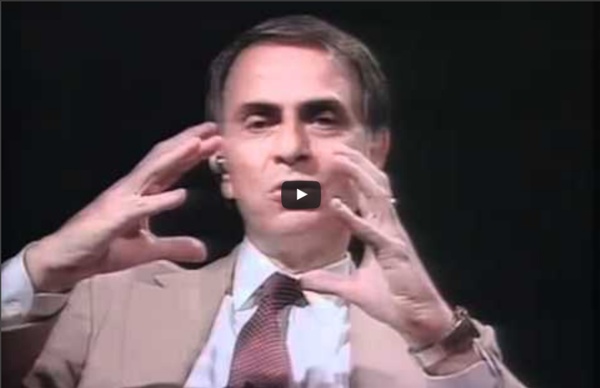 The Singularity is Sexy: The Loveliest Robot and Cyborg Art [NSFW] Would be nice to have a few sexy dudes in this gallery. If anybody can find me some, please post some here! Seconded. I couldn't find guy pictures that were cute and fun rather than broody, but I would love to see people's suggestions. Ahh, I was starting to think that erotic images of cyborg males were rare in general. I suppose it makes sense, gender-stereotype-wise, that it'd be rare to find sexy robotic males portrayed as cute and fun, since male sexuality in general is rarely portrayed as being cute and fun. SExpand Not really cute and fun as CJA might want, but here's some cyborg beefcake, courtesy of Deus Ex: Human Revolution! I added a few more. Part of the problem, for me, is knowing what keywords to search on. Actually we considered including that one originally. It's from the CGI trailer, but there's the original concept piece for it by Jim Murray. It's hard to find indeed! Oh cool. I love Kiriko Moth... she's a friend of mine. Coming right up. Yay!

Einstein [History Channel] Naked female scientist tries to tame beluga whales in the arctic By Daily Mail Reporter Created: 23:47 BST, 15 June 2011 Braving sub-zero temperatures, she has thrown caution — and her clothes — to the wind to tame two beluga whales in a unique and controversial experiment. Natalia Avseenko, 36, was persuaded to strip naked as marine experts believe belugas do not like to be touched by artificial materials such as diving suits. The skilled Russian diver took the plunge as the water temperature hit minus 1.5 degrees Centigrade. The beauty of nature: Like a scene from a classic pre-Raphaelite painting, naked Natalia Avseenko swims with beluga whales in the Arctic Belugas are famed for the way in which their faces are able to convey human-like expressions. The taming of the whales happened in the Murmansk Oblast region in the far north-west of Russia at the shore of the White Sea near the Arctic Circle branch of the Utrish Dophinarium. The average human could die if left in sub-zero temperature sea water for just five minutes.

Kim Jong-il is dead. Here's his monster movie. As bad as it was under Japanese rule I imagine it was much worse under Kim. Maybe under his father Il Sung during the war... but the majority of Kim Il Jong's problems were cumulative. Such as food shortages, starvation of free information etc. When the Japanese were there, there were public mutilations of the locals - they fitted in to part of their world-view at the time that the Chinese and Koreans were 'lesser' races Which is stupid considering Japanese are most likely descended from Koreans who went to the island for whatever reason. But that isn't the first time history has been altered to serve political purposes. I think a lot of the East Asian races would like to feel that their race is unique in the sense that they don't share similar genetics with each other.

Nietzsche: Beyond Good and Evil A brilliant young man, he was appointed professor at the University of Basel aged 24 having not even finished his degree. His evanescent philosophical life ended 20 years later when he went insane and died shortly afterwards. Nietzsche's argued that the Christian system of faith and worship was not only incorrect, but harmful to society because it allowed the weak to rule the strong - it suppressed the will to power which was the driving force of human character. However, without God he felt that the future of man might spiral into a society of nihilism, devoid of any meaning; his aim was for man to realise the lack of divine purpose and create his own values. Watch the full documentary now -

Brainteasers -- NIEHS Kids Page Brainteasers Scientists get to solve puzzles every day, because science and research involve finding solutions from the clues that we are given. Just like with brainteasers (or brain teasers) and riddles, the answers to science mysteries are not always easy to see at first. With time and effort, they eventually become clear. But before solving the hundreds of brainteasers and riddles below, why not learn more about your brain by viewing the parts of the brain and what they do. Palindromes A palindrome is a word, phrase, verse, or sentence that reads the same backward or forward. Not So Hard Riddles Warm up with some easy riddles. Tuff Stuff Riddles Some of these riddles are difficult Rebus Puzzles Word picture puzzles Frog Leap Brainteaser Help six little frogs get across their pond. Puzzling Proverbs New twists on old sayings Puzzling Numbers Numbers games Double-Speak Proverbs These old sayings have been rewritten using big words.

Osho Talks Osho or Bhagwan Shree Rajneesh was born in 1931 in Central India. He was a charismatic and gifted speaker who became the leader of a worldwide new spiritual movement. It is said that at the age of 21 he attained enlightenment or Samadhi. At the time he was studying philosophy at the University of Saugar. On receiving a masters degree he taught philosophy at the University of Jabalpur for nine years. As well as teaching philosophy he also began to attract disciples to follow his own eclectic mix of philosophy and religion. In 1970 he settled for a while in Mumbai. In 1981, Osho relocated to the United States and his followers established an intentional community, later known as Rajneeshpuram, in the state of Oregon. Osho was arrested shortly afterwards and charged with immigration violations. Watch the lectures now (playlist)

Design your own shoes | DIY | Custom Shoes Product Name: Sneaker Customization Kit Background research: As summer rapidly approaches, I’m beginning to notice that I need some new sneakers. But I’m starting to realize: either the shoes I like are too expensive or the ones that are affordable, I’m not so crazy about the way they look. Hypothesis: With the sneaker customization kit, I can create my own personal design to whatever sneaker I choose. The Experiment: I took a pair of sneakers that I barely wore, removed the laces, grabbed a couple of “sneaker preparation wipes,” cleaned off the sneakers, & let my imagination do the rest. Being that I am an artist, I analyzed the whole ordeal way too much, beforehand. Results: I ended up having a brand new pair of sneakers that took me less than and hour, that I custom made to coincide with whatever I decide to wear in my closet & I didn’t even have to leave the house! Need some new kicks?

Design the new Business Dot: 360º video capture for the iPhone 4 by Jeff Glasse &amp; Kickstarter Hey Kickstarter-onians, Thanks for checking out our project! We call it Dot. It’s a stylish, durable and downright pocketable 360º (panoramic) lens attachment and app for the iPhone 4. What does it do? Dot lets your iPhone capture immersive, fully navigable, panoramic video in real-time - and share with friends on your phone, as well as on Facebook and Twitter, or streamed online using our awesome panoramic video web platform and player. Cool, right? We're excited too. But seriously, our secret beta testers have already had a lot of fun taking it to concerts, the park, on moped rides in Italy, and showing cramped apartments to mothers halfway around the world. So? We haven’t slept much. We’ve spent the past few months researching, designing, prototyping and coding. Let's do it! We’re excited to bring our cutting-edge (read: magical) panoramic technology to a much wider audience – and even more excited to see what you guys will do with it. Thanks for your support. Kogeto team www.kogeto.com