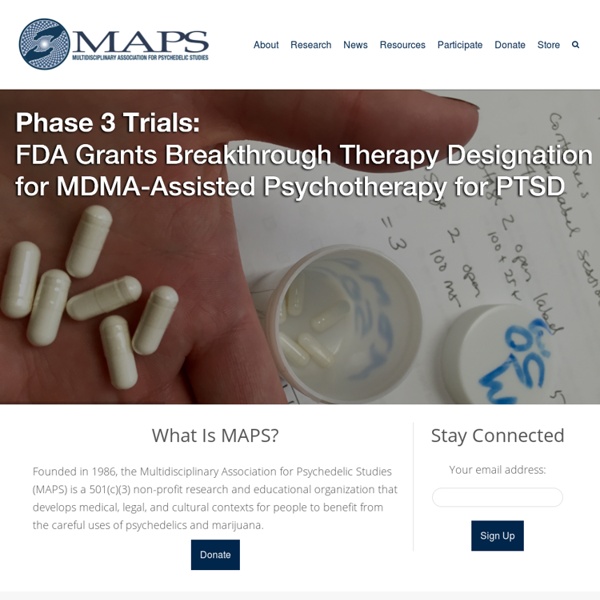 Global Ibogaine Therapist Alliance Our Mission The Global Iboga Therapist Alliance (GITA) is a not-for-profit corporation dedicated to supporting the sacramental and therapeutic uses of iboga, as well as its alkaloids and their analogs, through sustainability initiatives, scientific research, education, and advocacy. GITA furthers this mission by: Psychedelic Science 2013 Hosts The Beckley Foundation is a UK-based charitable foundation with UN accreditation. It was established in 1998 by its director, Amanda Feilding, with three principal aims: Sacred Mirrors Installation View - Alex Grey “The Sacred Mirrors series is a totally unique work of contemporary sacred art created by Alex Grey between the years of 1979-89. This installation of framed images, consisting of paintings and two etched mirrors, examines the anatomy of body, mind and spirit in rich detail. Each painting presents a life-sized figure facing viewers and inviting them to mirror the images, creating a sense of seeing into oneself.

That Crystal Sites Guide: Metaphysical Properties and Crystal Meanings Azeztulite is among the highest vibrations in the Mineral Kingdom. It has been said that it stimulates the three 'ascension points', at the base of the spine, the middle of the abdomen, and the center of the brain. These points are believed to be important for people choosing to consciously enter higher vibrational realms while in the physical body. Azeztulites are stones which have been engineered etherically to carry the energies and communications of a group soul called the' Azez'. According to their channelings, the Azez, who are here in non-physical form, station themselves underground in power spots such as Sedona's Cathedral Rock and California's Mt Shasta, bringing to Earth a positive energy that they call `the nameless light", which assists planets and people in transitioning to higher frequencies.

A Beginners Guide to Chakras Most people have probably heard of the term "chakra" or "chakras" but many wonder what they really refer to. As a practising astrologer and tarot reader, as well as someone interested in alternative healing, I have found plenty of reasons to acquaint myself with this energy system. Over the years I have collected quite a few books and other items that relate to the chakras in one way or another. Stanislav Grof, MD, Ph.D. Stanislav Grof, MD, Ph.D. Stan Grof, M.D., Ph.D. is a psychiatrist with more than fifty years experience researching the healing and transformative potential of non-ordinary states of consciousness. His groundbreaking theories influenced the integration of Western science with his brilliant mapping of the transpersonal dimension. On October 5, 2007 Dr. Grof received the prestigious VISION 97 award granted by the Foundation of Dagmar and Vaclav Havel in Prague.

» How to Stay Bulletproof at Restaurants The Bulletproof Executive For many, having an active social life, includes going out to eat. If you eat Standard American Diet when out, it may be time for a change. If you live in a city whose restaurants regularly accommodate patrons, consider yourself lucky. If you don’t, you may have some uncertainty about quality of your meals with the wide variety of restaurants. Peruvian Ayahuasca recipe There are many permutations of the classic shamanic formula for the magical healing brew in the upper Amazon. Virtually every shaman and curandero has his or her personal recipe, often incorporating secret components. The nature and spirit of the various admixture plants brings undeniable healing versatility to the medicine, often enriching one's visionary communion with the plants.Here are the "recipes" of some ayahuasqueros we know here in the Iquitos region of Perú.Jose Padilla, Iquitos, Perú (52 years an ayahuasquero)1 kilogram of fresh ayahuasca vine (Banisteriopsis caapi) combined with 50 chacruna leaves (Psychotria viridis). These are boiled in 25-30 liters of water for 2 hours. The water is then poured into another container and more water is added to the original plant material for another extraction lasting 2 ½ hours. This process is repeated a third time then all the extracts are combined and evaporated on a low fire until 1 ½ liters of Ayahuasca tea remain.

Heart of the Initiate Warinei Wanare has been a good friend, teacher and shaman to us since our initial meeting in Colombia in 2004. Not only does he carry a strict diligence and dedication to these shamanic traditions, he brings his huge heart energy to this work. This is indeed a rare combination and shines through during his ceremonies. An ayahuasca ceremony in the traditional sense is a time when the tribe would gather together in an evening to drink the medicine for its healing, visionary and spiritual transformation effects. Each person's experience is highly individual and is a direct communication with the deepest parts of who they are. The heightened sensitivity created by the plant unlocks a state of consciousness where the person is fully awake, yet aware of their inner subconscious mind.

Psychointegration Posted by Steve Beyer on Thursday, September 24, 2009 · Leave a Comment Anthropologist Michael Winkelman, at Arizona State University, says that shamanic practices — drumming, chanting, and the ingestion of sacred plants — create a special state of consciousness he calls transpersonal consciousness, and that these practices create this state of consciousness through the process of psychointegration — that is, by integrating a number of otherwise discrete modular brain functions. Anthropologist Homayun Sidky, at Miami University in Ohio, says that this theory, despite a surface plausibility, is without empirical justification. The argument raises a number of interesting questions, and is worth following.