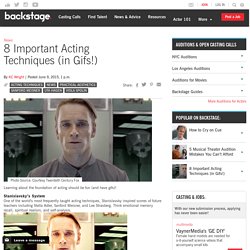 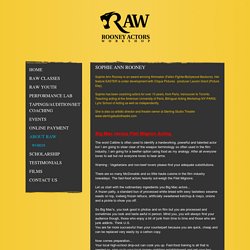 Her feature EASTER is under development with Clique Pictures - producer Lauren Grant (Picture Day). Sophie has been coaching actors for over 10 years, from Paris, Vancouver to Toronto. Teaching acting at the American University of Paris, Bilingual Acting Workshop NY-PARIS, Lyric School of Acting as well as independently. She is also co-artistic director and theatre owner at Sterling Studio Theatre www.sterlingstudiotheatre.com. The Lee Strasberg Theatre & Film Institute. If one listens to either its critics or supporters Method Acting is described as a form of acting where the actor mystically ‘becomes’ the character or tries to somehow literally live the character in life. 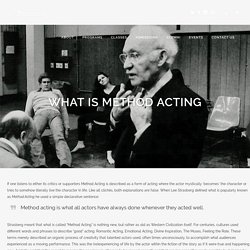 Like all clichés, both explanations are false. When Lee Strasberg defined what is popularly known as Method Acting he used a simple declarative sentence: Method acting is what all actors have always done whenever they acted well. People and Chairs. Watch the Hamilton Performance at the Grammys. How to tell good acting from bad acting, according to a Shakespearean director. ACTRA National – Becoming a Member. The decision to embark on a career performing as an ACTRA member is not one to be taken lightly. 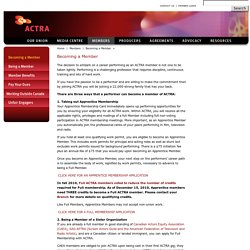 Performing is a challenging profession that requires discipline, continuous training and lots of hard work. If you have the passion to be a performer and are willing to make the commitment then by joining ACTRA you will be joining a 22,000-strong family that has your back. SNL: Star Wars Auditions ft Kevin Spacey as Christopher Walken. Joss Whedon Was Left 'Pretty Devastated' After Losing 'Speed' Writing Credit. 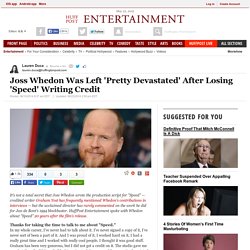 Eva Longoria and Felicity Huffman had a little "Desperate Housewives" reunion at the AFI Life Achievement Award: A Tribute To Jane Fonda at the Dolby Theatre in Hollywood, California on June 5. Lindsay Lohan was seen at Chiltern Firehouse in London on June 5. Scott Disick attended the 2014 FIFA World Cup McDonald's launch party at Pillars 38 on June 5 in New York City. Lena Dunham was seen rocking a "No Comment" sweater while out and about in New York City on June 5. Drop-in Classes — Bad Dog Theatre Company - Toronto Comedy: Live. Onstage. Unscripted. Every Wednesday at 7pm, Bad Dog runs 45 minute drop-in workshops prior to our Micetro show. 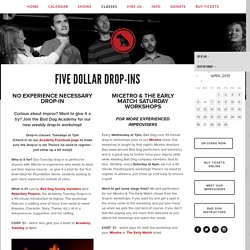 The workshop is taught by that night's Micetro directors (two experienced Bad Dog performers and teachers), and is a great way to further hone your improv skills while meeting Bad Dog company members face to face. CFC Creates. The CFC Actors’ Conservatory offers actors a transformative artistic experience that strengthens the performer’s instrument for the screen and builds a professional skill set. 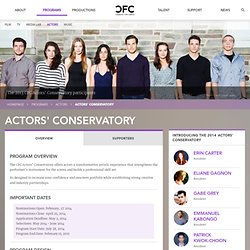 Developing the actors’ instrument Expanding onscreen work Strengthening creative storytelling and collaborative skills Owning the audition process Accelerating professional development and career strategies The nominator must email the contact information of the actor being nominated to actors@cfccreates.com. The Feldenkrais Method of Somatic Education. By Tommie St. 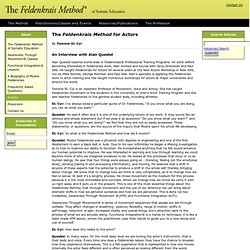 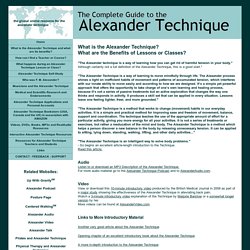 What are the Benefits of Lessons or Classes? TORONTO MONOLOGUE SLAM. 32 on-set photos of Christian Bale and Heath Ledger during the interrogation scene from THE DARK KNIGHT, accompanied with Christopher Nolan interview bytes breaking down the scene. Quora: What Are Some of the Telltale Signs of a Bad Actor? This question originally appeared on Quora. 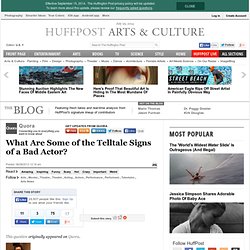 By Marcus Geduld, Artistic Director, Folding Chair Classical Theatre, NYC I'm a theatre director, and I'll list the traits I think of as bad, though "bad acting" is subjective. I was reminded of that today, when my wife, Lisa, and I finished watching a show. Secrets of Nijinsky by Joan Acocella. 21 Things That Make Casting Directors Happy in the Audition Room. Casting directors are your advocates and your champions. Your work reflects on us. Your wonderful work makes us look good and gets that role cast. Michigan Chronicle - Denzel Washington’s acting advice for daughter: Be like Viola Davis. Denzel Washington’s latest film Flight strengthened his place atop Hollywood’s list of dependable stars.

It could also mean a fourth Oscar nomination for best actor — his first since 2001′s Training Day, for which he won. Washington was featured on the Hollywood Reporter’s annual actor’s roundtable along with fellow actors Jamie Foxx, Matt Damon, Richard Gere, Alan Arkin and John Hawkes. In the wide-ranging interview, Washington discusses advice he gave his daughter Olivia: Viola Spolin. Viola Spolin (November 7, 1906 — November 22, 1994) was an important innovator of the American theater in the 20th century. She created directorial techniques to help actors to be focused in the present moment and to find choices improvisationally, as if in real life.[1] These acting exercises she later called Theater Games and formed the first body of work that enabled other directors and actors to create improvisational theater. How the body (and mind) learns a dance. Voice Intensive: Pedagogy & Approach. Pedagogy & Approach The Voice Intensive curriculum is rooted in vocal, physical, and image-rich practices that are applied to Shakespearean texts.

The program is designed to guide participants towards two levels of vocal discovery: self observation of breath, impulse, image, and an unimpeded relationship with scene partners and audiences. Affective memory. Affective memory was an early element of Stanislavski's 'system' and a central part of Method Acting, (two related approaches to acting). Affective memory requires actors to call on the memory of details from a similar situation (or more recently a situation with similar emotional import) to those of their characters. Casting Workbook. Editorial Portraits Advertising Urban Culture. IATSE Labor Union, representing the technicians, artisans and craftpersons in the entertainment industry.

In a move signalling a brighter outlook for film & television production in southern Ontario, IATSE Local 873 has supplemented its annual $25,000 contribution to the Actors’ Fund of Canada with a commitment to ongoing support in the form of an additional quarterly contribution to the Fund equivalent to $8 per member. Local 873’s pledge of quarterly contributions based on the number of members lends momentum to a growing trend in support for the Fund amongst Canadian locals of the IATSE, with almost half of the members in Canada now represented by locals that choose to contribute in this way. IATSE 873 President Wayne Goodchild commented on the new funding from the 2,000 member local, saying "Our members have turned to the Fund in times of personal crisis to a great degree in recent years. 10 Lessons in Film Acting from Michael Caine.