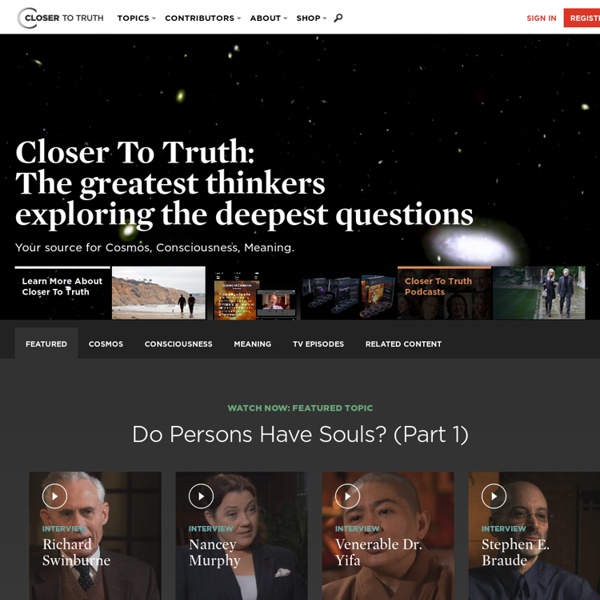 List of unsolved problems in philosophy This is a list of some of the major unsolved problems in philosophy. Clearly, unsolved philosophical problems exist in the lay sense (e.g. "What is the meaning of life?", "Where did we come from?", "What is reality?" Aesthetics[edit] Essentialism[edit] In art, essentialism is the idea that each medium has its own particular strengths and weaknesses, contingent on its mode of communication. Art objects[edit] This problem originally arose from the practice rather than theory of art. While it is easy to dismiss these assertions, further investigation[who?] Epistemology[edit] Epistemological problems are concerned with the nature, scope and limitations of knowledge. Gettier problem[edit] In 1963, however, Edmund Gettier published an article in the periodical Analysis entitled "Is Justified True Belief Knowledge?" In response to Gettier's article, numerous philosophers have offered modified criteria for "knowledge." Infinite regression[edit] Molyneux problem[edit] Münchhausen trilemma[edit] [edit]

Practical Ethics Welcome to the Turnbull Server BloggerStop.Net - Blogger Widgets, Templates, Help! Home Hi, my name is Nathan Colella and welcome to my website, this website is all about my research and experience on science, conspiracies, paranormal, metaphysical, religious and spiritual subjects over the years. My site has been named "The Awakening" because it is information that will literally wake someone up from the trance they have been in for years. I wrote the website in a book format, so to truly understand it you have to read it all in order, from Author through science, paranormal, new world order then awakening. Most of it has been written from the deepest parts within me so it might be a bit tough to understand for most people, especially for people that aren’t like minded, so I have tried to keep it as simple as I can. The information I have gathered over the years may not be 100% accurate (I’m not perfect) but they are described the best I could in my experience and understanding, then again it may differ for everyone. Nathan

philosophy pages T he Philosophy Pages is an online library of philosophy and theology texts, including selected writings of philosophers from anicent times to the contemporary period, including Plato, Aristotle, Friedrich Nietzsche, Ralph Waldo Emerson and Pythagoras, amongst many others. The site has been active since 2006 and is currently undergoing redesign work. If you would like to contribute to the site or have any questions, email philosophy@davemckay.co.uk . Facebook Page - Visit the Philosophy page on Facebook ! Anaximander - Surviving Fragments. Aristotle - Collected Works. Bertrand Russell - Selected Writings. Chinese Classics - The Four Books, Five Classics and the Classics of Military Science. David Hume - Complete Writings, including posthumous works. Diogenes of Sinope - Biography from Diogenes Laërtius’ “Lives and Opinions of the Eminent Philosophers”. Ralph Waldo Emerson - Complete Works in twelve volumes. Epicurus - Surviving Fragments, Letters and Documents. Heraclitus - Surviving Fragments.

orsakverkan. DNA from the Beginning - An animated primer of 75 experiments that made modern genetics. Stimulate your Brain with Interesting Ideas, Games, Magic and more PostSecret