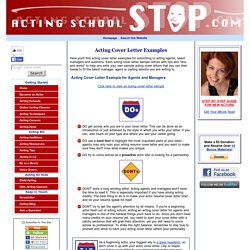 Each acting cover letter sample comes with tips and "dos and donts" to help you write your own sample acting cover letters that you can then tweak to fit the talent manager, agent or casting director you are writing to. Acting Cover Letter Example for Agents and Managers DO get across who you are in your cover letter. This can be done as an introduction or just achieved by the style in which you write your letter. If you can, also touch on your type and where you see your career going.DO use a bold font to highlight the most important parts of your letter - agents may only scan your acting resume cover letter and you want to make sure they don't miss what makes you unique. DON'T write a long winding letter. David Oyelowo On Acting, His Royal Roots And The One Role He Won't Take. David Oyelowo plays an American Army veteran living with his mother in HBO's Nightingale. 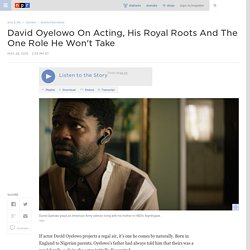 HBO hide caption itoggle caption HBO David Oyelowo plays an American Army veteran living with his mother in HBO's Nightingale. If actor David Oyelowo projects a regal air, it's one he comes by naturally. Born in England to Nigerian parents, Oyelowo's father had always told him that theirs was a royal family, a claim the actor initially discounted. "I was like, 'Yeah, whatever,' " Oyelowo tells Fresh Air's Terry Gross. Oyelowo says that his family's royal heritage did not come with financial or "positional" benefits, but it did convey a "sense of self that has enabled me, as I've gone into my life in the West, to carry myself in a way that flies in the face of the world in which I live. " At the age of 24, Oyelowo brought his regal bearing to the stage, where he became the first black actor to portray a king in a Royal Shakespeare Company production. 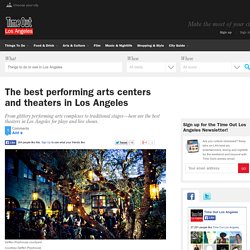 Whether you're looking for intimate and avant garde or sweeping orchestral maneuvers and lively musicals, there's a wide range of venues and shows at these houses to suit every taste. Here are just some of the best theaters and performing arts spaces in LA. You voted for your favorite theaters and performing arts spaces in Los Angeles, and the results are in! 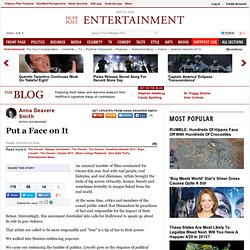 Artists brought the tools of big screen virtuosity, humor, beauty and sometimes brutality to images fished from the real world. At the same time, critics and members of the casual public asked that filmmakers be guardians of fact and responsible for the impact of their fiction. Interestingly, this movement dovetailed into calls for Hollywood to speak up about its role in gun violence. That artists are called to be more responsible and "true" is a tip of hat to their power.

We walked into theaters embracing popcorn. We came out embracing the tumble of politics. We came out with empathy for mental illness. We came out pondering forgiveness and kindness. We came out confronting the way we confront terrorism. We came out touched by the scourge of poverty in America. Real histories, real worlds grabbed a hold of us as artists engaged in public conversation like never before. 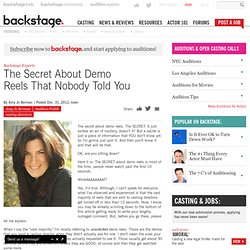 The SECRET. It just evokes an air of mystery, doesn’t it? But a secret is just a piece of information that YOU don’t know yet. So I’m gonna just spill it. OK, are you sitting down? Here it is: The SECRET about demo reels is most of the time, people never watch past the first 10 seconds. Yes, it’s true. When I say the “vast majority," I’m mostly referring to unsolicited demo reels. Books on Tape - 1000s of unabridged audiobooks on CD, tape, or for immediate download!