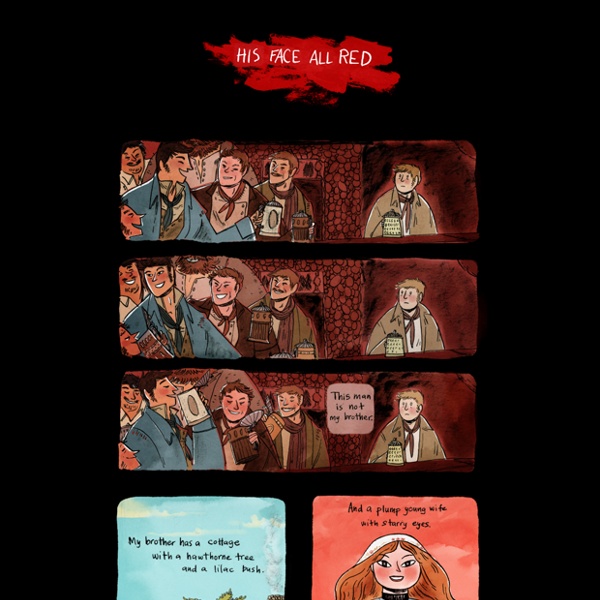 Interesting Tricks of the Body - Jeans Blog - StumbleUpon 1. If your throat tickles, scratch your ear. When you were 9, playing your armpit was a cool trick. Now, as an adult, you can still appreciate a good body-based feat, but you're more discriminating. Take that tickle in your throat; it's not worth gagging over. Clever Ads Billboard Here is a series of brilliant billboard ads dedicated to promoting science in Vancouver, by Science World Museum in collaboration with Rethink Canada… World museum – Rethink Canada Slingshot Instructions: (after you've read these, click here to get a bigger picture.) Click and drag the arrow to change the direction of launch of the spaceship. Choose Jupiter's path distance (the shortest distance of the initial launch point from Jupiter's orbital path) and initial speed of the spaceship.

The Fox Is Black & Bach's Cantata 147, 'Jesu, Joy of Man's Desiring' Played On a Giant Wooden Xylophone In a Forest This is probably the largest, least creative title for a post ever, but it’s also one of the most descriptive as well. The video is a commercial by DOCOMO for the Touch Wood SH-08C, a limited edition phone of which there are only 15,000 being made. But honestly I could care less about the phone, this commercial is a thousand times more cool. By combining lord knows how many pieces of wood, they were able to make a long, downhill track that was able to reproduce Bach’s Cantata 147, Jesu, Joy of Man’s Desiring.

Theta Wave Brain Synchronization & Get High Now (without drugs) This is a replication of a Theta wave entrainment rhythm first created by scientists in the 1960s to lull patients into a deep, colorful, creative dream state. Listen to it for 10 minutes, longer if you can. The longer it plays, the deeper you’ll go. So go. How It Works The 10 best treks in the world These 10 classic treks are for serious walkers. All of them require a sturdy pair of lungs, fit legs and a good amount of preparation. However, if you choose to go on any of these trails then you will be rewarded with experiences that last a lifetime. In no particular order: 1. Tired of Numbers by Mac Funamizu & Yanko Design Mac Funamizu names his newest project a little well, calling the desktop hygrometer and thermometer “Tired of Numbers.” Yanko Design is, incase you were unaware, primarily a blog about design concepts. Project after project, time after time, Mac Funamizu defines the Yanko motto: “Form Beyond Function.” And I mean that in as positive a manner as possible! These objects are pretty self-explainitory, with the exception of a detail from Mac: “Red circles become blue when the temperature becomes negative.” Wild ideas!

Still life: Bent objects & OWNI.eu, News, Augmented UPDATE: The Return of Bent Objects Wires transform these objects from inanimate to hilarious works of art. Little polish girl McDonalds as Sculpture Materials Allegory of the Cave Plato realizes that the general run of humankind can think, and speak, etc., without (so far as they acknowledge) any awareness of his realm of Forms. The allegory of the cave is supposed to explain this. In the allegory, Plato likens people untutored in the Theory of Forms to prisoners chained in a cave, unable to turn their heads. All they can see is the wall of the cave. Behind them burns a fire. Between the fire and the prisoners there is a parapet, along which puppeteers can walk.

Quod Me Nutrit, Me Destruit “Quod me nutrit, me destruit” is a kitschy Latin phrase that generally translates into “What nourishes me, also destroys me.” Young people love to spout that phrase because they relate the idea of “nourishment” to sex, drugs, alcohol and probably, at one time, Rock and Roll. Angelina Jolie has “Quod me nutrit, me destruit” tattooed on her lower abdomen along with a thick, black, cross — making one wonder if the “destruction” is in the semiotic cross or what the bottom of the cross is pointing to while she sucks her thumb. Nietzsche also has an oft-employed quote “What doesn’t kill us makes us stronger” that many young people also immortalize in ink on their skin: Is there cold human comfort offered in these quotes about destruction and strength? Do people invoke these quotes to provide power in the thoughts of others or are they instead trying to advertise a fleeting, false, intellect?

Some Bizzare and Odd things around us... Beauty of the nature lies in viewer’s eyes. A photograph is just a way to show or represent that beauty. Here is a bunch of some wonderful pictures which are not only the example of beautiful photography but are also a photograph of some miracles happening in the world. You can also call it the creativity and innovation of photographer’s mind.