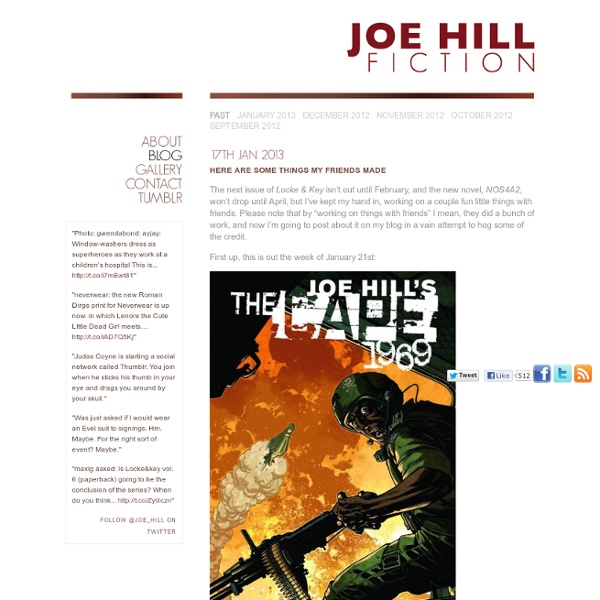 Project Gutenberg - free ebooks 10 counter culture novels that will get you high on life From the European Romantics of the 18th century avant-garde to the pre-WWI Bohemians, the world’s been struck by many a powerful counter-cultural movement. The one that’s closest to our hearts, though, spanned the mid-twentieth century, and was rooted in the USA: from the post-War 1940s right though to the early days of the 1970s, America was bombarded with hippies, flower-power, drop-outs, squatters, pacifist campaigners and (not least) feminists, each of them battling against the status-quo and the staid, conservative middle-classes. And what helped to stir this revolutionary stew? Why, books, of course! Slaughterhouse Five, Kurt Vonnegut (1969) It’s trippy, it’s tragic, and It’s one of the finest, saddest, most savage indictments of war ever written. Franny and Zooey, J.D. The Group, Mary McCarthy (1963) Sex and the City for the sixties (but much smarter), this novel was banned in some counties (Australia – we’re looking at you) when it first came out. Catch-22, Joseph Heller (1961)

Joe Hill's Thrills One-quarter of the year down and I figure it’s time for a report on the best of what I’ve read, seen, and heard in the first leg of 2014. Someone has to make sure you’re all properly entertained. I feel like if I don’t take action you might wind up sitting at home in your Captain Caveman jammies, eating Pop Tarts and watching 3-year-old episodes of Wipeout. Here are five reasons to live: Lexicon by Max Barry Holy shit can this guy write. Barry has a killer idea here - a secret society of people euphemistically referred to as Poets who have perfected the art of disabling free will through the manipulation of word fragments - and he sells the idea by reminding us of how easy it is to manipulate us already through the apparatus of mass media. Oh, man, and it has brilliant set pieces too, like when a whole small town in Australia transforms into a village of homicidal maniacs. Ultimately, though, you wind up falling in love with Barry’s characters even more than his brain-busting concepts.

FileGuru.Com Your One Stop Shop For Great Software Downloads Book Country: Discover New Fiction with the Genre Map Publishers, booksellers, and readers describe books by their literary categories, or genres. It's how books are placed in stores and sold online. We created the Genre Map to help you find the right genre for your book. Roll over the map with your cursor to see the different genres. Some categories, such as women's fiction, stand alone. Please contact us if there's a category you'd like to see on the Genre Map.

A Newbie's Guide to Publishing Proust and Nabokov Look at Romantic Love Humbert Humbert's passion for the young girl, Lolita, in the novel of the same name by Vladimir Nabokov, has many similarities to the story of Messr. Swann's passion for the young woman Odette in the Marcel Proust novel "Swann's Way," the first book of his epic "Remembrance of Things Past." First, the similarities in these two relationships and then the only major difference I can see. In both instances the man's love--Messr. The woman in both instances is intellectually and emotionally far inferior to the man, but the man is so overcome with what appears to him to be love, that he ignores that fact, as if it is of no consequence. What Lolita is really about, we can see by the kind of man she eventually ends up with--a Joey Buttafucco, a mechanic, and Lolita ends up as Mrs. Real love is when we can look at another person and not project any of our own personality onto them, both Swann and Humbert are doing the total opposite.

Book Recommendations A ton of useful information about screenwriting from screenwriter John August Links An assortment of sites both crucial to the Palahniuk fan and friendly to The Cult Will Christopher Baer - The official site for the badass author of "Kiss Me, Judas" and "Penny Dreadful." This site is webmastered by Mirka and I and yes... it kicks ass, as Chris himself posts blogs every week. Check it out! Craig Clevenger - Author of "The Contortionist Handbook," best post-Palahniuk I've read yet... VictoriaGaitan.com - Multi-talented artist and photographer. ChuckPalahniuk.it - Our Italian affiliate site! Chuck-Palahniuk.de - Our awesome new German affiliate site! (Sorted by category.

princess pear by Madisyn Taylor Over time, we have learned to suppress some of the most fun aspects of our individuality. Most of us express our distinctiveness in many ways throughout our lives. Although, as we proudly share our offbeat traits and preferences with the world, we take great pains to downplay those eccentricities we ourselves deem odd. Instead of living lives colored by these quirky impulses, we seek out socially acceptable outlets for our peculiarities. Visualizing this day without judgment can help you better understand the idiosyncrasies that are an important part of who you are but seldom manifest themselves in your existence. Life as we know it is so short. Jan 30

Emotional Skills Toolkit: Bring Your Life Into Balance We often hear from people who feel overwhelmed by stress, family, work and relationship problems, health challenges, and painful emotions. They’ve tried many approaches to help themselves feel better, but they just can’t seem to follow through, or what they’ve done hasn't helped them enough. If this sounds familiar, you know that it’s all too easy to become discouraged when you’re stuck. The good news: you can learn these important emotional skills, no matter your age or the obstacles you face. Skill building, like any learning, takes time and effort. Pill Identification - WebMD: Identify Drugs by Picture, Shape, Color or Imprint - Pill Identifier with Pictures About Prescription Drug Abuse Prescription drug abuse is a growing problem and the second most commonly abused category of drugs behind marijuana. Below are some examples of commonly abused prescription drugs. Sedatives and tranquilizers: Prescribed to ease anxiety and promote sleep Barbiturates: Examples include Mebaral, Phenobarbital (Luminal) , and Seconal Benzodiazapines: Examples include Ativan, Halcion, Klonopin, Valium, and Xanax Sleep Medication: Examples include Ambien, Lunesta, and Sonata Opiate pain relievers: Prescribed to treat pain relief Examples include Codeine, Fentanyl, Hydrocodone, Morphine, and Oxycodone Stimulants: Prescribed to treat ADHD and narcolepsy Examples include Adderall, Concerta, Dexedrine, Focalin, Ritalin, and Vyvanse Selected from data included with permission and copyrighted by First DataBank, Inc. CONDITIONS OF USE: The information in this database is intended to supplement, not substitute for, the expertise and judgement of healthcare professionals.