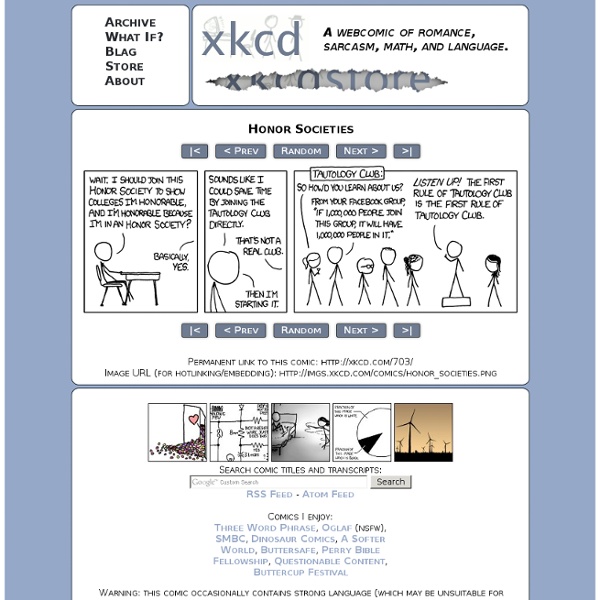 AI: Anonymous Introduces Anonymiss I am completely fascinated with the work/antics of the internet hactivists know as Anonymous. They have it seems, become at least in part, the Robin Hood of the intertubes. You may not agree with their motives or their actions but the undercover group has become downright legendary. They fearlessly stand up against organizations that terrify many such as, Scientology. They defend freedom of information by guaranteeing space for Wikileaks. They help oppressed, war ravaged people comunicate and *(as of the writing of this post) they do interesting little things like shutting down the hate-filled Westboro Baptist Church’s website, “godhatesfags.com” for 7 days (and counting.) The mysteries that surround the group bring up more questions than answers. Are they preventing free speech while trying to preserve it? And now the question is: Are they feminists? Anonymous has started a campaign to encourage women to come on board as supporters called, Anonymiss. Taken from the Anonymous news website:

The Revolutionary MLK TRNN REPLAY: Jared Ball: Martin Luther King Jr. stood for revolutionary transformation; he is used today to support policies that he fought against - Bio Jared Ball is an assistant professor of communication studies at Morgan State University where his research interests include the interaction between colonialism, mass media theory and history, as well as, the development of alternative/underground journalism and cultural expression as mechanisms of social movements and political organization. Ball is a columnist with, and produces a weekly radio column for, BlackAgendaReport.com. He is producer and host of the "Legacy Edition of We Ourselves" which airs Fridays 10a-11a (EST) on Washington, DC's WPFW 89.3 FM Pacifica Radio and is also the founder and producer of FreeMix Radio: The Original Mixtape Radio Show, an emancipatory journalistic political mixtape. Transcript PAUL JAY, SENIOR EDITOR, TRNN: Welcome to The Real News Network. End of Transcript More Info Comments

Marvel Comics Apologizes for Offending Tea Partiers in &#039;Captain America&#039; Story -- Politics Daily Washington Reporter Marvel Comics' "Captain America" -- about a superpatriot who fought Nazis in World War II and chased flag burners during the Vietnam War -- is one of the longest-running, best-loved comics in American history. But, Marvel recently apologized for having a story align too closely to the politics of the moment, Yahoo News reports. While infiltrating a right-wing, anti-government militia group known as the "Watchdogs," Captain America encounters mobs of what appear to be Tea Party protesters. In one scene, Captain America and his African-American sidekick, The Falcon, observe an anti-tax protest from a rooftop, which features a gathering of mostly white faces carrying signs with slogans like "Stop the Socialists!" Responding to the outrage that ensued, Marvel editor Joe Quesada said he could "absolutely see how some people are upset about this," but said there was "zero discussion to include a group that looked like a Tea Party demonstration.

Everything you ever wanted to know about anarchism This classic statement of anarchism was written by a diverse group of anarchists in Cardiff around 1980 and it is an interesting historical record of the optimism of mainstream anarchist thought at that time. There is probably more rubbish talked about anarchism than any other political idea. Actually, it has nothing to do with a belief in chaos, death and destruction. Anarchists do not normally carry bombs, nor do they ascribe any virtue to beating up old ladies. It is no accident that the sinister image of the mad anarchist is so accepted. The State, the press and all the assorted authoritarian types, use every means at their disposal to present anarchy as an unthinkable state of carnage and chaos. The alleged necessity of authority is so firmly planted in the average mind that anarchy, which means simply 'no government' is almost unthinkable to most people. Yet there are a limitless range of possible societies without the State. Our rulers claim to be protecting us from each other.

This Means War! Campbell's New Ministry Final Straw for Environmentalists What has raged as an undeclared war between conservationists and the Campbell government starting in 2001 became a declared war when Gordon (Pinocchio) Campbell trotted out a new cabinet. For those of us dedicated to preserving our birthright, this war was formally declared when Campbell created an entirely new ministry called Natural Resource Operations as a one-stop-shop for permits in B.C., covering everything from large independent power projects to one-day hunting licences. Campbell said the aim is to “streamline access to B.C.’s natural resources …The drive has always been to try and increase more investment in the province, to increase our export opportunities.” The new minister Steve Thomson (Steve WHO?) is given responsibility for a wide range of natural resource approvals, including approvals related to: (The bolded powers are those of special concern to environmentalists). What power is left to the Environment Minister? Is this over the top? These meetings were fixed. Rafe Mair

I Don&#039;t Even Want To Be Alive Anymore | The Onion - America&#039;s Finest News Source I know there are a lot of people out there who are upset about some of the things I've been saying on my radio program lately. My comments about the situation in Haiti have hurt and angered many Americans who genuinely care about the plight of the Haitian people, and that hurt and anger will likely never go away. Many of you are probably wondering, "What would compel a human being to say things like that?" Well, here's your answer: I am a very bad person. Try to look at it from my point of view. I don't enjoy that stuff. The irony is that, even if I did die, the hell I would surely be sent to could not possibly be any worse than the bottomless pool of excrement I already paddle around in like some demented, shit-covered walrus. What the fuck is wrong with me? I live in constant terror and that terror informs my every word, thought, and action. See, the thing is, I honestly cannot control the bilious hatred and filth that oozes out of my mouth. But what can I say? You know what?

Neuroscience of Free Will Neuroscience of free will is the part of neurophilosophy that studies the interconnections between free will and neuroscience. As it has become possible to study the living brain, researchers have begun to watch decision making processes at work. Findings could carry implications for our sense of agency and for moral responsibility and the role of consciousness in general.[1][2][3] Relevant findings include the pioneering study by Benjamin Libet and its subsequent redesigns; these studies were able to detect activity related to a decision to move, and the activity appears to begin briefly before people become conscious of it.[4] Other studies try to predict activity before overt action occurs.[5] Taken together, these various findings show that at least some actions - like moving a finger - are initiated unconsciously at first, and enter consciousness afterward.[6] A monk meditates. Overview[edit] -Patrick Haggard[6] discussing an in-depth experiment by Itzhak Fried[13] Criticisms[edit]

New Must-See Video: Corky Evans on Social Democracy Watch this moving speech by retired Kootenay MLA Corky Evans at The Common Sense Canadian’s “Take Back Our BC” townhall tour event in Nelson, BC. The inimitable Evans discusses globalization, the loss of our social democracy, and the need for citizens to become engaged in the political process to reclaim their environment and public resources. Damien Gillis Damien Gillis is a Vancouver-based documentary filmmaker with a focus on environmental and social justice issues - especially relating to water, energy, and saving Canada's wild salmon - working with many environmental organizations in BC and around the world. More articles by Damien Gillis » Humor and Hypocrisy from the World of Politics frontline: the persuaders: neuromarketing But 30 years after the commercials debuted, neuroscientist Read Montague was still thinking about them. Something didn't make sense. If people preferred the taste of Pepsi, the drink should have dominated the market. What he found was the first data from an entirely new field: neuromarketing, the study of the brain's responses to ads, brands, and the rest of the messages littering the cultural landscape. Neuromarketing, in one form or another, is now one of the hottest new tools of its trade. Getting an update on research is one thing; for decades, marketers have relied on behavioral studies for guidance. That last piece of research is particularly worrisome to anti-marketing activists, some of whom are already mobilizing against the nascent field of neuromarketing. Ruskin might be consoled by the fact that many neuromarketers still don't know how to apply their findings. With Commercial Alert's campaign thwarted for now, BrightHouse is moving forward.