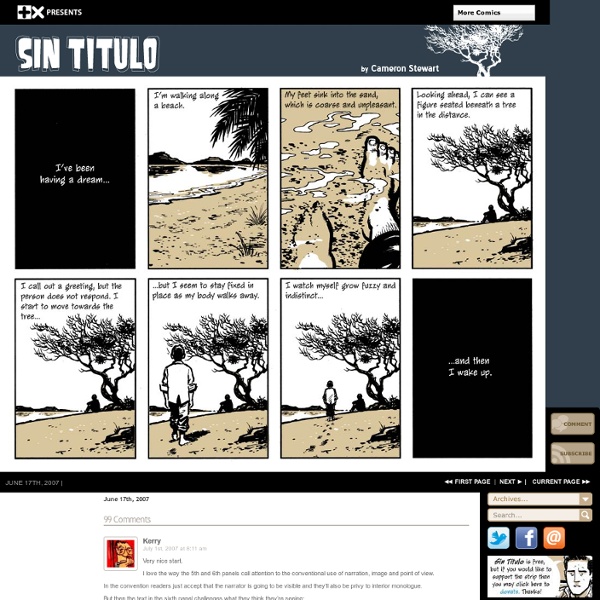 RedInkRadio Top Ten Online Comics of 2012 @ Comics Bulletin Hi. Our endless year-end coverage continues with a bunch of comics you could read for free online. That's right, we're doing The Best Online Comics of 2012. There are roughly 7 million online comics, so in choosing ten we left out lots of really good ones -- probably some of your favorites. I chose a bunch of one-off stories while my peers chose their favorite longform webcomics. I really wanted to put Eat More Bikes on here but there wasn't room, so enjoy that as a secret eleventh entry. - Danny Djeljosevic Bouletcorp (Boulet) english.bouletcorp.com Bouletcorp is a French journal webcomic by French cartoonist Boulet (which I thought was pronounced "Booleh" like someone vomiting, but it's actually "Boo-Lay" like a strange kind of cheering noise), and by now he has made nearly every sort of comic you can within that format. - Logan Beaver Virginia (Sam Humphries, Pete Toms; Study Group) studygroupcomics.com "Why do I make drawings when they make me feel wicked terrible?" - Danny Djeljosevic